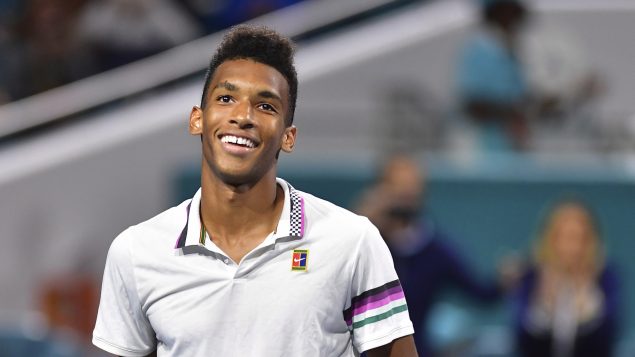 Felix Auger-Aliassime is seen after defeating Borna Coric of Croatia, in the quarterfinals of the Miami Open tennis tournament on Wednesday. He faces John Isner in the semifinals on Friday. (AP Photo/Jim Rassol)

Stop me if you’ve heard this one.

An 18-year-old Canadian kid is stealing the show at a major tennis tournament in the United States.

All he’s done so far is come through qualifying to reach the semi-finals at the ATP event in Miami, Florida.

On Wednesday, Auger-Aliassime knocked off No. 11 seed Borna Coric in straight sets. 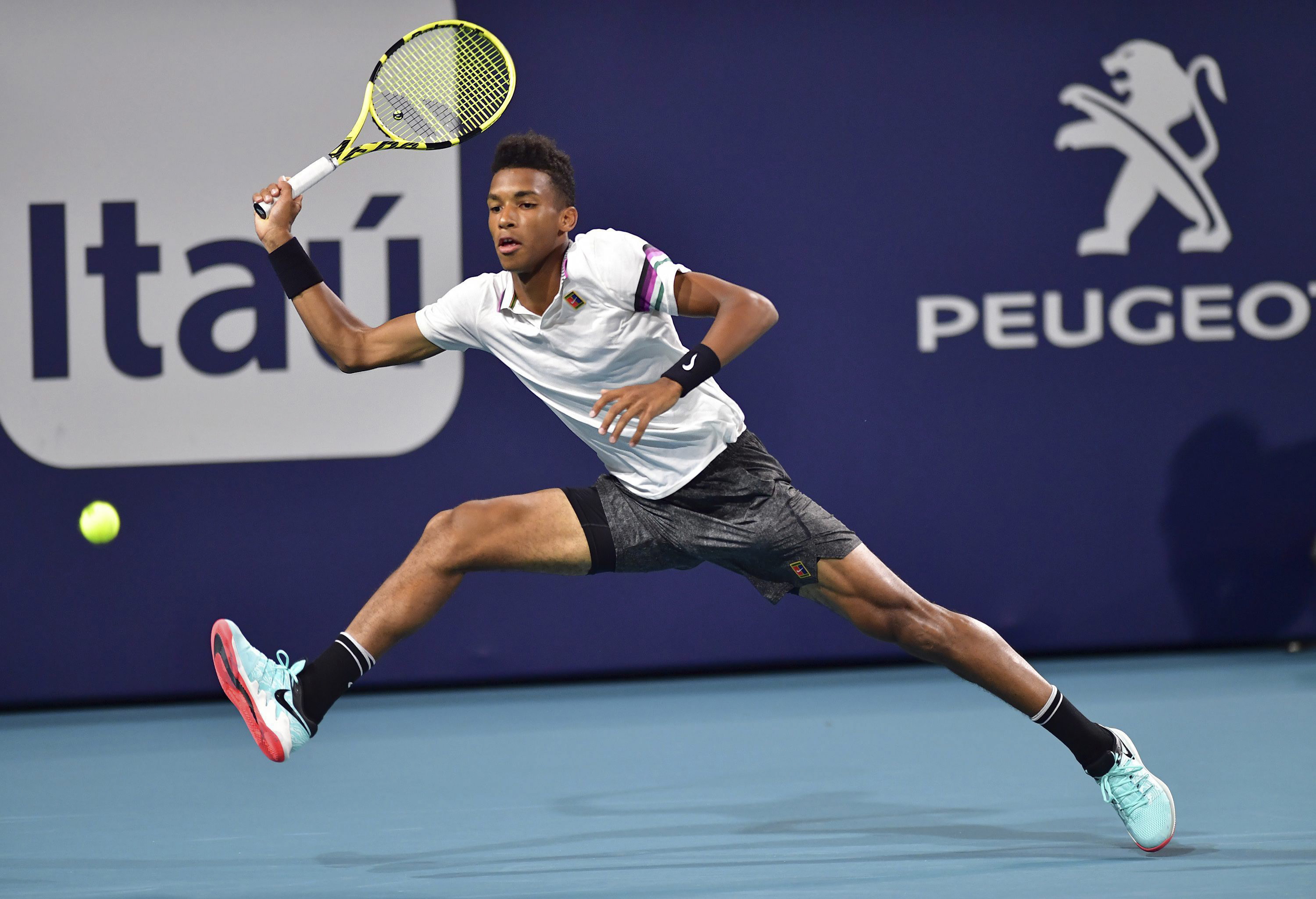 Auger-Aliassime, who is 18, runs down a shot from Coric on Wednesday, demonstrating his remarkable speed. (THE CANADIAN PRESS/AP-Jim Rassol)

On Friday, he meets John Isner for a spot in Sunday’s final.

Who else still has a shot?

Roger Federer is still in contention, so is that tall drink of water Kevin Anderson, the No. 6 seed, as well as No. 28 seed Frances Tiafoe.

Is that a Canadian I see?

Looks to me like Denis Shapovalov, the No. 20 seed. 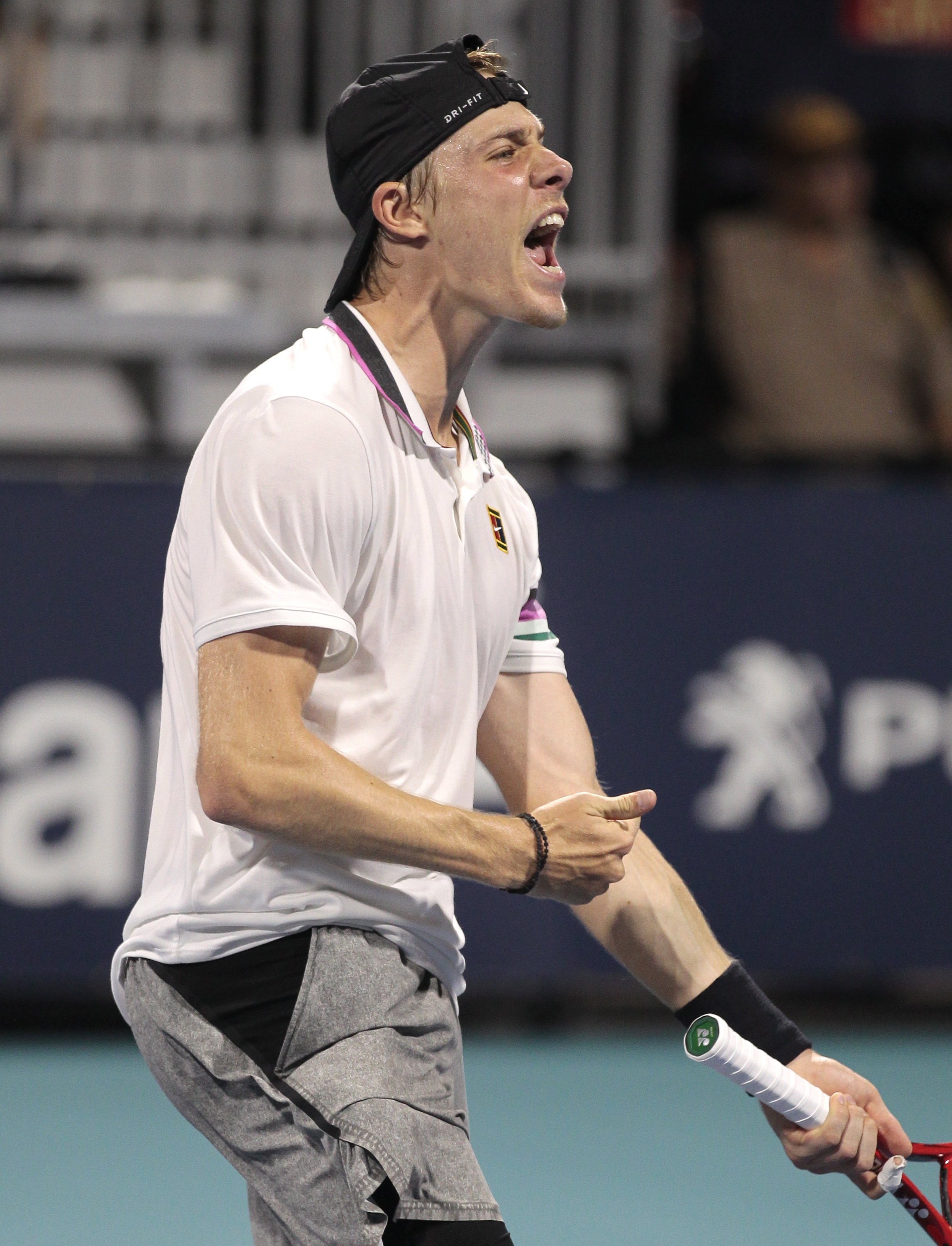 All four were due to play Thursday.

We, of course, know not how any of this will play out, but the possibility exists that Auger-Aliassime and Shapovalov–the best of friends–could meet in Sunday’s final, though let’s be clear: it a very, very long shot.

The last–and likely the only–time in the open era anything resembling this occurred was in Washington in 2014 when Milos Raonic defeated stablemate Vasek Pospisil and that was at at ATP 500 event.

For more on Auger-Aliassime (and Shapovalov), I spoke with Stephanie Myles, the editor-in-chief of the web site tennis.life, who is also covering the Miami event for Canadian Press and the Réseau des Sports.