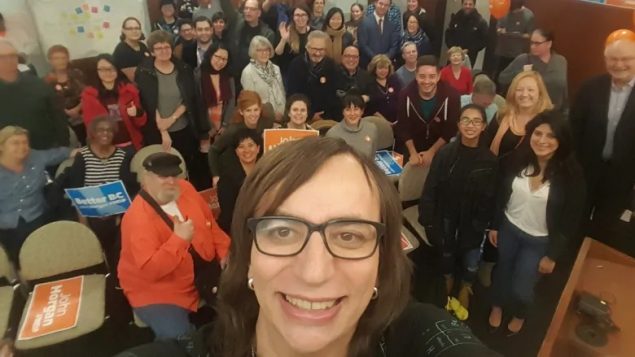 Morgane Oger celebrates her nomination on Nov. 27, 2016, when she was chosen by the B.C. NDP to be the party's candidate for the Vancouver-False Creek riding in B.C.'s 2017 provincial election, thus becoming the first transgender person to be nominated by a major political party as a candidate at any level of government in Canada. (Morgane Oger/Twitter)

The battle pitted an anti-gay activist against a Vancouver trans woman running for office in British Columbia.

It started during the 2017 provincial election when William Whatcott, who refers to himself as a Christian activist, printed and distributed 1,500 flyers in the Vancouver-False Creek riding where Morgane Oger was running as the NDP candidate.

It ended Wednesday when the B.C. Human Rights Tribunal sided with Oger and ordered Whatcott to pay $55,000 in costs and compensation.

The posters called Oger a “biological male who has renamed himself…after he embraced a transvestite lifestyle,” expressed concern about the promotion and growth of “homosexuality and transvestitism” and described being transgender as an “impossibility” that constitutes a sin.

The flyers went on to state that transsexuals were prone to sexually transmitted diseases and at risk of domestic violence, alcohol abuse and suicide. 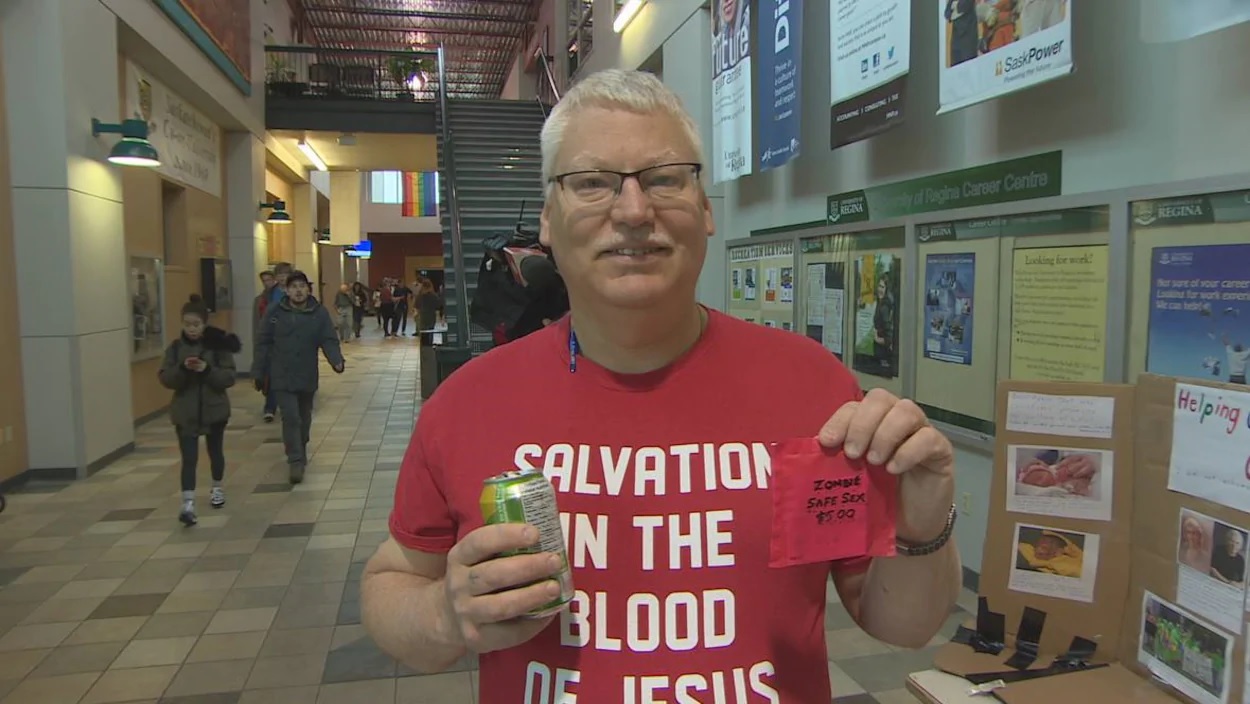 “Thankfully Jesus Christ paid the price for your sin,” the flyers concluded.

“You can turn to the merciful Christ and ask for forgiveness and when the NDP come knocking at your door, you can tell them, you won’t vote for them because you believe in God’s definition of gender and marriage.”

Oger, who lost the election by 400 votes, filed a compaint with the tribunal, which ruled that Whatcott had resolved to stop Oger from being elected solely because she is transgender and without researching her platform or policies.

The discrimination against Oger was “severe, intentional and designed to interfere in her participation in political life,” wrote tribunal member Devyn Cousineau.

“It drew on the most insidious stereotypes and myths about transgender people and called on the electorate to conclude that Ms. Oger was, by sole virtue of her gender identity, unsuitable for public office.

“I have concluded that the effect of the flyer was to expose Ms. Oger to hatred and contempt. This is unquestionably a serious and damaging form of discrimination.”