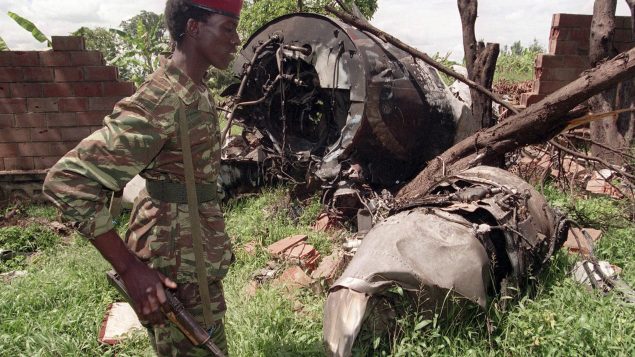 Canada’s Governor General Julie Payette will go to Rwanda from April 4 to 9, 2019 to attend the 25th commemoration of the genocide honouring the more than 800,000 victims. At the time, Canadian General Roméo Dallaire headed a United Nations peacekeeping mission which was unable to stop the slaughter. Upon his return to Canada he despaired and tried to take his life. He later wrote a book about the horrors called Shake Hands With the Devil. 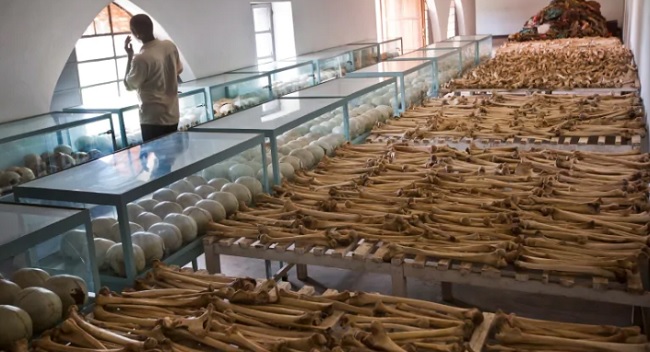 Rows of human skulls and bones formed a memorial to people who died in a church in the village of Nyarubuye, the scene of one of many massacres. (Ben Curtis/The Associated Press)

“We remain committed to working with partners to promote international human rights and prevent atrocities like this from ever happening again,”   reads a statement from the office of the prime minister of Canada.

It mentions the development of the Vancouver Principles On Peacekeeping and Preventing the Recruitment and Use of Child Soldiers which have been endorsed by 79 nations including Rwanda. And it notes the Kigali Principles were established in 2015 to better protect civilians in peacekeeping operations.