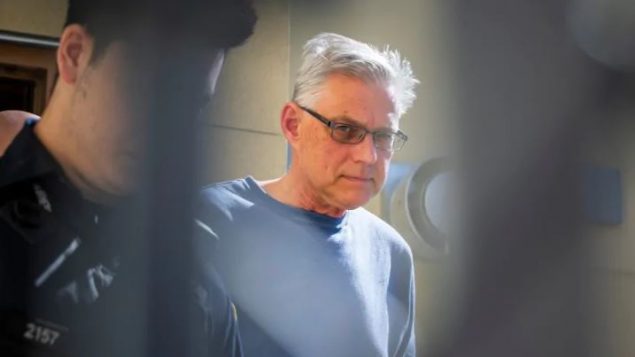 John Brittain, 60, walks into provincial court in Penticton, B.C. in handcuffs on Tuesday morning for his first court appearance after being charged with four counts of murder in connection with a deadly shooting spree in the city on Monday. (Ben Nelms/CBC)

Police in the Southern Interior of British Columbia have charged a 60-year-old man in connection with a string of fatal shootings that that killed four people in the city of Penticton Monday morning.

John Brittain, 60, has been charged with three counts of first-degree murder and one count of second-degree murder. CBC News reports that Brittain, a registered engineer in B.C., worked in development services for the City of Penticton until his retirement in 2016.

Officials with the Royal Canadian Mounted Police (RCMP) said two adult males and two adult females were killed in three locations located within in a 5-kilometre radius downtown Penticton, a city in the Okanagan Valley.

South Okanagan-Similkameen Supt. Ted De Jager said police are confident that the gunman acted alone and that there is no further threat to the community.

“Our preliminary investigation has determined that the accused and each of the victims were known to each other, the question of motive remains under investigation,” De Jager told reporters Tuesday. 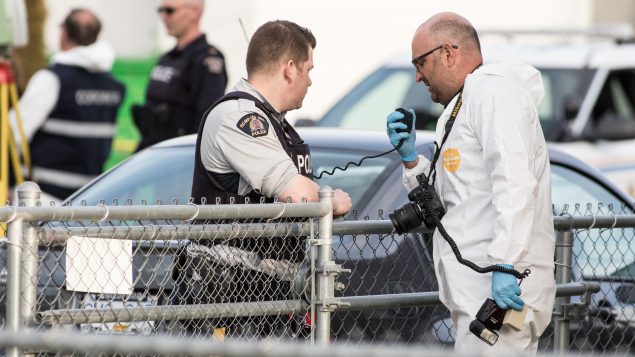 De Jager said the victims’ families have asked for privacy and there is no investigative need to release their identities.

“At this time the investigation continues across multiple crime scenes but we are hopeful that we’ll be able to begin to release those sites later today,” De Jager said.

The first report of the shooting occurred just after 10:30 am, as police were called to the area of Westminster Ave. and Haynes St. for a report that a man had been shot, De Jager said.

Officers backed by a K-9 unit and a helicopter immediately flooded the area in an effort to locate the gunman. While police were en route, a second caller reported another person had been shot, De Jager said.

An hour later, a man matching the suspect’s description turned himself into the Penticton RCMP detachment, De Jager said.

“I recognize that these heartbreaking events have deeply impacted our community and will continue to do so for some time,” said De Jager. “I would once again like to thank everyone for their support and understanding when we were required to cordon off a large portion of the city while we conducted our initial investigation.”

Penticton Mayor John Vassilaki said he was very proud of the community’s response to the tragedy and how it rallied together in the aftermath of the shooting.