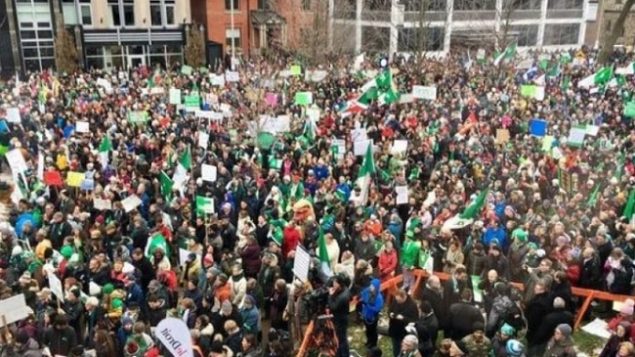 There were several protests in late 2018 after the government of Ontario province scrapped funding that was promised for a French-language university. (Gilles Taillon/Radio-Canada)

French-speaking people are a  minority in the province of Ontario and, as of May 1, 2019, they will no longer have an independent commissioner to advance their language rights.

The current French Language Services Commissioner of Ontario Francois Boileau has submitted his final report. In doing so, he called the elimination of his position “a step backward for the Franco-Ontarian community” which “is losing a pillar and its means of communicating with senior officials of the public service.”

Changes made to save money

To cut costs, the provincial government of Premier Doug Ford abolished the post of commissioner and will transfer duties to the office of the Ombudsman who the commissioner says “will not have the same latitude in setting priorities and taking early action to advance language rights.” 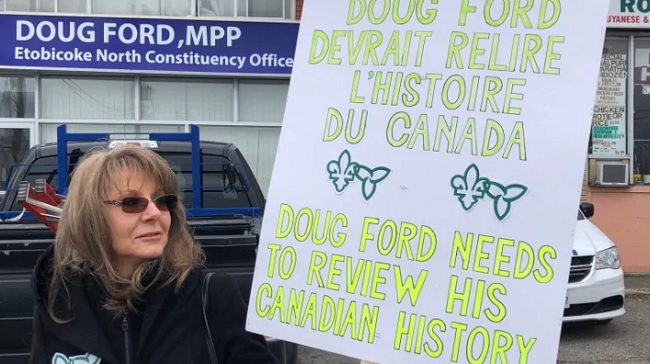 In December 2018, protesters called on the premier to ‘review his Canadian history’ referring to the country’s French and English roots. (Rozenn Nicolle/Radio-Canada)

The office of the commissioner monitors compliance with a law which guarantees an individual’s right to receive services in French from Government of Ontario. In 2018-19, it dealt with over 200 complaints and inquiries.It also supports Francophone health, justice and access to education.

The federal government of Canada has two official languages and the legal obligation to provide its services in both languages. English and French are recognized because they were the languages of the early settlers and colonizers. Only one provincial government, that of New Brunswick, is officially bilingual. Quebec is officially French. There are wide variations among provinces with regards the protection of their French or English minority communities.