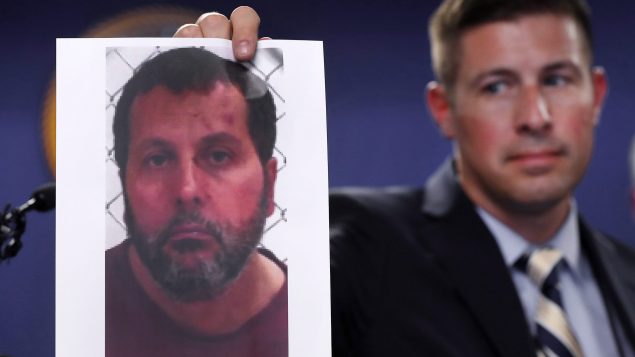 An FBI spokesman holds a photo of Amor Ftouhi who stabbed a police officer at a Michigan airport. (Paul Sancya/AP Photo)

A U.S. judge sentenced 51-year old Amor Ftouhi to life in prison for stabbing and nearly killing a Michigan airport police officer. Ftouhi had researched how to obtain guns in the U.S. but failed in his attempts to procure one. So instead he got a knife.

In 2017, Ftouhi drove 1,600 kilometres from Montreal to the airport in Flint, Michigan where he yelled “God is Great” in Arabic and repeatedly stabbed Lt. Jeff Neville. The officer was taken to hospital with life-threatening injuries but survived. 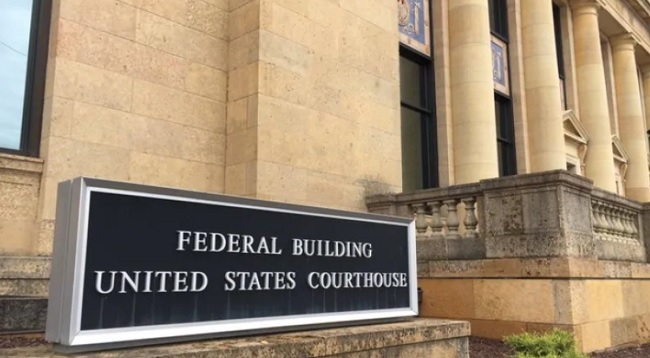 Evidence presented in court was said to have demonstrated that Amor Ftouhi was on a mission to kill police officers in the U.S. (Rose St-Pierre/Radio-Canada)

‘Jihad in his heart’

Attorney Matthew Schneider said evidence presented at the trial demonstrated that Ftouhi was on a “mission” to kill police officers in the United States in “an act of violent jihad.” He told the court he had no regrets about what he did, that he would do it again and he had “jihad in his heart,” according to reporter Rose St-Pierre of Radio-Canada.

In November 2018, he was found guilty of committing an act of terrorism transcending national boundaries and two other offenses.

Ftouhi is a native of Tunisia who came to Canada in 2007.