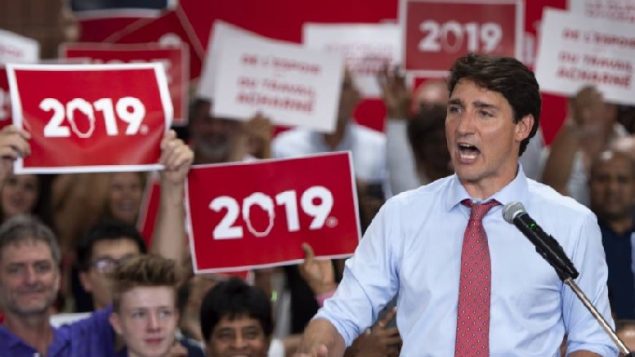 Liberal Prime Minister Justin Trudeau announcing in August 2018 he intends to seek re-election in Oct 2019 for a second term. A majority of Canadians feel there should be a limit of two four year terms for any politician. (Paul Chiasson-CP)

Canadians would like to limit politicians time in office

In the U.S, the length of time a president can serve is limited to two four-year terms only. This limit came into effect with the 22nd Amendment following the Second World War.

Many countries have other limits on leaders terms in power, many have no limits and have had the same person in power for decades.

Canada has no limits on the length of time a politician can serve.

A new survey shows a slim majority of Canadians are now in favour of imposing time limits on leaders in power. 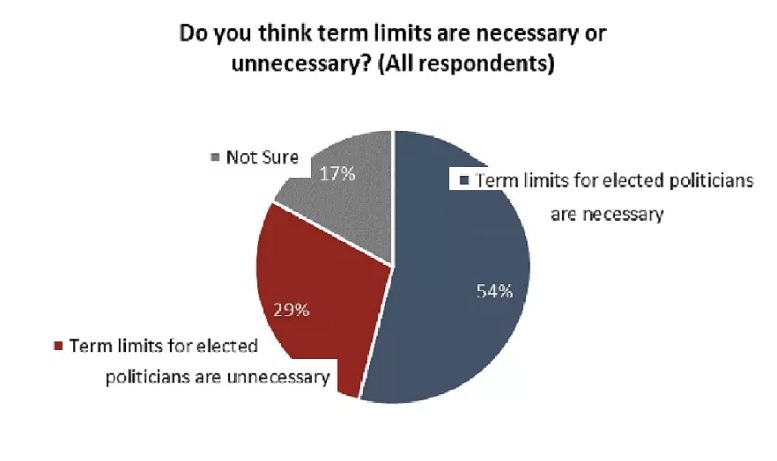 54% of Canadians think term limits for politicians are necessary. However an almost equal result says they could run again after a break of a few years. (Angus Reid Inst)

The poll by the non-profit Angus Reid Institute shows 54% of Canadians think limits are needed. The findings also suggest two terms of four years is the preferred option.  This applies to virtually all politicians including the Prime Minister, provincial and territorial Premiers. individual members of the federal Parliament and provincial legislatures, and to city mayors.

Those who favour limits say it’s necessary to prevent someone from building up too much power and finances. There is also the idea that individuals in power too long can lead to corruption. They also say regular turnover continually brings new ideas to governing.

Those who feel its unnecessary say it allows politicians to establish better connections with the people they govern.

The Liberal party and Prime Minister Justin Trudeau, currently in power federally in Canada are struggling in popularity after one term due to scandals and a backlash over policies including a carbon tax and are lagging behind the Conservatives in popularity polls with an election coming this fall..

Ontario last year voted for a Conservative Premier in a crushing defeat of Liberals after their 15 years leading the province.

This week Alberta voted in the Conservative Party deposing Rachel Notley of the New Democratic party after one term in office.

The general election in Canada is set for October.