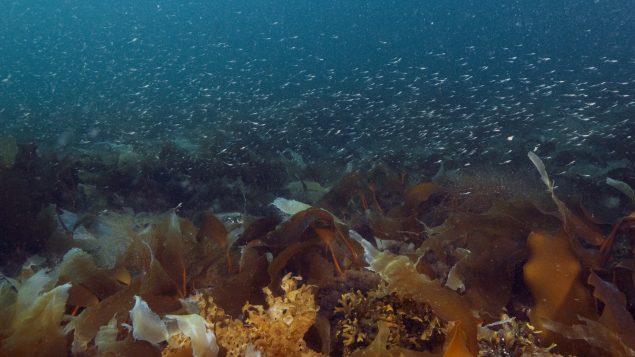 A kelp forest off the coast of Baffin Island in Nunavut, in the Canadian Arctic (Frithjof Kupper)

While much of the world attention has been focused on rapid sea ice reduction in the Arctic, the changes underneath the receding ice in parts of the Arctic Ocean have been no less dramatic, according to a Canadian researcher.

Karen Filbee-Dexter, a research fellow in Marine Biology at Laval University in Quebec City, says while climate change is decimating underwater kelp forests off the coast of western Australia, eastern North America, southern Europe and northern California, the lush forests of large brown seaweeds are thriving in the Arctic.

“The Arctic is one of the most rapidly changing coastal zones in the entire world, it’s warming much faster than the rest of the world, and we’re seeing these really dramatic declines in sea ice,” Filbee-Dexter told Radio Canada International in a phone interview from northern Norway.

“Most of the work in places like Norway, parts of Greenland, as well as some models of what this will look like have suggested that as we get less sea ice and less classic Arctic conditions, that these seaweed forests are actually expanding into our Arctic.”

(click to listen to the full interview with Karen Filbee-Dexter) 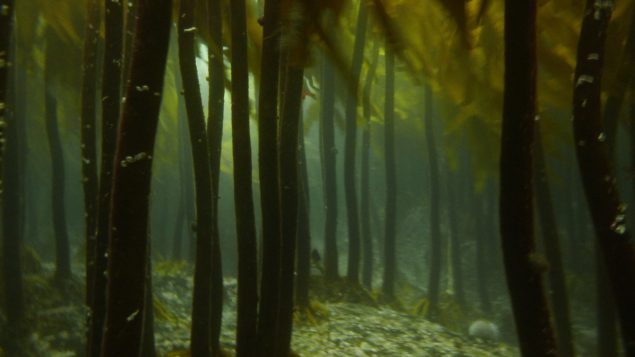 While we tend to think about changes as being negative, having increased algae and increased marine plant presence in the Arctic has a silver lining by making these ecosystems more productive and creating new opportunities, she said.

“Just like forests do on land they, actually, underwater can form these beautiful habitats that are homes for fish and animals, and they grow really fast, they are really quite productive and they’re quite valuable ecosystems,” Filbee-Dexter said.

Kelps are found all throughout cold water coasts but they extend all the way to the Arctic.

They occur on rocky coasts throughout the Arctic “anywhere you get rocks and have sunlight reaching the sea floor,” Filbee-Dexter said.

“They are actually remarkably adapted to live sort of hidden underneath the ice on these very remote Arctic coasts where you don’t have any forests; the whole land is quite barren but then you go under water and suddenly there is underwater marine forest there.”

However, the rapid warming of the Arctic introduces other variables that can make it more difficult for kelp forests to thrive.

In Canada, Alaska, Greenland, Norway and Siberia, permafrost soils that have been frozen for thousands of years are receding by leaps and bounds every year.

“Whether you’re going to have expansion of kelp forests is going depend on a combination of what happens on land and what happens in the sea,” she said.

The longest kelp recorded in the Arctic measured 15 metres and was found in Canada, and the deepest was found at 60-metre depth in Disko Bay, Greenland.

Kelps forests are similar to their terrestrial cousins in the way they create habitat and modify the physical environment by shading light and softening waves.

“We call them a nursery habitat, because they actually provide habitat for young species of fish… but then you also get crabs and lobsters, a number of different species, and then very tiny things, tiny invertebrates, which almost look like insects in the forest but they are really important for how the whole ecosystem functions,” she said.

A lot of kelp break off or are dislodged from the rock they attach to and end up in deep water habitats that essentially depend on food “raining down on them,” Filbee-Dexter said. 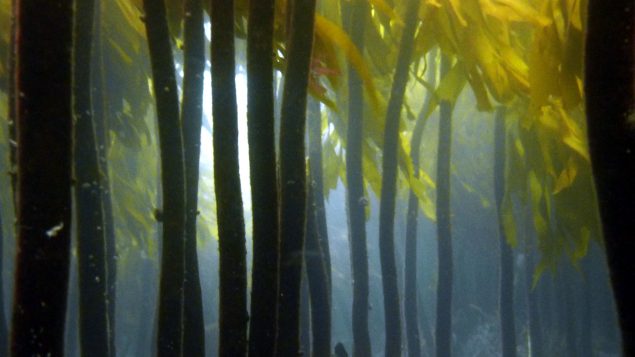 Originally from St. Margaret’s Bay in Nova Scotia, Filbee-Dexter did her PhD at Dalhousie University in Halifax, studying kelp forests there.

She then worked in Norway for two years on Arctic kelp forests, and recently got a Natural Sciences and Engineering Research Council of Canada (NSERC) fellowship and an ArcticNet proposal at Laval University.

Her work in Norway was funded by the country’s Institute of Marine Research, and the upcoming Canadian work is an ArcticKelp project awarded to Laval University.

Her research in Norway has been focused on understanding the resiliency of kelp forests, their ability to regenerate after being disturbed either by human activity or natural phenomena, Filbee-Dexter said.

It involved cutting down clearings in these underwater forests and seeing how long it takes for the ecosystem to regenerate itself.

Filbee-Dexter plans to repeat the same experiment in the Canadian Arctic, off the coast of the Inuit community of Pond Inlet in Nunavut at the end of August.

“The Inuit have an amazing amount of knowledge about where kelp are in the Arctic… we’re collaborating with Inuit fishers and community members, trying to combine knowledge and figure out where we can find kelp forests,” Filbee-Dexter said.

And while in southern Canada kelp, which is full of potassium, iron, calcium, fibre and iodine, is becoming a trendy food, popping up in restaurants, the Inuit have been eating kelp since time immemorial, she said.

“They dry it in various ways and they know when to collect it and what type of foods to use it with as a spice,” Filbee-Dexter said. “They’ve actually been using this resource and have a really good understanding of it.”