The federal government plans to spend $15.7 billion over the coming years to completely renew the coast guard’s ageing fleet, creating thousands of well-paying jobs at shipyards in British Columbia and across the country, Prime Minister Justin Trudeau announced Wednesday.

Under Canada’s National Shipbuilding strategy the majority of the new vessels for the coast guard will be built at Seaspan’s Vancouver Shipyards, Trudeau said.

To meet an “urgent gap” for the existing fleet the coast guard will also get two civilian versions of the Harry deWolf-class Arctic Offshore and Patrol Ships (AOPS) being built by the Irving Shipbuilding for the Royal Canadian Navy, he said.

“Canada has the world’s longest coast line and Canadians know it’s absolutely essential that we protect it, that we patrol it,” Trudeau said. 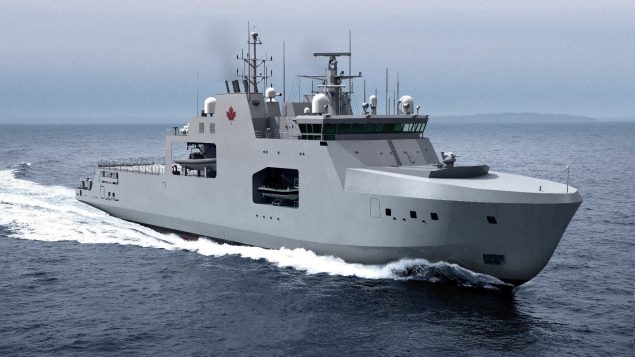 “But the ships just aren’t up for the demands of the job and that creates risks for their performance and significant extra costs,” Trudeau said. “Canadians deserve better than have this fleet rust out.”

In addition to the two refitted AOPS, the government plans to build 16 new vessels to replace ageing ships, six more than promised by the previous Conservative government, Trudeau said.

These new vessels will do everything from icebreaking on the Great Lakes, to fisheries patrol, to conducting pollution response, Trudeau added.

The fleet renewal is going to create jobs in everything from ship design and engineering, to construction, welding and inspection while strengthening this world-class Canadian industry, Trudeau said. 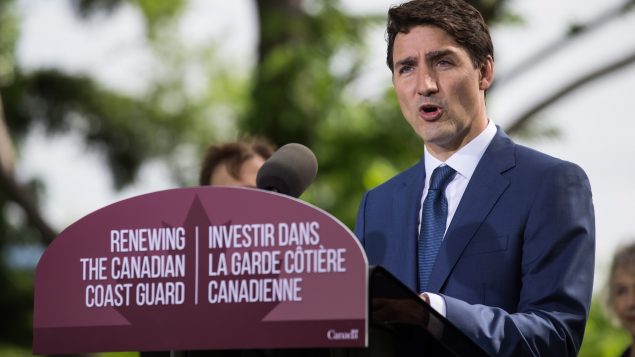 However, Seaspan’s Vancouver Shipyards and Irving Shipbuilding of Halifax, which have received the lion’s share of shipbuilding contracts under the NSS don’t have enough capacity to build all the new vessels, opening the way for a third shipyard to bid for some of these projects, Trudeau said.

That yard is likely to be the Davie shipyard in Quebec, another important electoral battleground as the Liberals battered by scandals prepare for the upcoming federal election in October.

“We recognize that it’s an opportunity for Davie to apply to become that third shipbuilding facility because there will be a tremendous amount of work in the coming years for workers in our shipbuilding industry right across the country from coast to coast to coast.”

Timothy Choi, a maritime strategy expert at the University of Calgary’s Centre for Military, Security and Strategic Studies, welcomed the announcement.

“This is great, and long-awaited news,” Choi said in an email.

“The second ‘half’ of the Canadian Coast Guard (CCG) renewal has been neglected in discussions to date, and the inclusion of the up-to 16 multipurpose vessels alongside the firmer announcement of the two additional AOPS shows the Liberal government is well aware of the grander, long-term rationale of the NSS: preventing boom and bust.”

Choi said he was glad to see that the two AOPS are being justified as offshore patrol ships rather than as icebreakers.

“As for the third yard, that’s a clever solution to ensure some of the CCG’s smaller vessels will be replaced in time without opening the Pandora’s Box of breaking promises made by the previous government to Seaspan,” Choi said.

“All of this is an impressive move complementing the Liberal government’s much-touted, but heretofore relatively leanly-funded, Oceans Protection Plan, and will help cement the government’s election promise of being a shipbuilding government.”

“We are delighted to see the government making a new commitment for new ships and equipment for the coast guard,” Cooke told Radio Canada International. “And we are excited to see new yards being included in the program for both new vessel construction as well as for repairs and refit.”

Asked about the shipbuilding announcement, Conservative Leader Andrew Scheer told reporters that the Liberal government has a track record of failing when it comes to procurement and he has little faith this renewal would be any different.

“One thing is clear to Canadians that this government does not have the capability to manage a procurement system in Canada for our armed forces,” Scheer said.