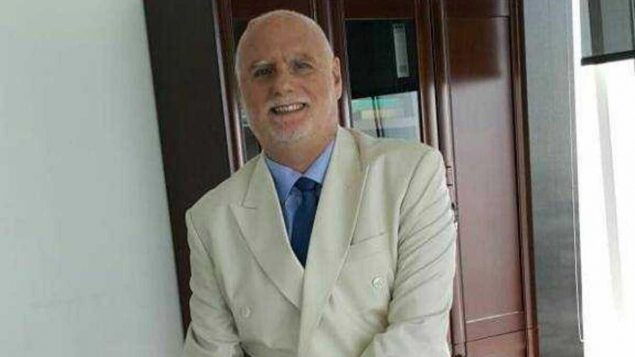 The family of Canadian entrepreneur André Gauthier, 65, is appealing to Prime Minister Justin Trudeau to secure his release from an Omani jail where he is awaiting extradition to the United Arab Emirates (Photo courtesy of Alexis Gauthier)

The family of a Quebec man detained in Oman and facing extradition to the United Arab Emirates is appealing to Prime Minister Justin Trudeau for help in securing his release and immediate return to Canada.

André Gauthier, an expert in precious metals trading, is being sought by UAE authorities after exposing a multimillion fraud and financial irregularities at Gold AE, a gold trading brokerage company he was hired to grow, according to the man’s son.

In a letter addressed to Trudeau, Alexis Gauthier said his father faces criminal prosecution in UAE despite the fact that he is the person who first discovered and exposed the fraud, and was later tasked with trying to recover the losses.

“I cannot emphasise enough how painful this situation has been for him and all of us who love and miss him,” he wrote.

“We are scared, exhausted, and heartbroken after years of struggling to free my father from the torment he has endured in the UAE.”

The family fears for André Gauthier’s health because he suffers from high blood pressure, his son wrote. 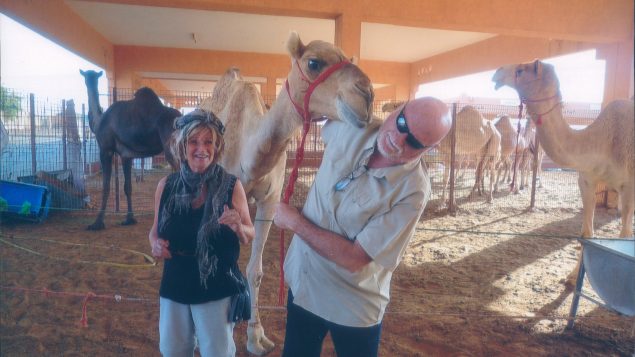 In 2013, André Gauthier moved to Dubai to work for Gold AE, a gold trading brokerage firm that had royal backing and a license to operate within the Dubai International Financial Centre. (Photo courtesy of Alexis Gauthier)

His father’s problems began soon after he was hired to what seemed like a dream job in Dubai in 2013, Alexis Gauthier said.

“It was an exciting and promising project back then, with royal backing and a license to operate within the Dubai International Financial Centre,” he said. “André saw great potential for expansion and became a minority shareholder.”

In 2014, he said, André Gauthier noticed some financial irregularities and eventually realized that nearly $30 million US was missing from the company’s accounts. His father, he said, suspected that top executives with the company, who were also the majority shareholders, were diverting funds for personal use.

Before a shareholders’ meeting could be called to deal with the matter, Alexis Gauthier said, the executives fled the country but managed to turn the tables by getting the police to investigate his father.

His father was arrested and spent nearly 16 months in detention from December 2015 to April 2017, Alexis Gauthier said.

“He has undergone a long and traumatic ordeal in the UAE, including over a year in arbitrary detention without charge, all because he remained in the country trying to recoup the losses suffered by Gold AE investors, and to restore the company to solvency,” he wrote.

After it became apparent that he could not receive a fair hearing in the UAE court system, he said, André Gauthier decided to return to Canada. However, he was stopped in Oman before he could board his flight and has been in detention for the last three months. 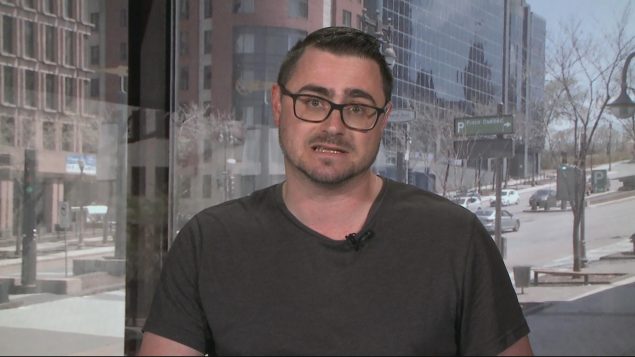 Alexis Gauthier says it will take a personal intervention by Prime Minister Justin Trudeau to secure the release of his father, André Gauthier. (CBC)

André Gauthier has a sterling reputation among his colleagues for his honesty, diligence and sense of responsibility, his son added.

“It is outrageous that the UAE is trying to lay the blame upon him for the crime he, himself, exposed,” he wrote.

“I appeal to you, Prime Minister Trudeau, to personally intervene with officials both in Oman and in the UAE, to prevent this grave miscarriage of justice from proceeding, and to bring my father home safely.”

Radha Stirling is the founder and CEO of the U.K.- and U.S.-based legal and human rights organisation Detained in Dubai, which is helping Gauthier. Stirling said the Canadian government should use all its influence to secure Gauthier’s release before he is returned to Dubai to face the emirate’s Kafkaesque justice system.

“Canada has entered into diplomatic conversations with Oman, so I’m hoping that Oman – not having really that strong of a relationship, it’s more of developing relationship with Canada – will see that as an opportunity to strengthen that relation,” Stirling told Radio Canada International in a phone interview.

“And hopefully, Oman will just let him go to Canada.”

Ottawa also should reach out to the UAE and work on getting them to drop the extradition request, Stirling said.

“The UAE has very strong trade and diplomatic relations with Canada, so I’m hoping that they just won’t want to jeopardize that and hopefully won’t want to scare away private investors from Canada who are looking to invest in the UAE,” Stirling said.

“Particularly, with the Dubai Expo2020 coming up, which Canada is really promoting, I don’t think they want this negative spotlight on the country.”

Ottawa is ‘closely monitoring the case’

Speaking to reporters in Ottawa Monday, Foreign Affairs Minister Chrystia Freeland said she is aware of the case.

“My parliamentary secretary Pam Goldsmith-Jones has spoken with the Omani authorities about it. Both she and my office are in touch with the family,” Freeland said. “I very much understand and sympathize deeply with the family. These are always difficult situations and we’re going to continue working hard on it.”

Due to the provisions of the Privacy Act, she added, no further information about the case can be disclosed.

Alexis Gauthier said he has little faith in Goldsmith-Jones’s ability to champion his father’s case, arguing it will take a personal intervention by Trudeau to secure his release.

Officials in Oman and UAE could not be immediately reached for comment.