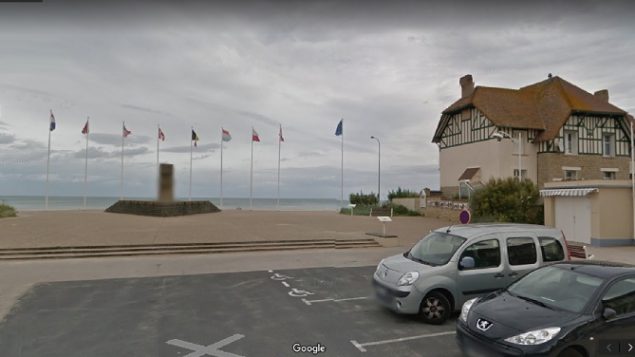 "Canada House" at the right in the Canadian sector of the landings is believed to be the first building liberated by the Allies. Veterans Affairs Canada has cancelled a visit by 40 elderly WWII veterans citing traffic congestion and concerns over their health. (Google)

Sorry, Canadian veterans won’t be at D-Day 75 event at Bernieres

The 75th anniversary of the Allied landings in Normandy to free Europe from the Nazis will be a huge event, but apparently not quite as huge as the occasion would normally suggest, at least not at the international ceremony in the evening of June 6.

For the first time, and on this major anniversary date, the international commemoration ceremony will be held at Juno beach. This is the eight kilometre stretch of the Normandy coast where some 14,000 Canadian soldiers landed as part of the Allied invasion force. And where Canadians are believed to have liberated the first building of the invasion, a large building now known as “Canada House” which overlooks the beach at at Bernieres-sur-mer. The stately building prior to the war was two semi-detached summer homes, a typical style of the time along the Norman coast. 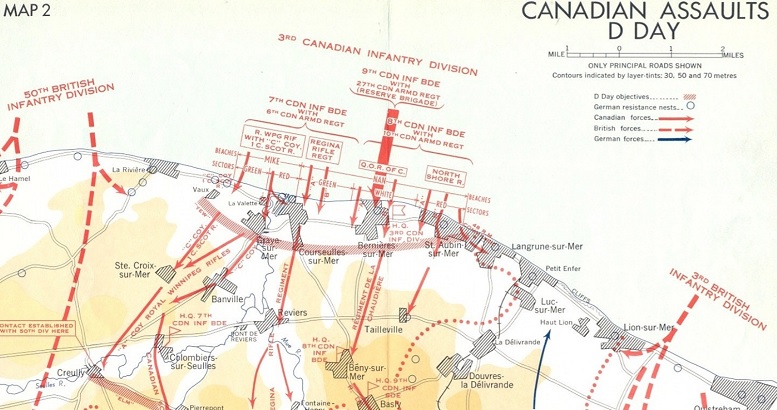 Map of Normandy coast showing Canadian landing area known as Juno beach, (From the village of Vaux to St Aubin and including the towns of Courseulles and Bernieres

But also for the first time, the President of France will not attend the international event to be held at Courseulles-sur-mer which is a short distance away.  According to French press reports, President Macron will instead spend the day at events elsewhere including those with American President Donald Trump and British Prime Minister Teresa May.

Canadian Prime Minister Justin Trudeau will be in France for a variety of events, but his itinerary has not been released as of yet.

However, the attendance by some 40 elderly Canadian veterans who had been scheduled to attend an event at Bernieres-sur mer and Canada House, has been cancelled by Veterans Affairs Canada.

In a statement emailed to RCI, Veterans Affairs wrote, “The Government of Canada considered sending its delegation to the first light ceremony organized by Queen’s Own Rifles of Canada at Canada House on June 6th. The health and well-being of our Veteran delegates is a top priority and, regrettably, given the already demanding June 6th itinerary, attendance is not possible. Veterans will have an opportunity to visit Canada House on June 8th, 2019”.

Most of the veterans are in their early to mid 90’s and they and family members, will however be occupied with several other visits, ceremonies, and events in and around Normandy on the June 6th anniversary date and throughout the week. 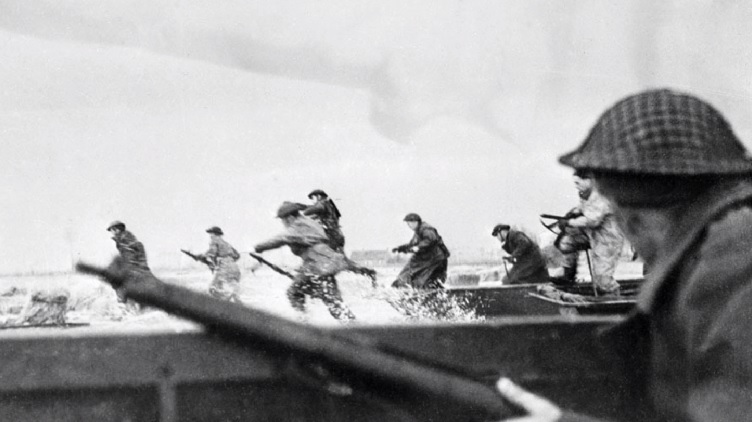 As for the Bernieres event, the local mayor was quoted in a French newspaper about the cancellation there saying ,”This is unbelievable and shameful! Our Canadian friends really wanted to come to Bernieres to pay homage to their comrades, and now they’re not going to let them, We had met with Canadian delegations to prepare the visit, now we look like fools. Bernieres, the bridgehead in 1944, was honoured to receive them” (C’est ahurissant et honteux ! Nos amis canadiens tiennent vraiment à venir à Bernières pour rendre hommage à leurs camarades et là on va les en empêcher. On avait reçu des délégations canadiennes pour préparer tout cela. On passe vraiment pour des guignols ! Bernières, tête de pont en 1944, était honorée de les recevoir.) 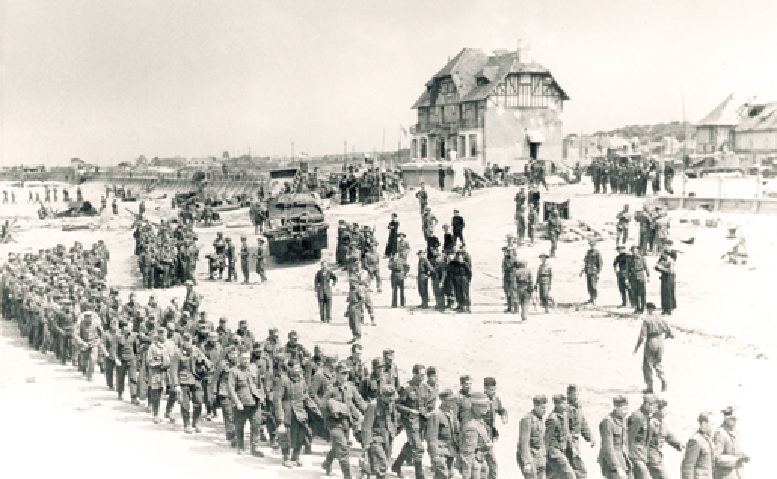 According to French government sources cited in the French press, some 8,000 people attended the 70th anniversary international commemoration in 2014 and about the same number at the separate France-U.S ceremony.  This year about 3,000 are expected for the international ceremony at Juno beach, and about 10,000-12,000 at the Franco -American event with the French and American Presidents.

(Note: the story has been updated on May 30 to indicate that the elderly vets and families will be attending many other official and non-official events during the week)