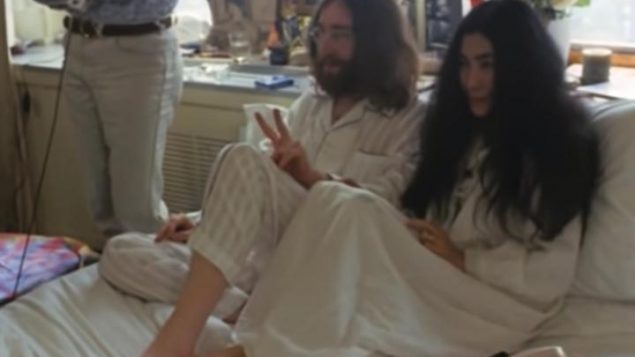 John Lennon and Yoko Ono in Montreal in 1969. (YouTube/Yoko Ono)

All they were saying was ‘Give Peace a Chance’…mostly

They’re doing some celebrating and some commemorating in Montreal this week about an event in a hotel bed that took place 50 years ago.

A lot of minds and eyes were pointed in Montreal’s direction back in late May and early June of 1969, trying to figure out what the heck was going on.

John Lennon and Yoko Ono were sitting in their pyjamas, painting signs and holding press conferences, mostly talking about peace. 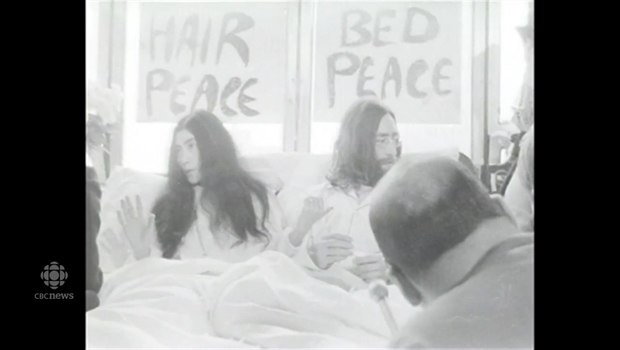 They also did a bit of singing.

They had recently married and since John was not allowed into the United States because of a marijuana conviction, Montreal was the place where they were going to make a statement and, maybe, sell some records.

After all, Canada had nothing to do with the war raging in Vietnam, and the prime minister, Pierre Trudeau, was considered something of a peacenik. He was, everybody said, friends with Fidel Castro.

So on May 26,1969 at midnight John Lennon and Yoko Ono checked into room 1742 of the Queen Elizabeth Hotel. 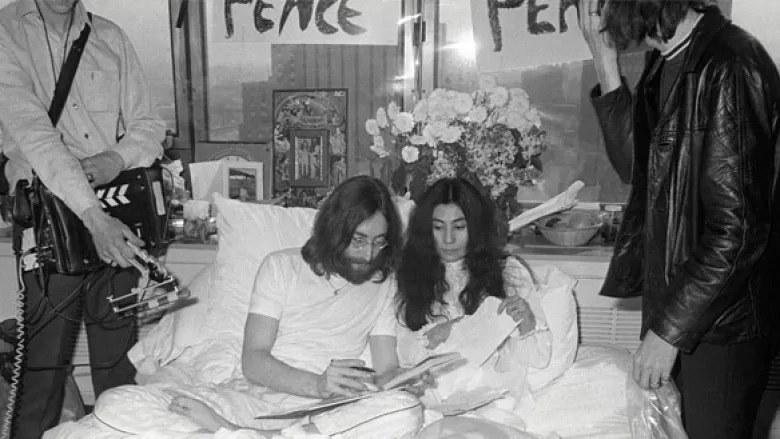 Lennon and Ono are flanked by journalists in Room 1742 of the Queen Elizabeth Hotel in Montreal. They settled into the corner suite rooms 1738,1740 and 1742 at midnight on May 26, 1969, and over the following seven days spoke and sang about peace with visiting guests. (Jacques Bourdon/Le Journal de Montreal/Montreal Museum of Fine Arts)

They would spend the next week there joined by various and sundry fans, critics, supporters, musicians, disc jockeys, hangers-on and U.S. draft resisters, including Joseph Mark Glazner, whose book Life After America provides a whole of lot of insight into all of it.

Like many events of the 1960s, the Montreal bed-in has been idealized as the legend has grown, but as Glazner explained Thursday in a phone conversation from Toronto, everything wasn’t as simple or straightforward as it might appear from a distance. 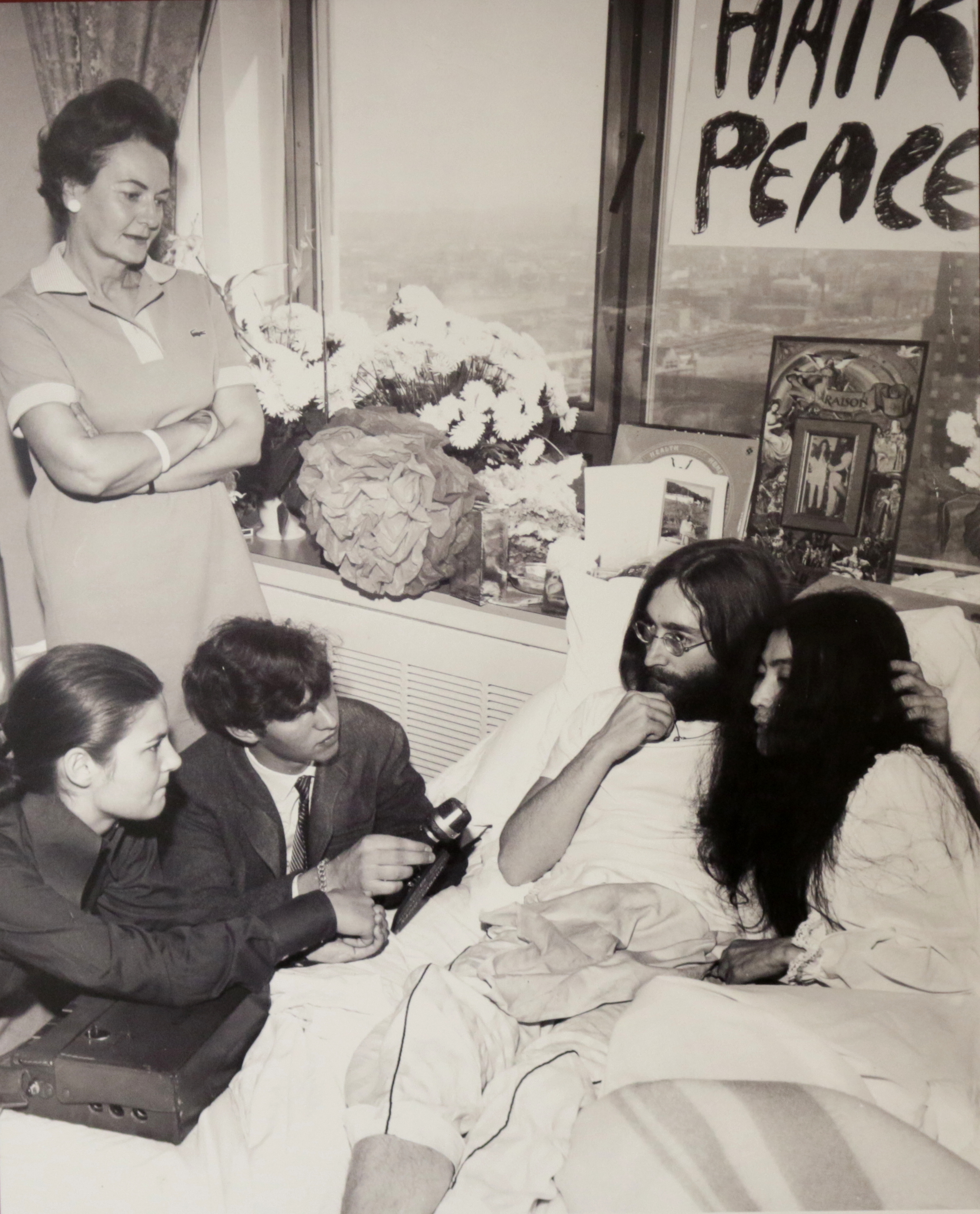