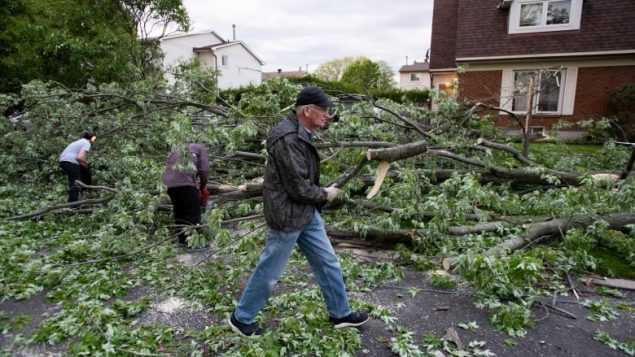 Residents in eastern Ontario and western Quebec around the national capital Ottawa, were surprised to see funnel clouds racing across the region on Sunday evening.

The tornadoes also surprised weather officials who saw no typical warning signs in their radar images.  There was some criticism that tornado warnings were late, even after the tornadoes had passed some areas. 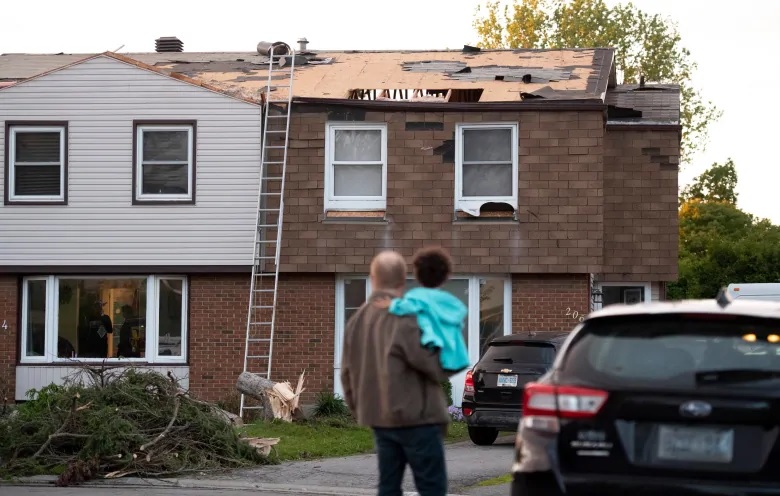 The tornadoes were classed as EF-1, meaning winds up to 135 km/h.  Fortunately however, damage was limited, mostly to shingles ripped off roofs and broken trees with some downed power lines, and only one minor injury was reported

This weekend’s severe weather comes only several months after a series of tornadoes ripped through the same region last September causing severe damage to a number of neighbourhoods and towns in the region, with several homes and businesses destroyed along with power blackouts. At that time at least one was classed as EF-3 with winds of 265 km/h, with others classed as EF-2, and EF-1. 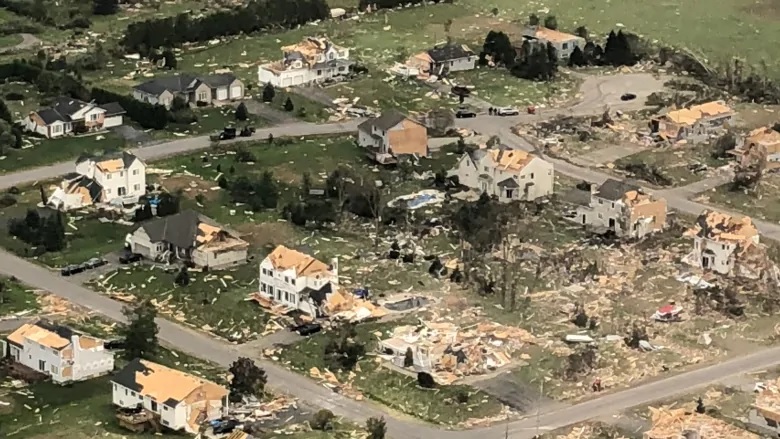 Jackie and Rick Morris of Stittsville took aerial photos of Dunrobin on Sunday, Sept. 23, 2018, two days after a tornado swept through the area near Ottawa. Fortunately this past weekend, the tornadoes were not as powerful. (Jackie & Rick Morris via CBC)

Tornados in the region have been relatively rare historically but not unheard of. Weather officials were hesitant about blaming climate change for the occurrence of tornados within the short time frame but noted that with continued global warming, such events might become more frequent.

City councillor. Matthew Luloff, of Orleans where much damage occurred says more must be done about preparing for climate change. Quoted in the CBC he said, “These events are becoming more and more frequent. And when you see tornadoes two years in a row and once in 100-year floods in 2017 and then in 2019, we really need to be taking a hard look at what we can do to shore up our critical infrastructure to keep people safe, and at the same time make sure that we’re not continuing to contribute to violent climate events like this”.