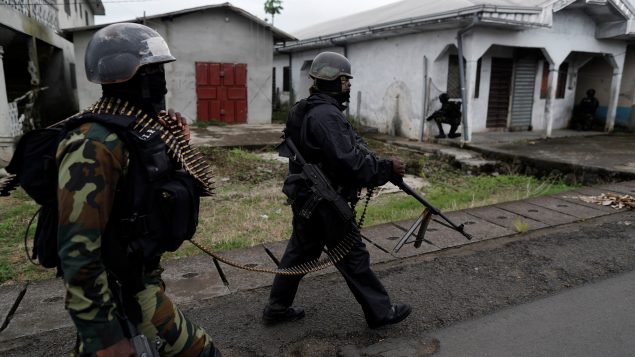 Canada ‘deeply concerned’ about escalation of violence in Cameroon

Canada is deeply concerned about the escalation of violence in the North-West and South-West regions of Cameroon, say officials with Global Affairs Canada.

The two regions are in the grip of an armed campaign by English-speaking militants seeking independence from the francophone-majority country.

On Oct. 1 2017, they declared the creation of the “Republic of Ambazonia,” covering the two English-speaking regions incorporated into post-independence Cameroon in 1961.

The government responded with a brutal crackdown, and the separatists in turn have mounted a campaign of attacks on state buildings, shooting and kidnappings.

“We condemn violent acts and deplore the significant loss of human life since the beginning of tensions in both regions,” Global Affairs spokesperson Amy Mills said in a statement to Radio Canada International.

“We have been alarmed by the reaction of security forces during recent peaceful demonstrations and the recent arrests of activists and politicians.”

Canada calls on all parties in Cameroon to exercise restraint, denounce hateful speech and engage in peaceful dialogue, she added.

“Canada is closely monitoring the situation in Cameroon and has raised its concerns, including on human rights issues, with the Cameroonian government on a number of occasions,” Mills said. “Canada continues to strongly encourage dialogue as the preferred means of resolving the situation.”

Canada has shared its readiness to assist Cameroon in its process for the return of peace as well as its openness to share its technical expertise and knowledge related to bilingualism and multiculturalism, she added. 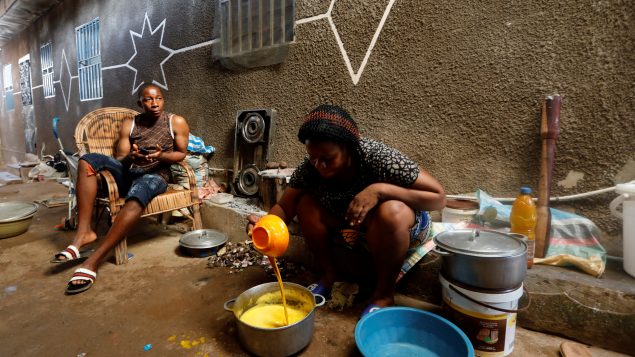 Honrne Waba, 40, who has fled the northwestern village of Njinikom because of violence cooks in the courtyard of the house where she is staying in Yaounde, Cameroon, Oct. 3, 2018. (Zohra Bensemra/REUTERS)

In April 2018, Liberal MP Matt DeCourcey, Parliamentary Secretary to Foreign Affairs Minister Chrystia Freeland, travelled to Cameroon, where he met with the Cameroonian government and expressed Canada’s concern over the situation and the need to maintain an open and inclusive dialogue, Mills said.

He also announced over $27 million in funding to humanitarian partners in Cameroon, Chad, Niger, and Nigeria.

The Canadian funding includes support to the International Committee of the Red Cross (ICRC), the World Food Programme (WFP), the Office for the Coordination of Humanitarian Affairs (OCHA), the Office of the United Nations High Commissioner for Refugees (UNHCR) and international NGOs, to provide life-saving assistance to crisis-affected communities, including displaced populations in the anglophone regions, she added.

The funding includes a $1 million contribution to the Norwegian Refugee Council to implement a multi-sectoral initiative in the North-West and South-West regions.

“Canada has supported and will continue to support civil society capacity-building initiatives in the North-West and South-West regions in different areas, including human rights, women’s and youth participation in democratic processes, community mediation and peace building, as well as local governance,” Mills said.

‘Cameroon refuses any interference in its internal affairs’ 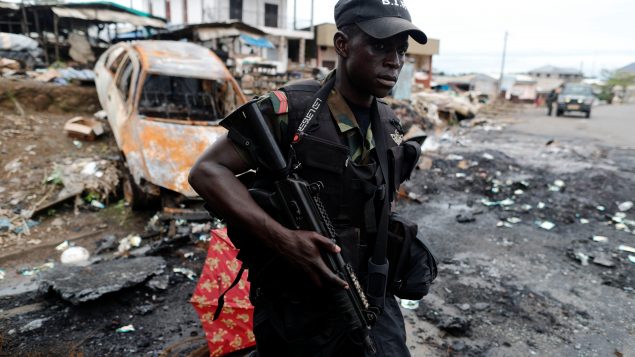 A Cameroonian elite Rapid Intervention Battalion (BIR) member walks past a burnt car while patroling in the city of Buea in the anglophone southwest region, Cameroon Oct. 4, 2018. (Zohra Bensemra/REUTERS)

However, in a statement by the Cameroonian Ministry of External Relations on May 13, officials in Yaounde dismissed international concerns about the situation in the country and warned against interference in its internal affairs.

“The government has up to now demonstrated a high sense of responsibility and sustained commitment to seek lasting solutions to the problems faced by our country, including the protection of human rights and humanitarian assistance given to victims of terrorism, which is causing a lot of havoc in the affected regions,” the statement said.

It also went on to remind the international community of “the clear failure of interventions in some areas of tensions in Africa under the initiative of other States.”

The government is working on finding solutions “that are genuinely Cameroonian and that reflect our own realities,” the statement said.