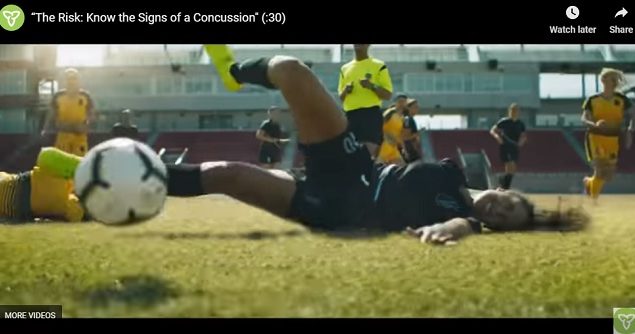 The ad shows a young soccer player taking a hit and collapsing on the field and ends with the words “Hit. Stop. Sit.” (Government of Ontario)

The death of a young rugby player has prompted the province of Ontario to run a new ad about concussions during the NBA finals airing tonight. The audience will be huge given that it is the first time a Canadian team, the Toronto Raptors, could win the basketball final and the country has just about gone wild with excitement. The ad has also been playing in cinemas across Canada. 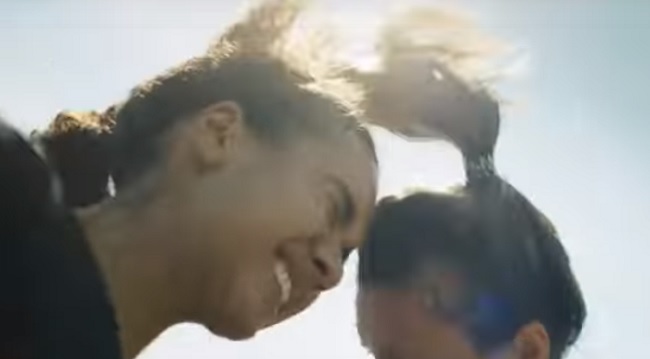 The ad is designed to draw attention to the effects of concussion which can be dangerous and are often overlooked. (Government of Ontario)

Law aims to ensure proper recognition and treatment of concussions

Rowan Stringer, 17, died in 2013 after having multiple concussions while playing rugby. This prompted the provincial government of Ontario to embark on an awareness campaign and to pass a law about concussions. The law obliges sports organizations to ensure that athletes, parents of young athletes and officials have reviewed concussion awareness resources yearly. They must also establish a removal-from-sport and return-to-sport protocol for athletes who have suffered a concussion. And they have to establish a code of rules to support concussion prevention.

The problem of concussions in sport has attracted increasing attention across Canada in both amateur and professional sport.