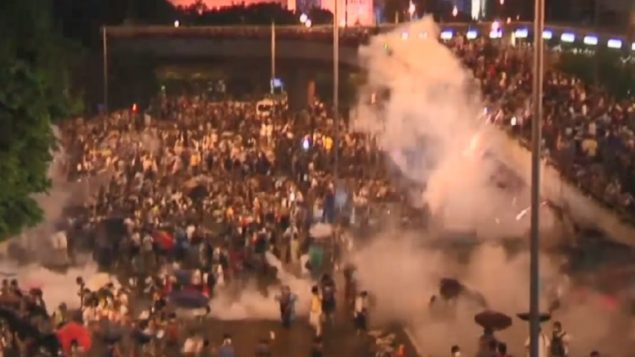 Protesters on the streets again last night in central Hong Kong. (via CBC)

Huge crowds were on the streets of Hong Kong again last night protesting a proposed extradition law with China.

Andrea Chun (J.D.) who emigrated from Hong Kong, is a Toronto lawyer, broadcaster and long-time commentator.

The protestors say the proposed law is another example of their eroding rights and freedoms in the semi-autonomous Hong Kong as China seeks to increase its control.

They have no confidence in the Chinese legal system and are concerned how this may affect the Hong Kong legal system. The rule of law has allowed Hong Kong to flourish as a safe place to do business. 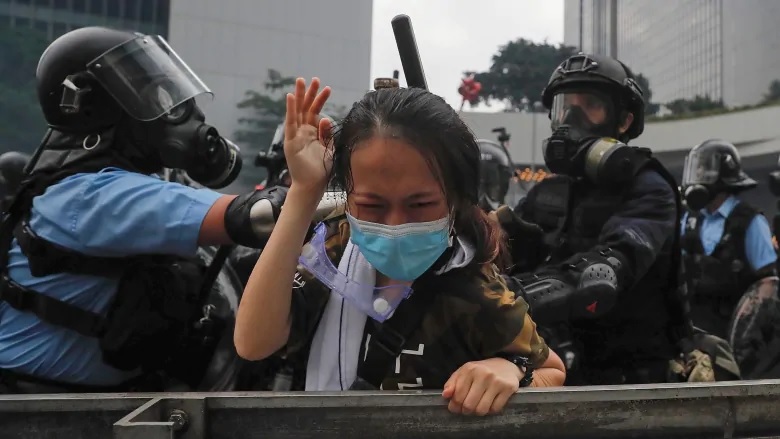 A protester is tackled by riot police Wednesday during a massive demonstration outside the Legislative Council in Hong Kong. Canada says it’s concerned about the potential effects the proposed extradition bill could have on the large number of Canadian citizens in Hong Kong. Organisers are reported to be telling people now to go home to avoid further injuries. (Kin Cheung/Associated Press)

Most residents however fear China is slowly reneging on the promise of 50 years of the “one state–two systems” policy which was guaranteed when Britain handed the region back to China in 1997.

Chun, as a lawyer, says judges in Hong Kong are already experiencing some pressure, and the new law would increase that pressure on them to conform to the central government’s wishes.  She says she’s not sure the system could survive with the added pressure. 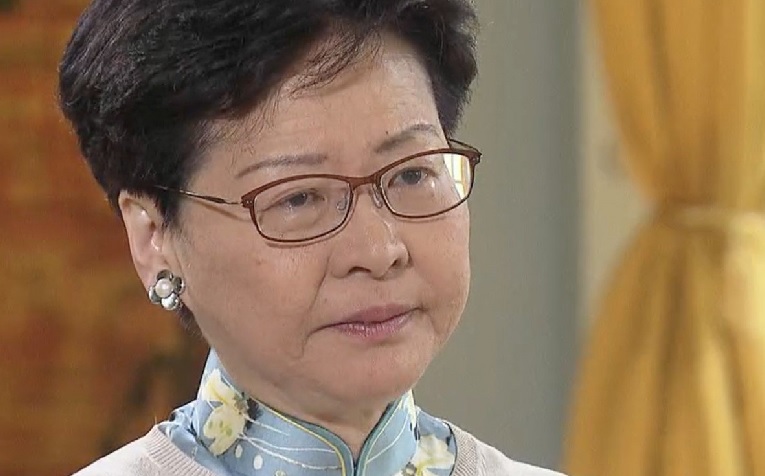 Hong Kong Chief Executive Carrie Lam appeared on local TV on Wednesday comparing herself as a mother who can’t give in to a spoiled child, referring to the protesters. and that she personally has sacrificed a lot for Hong Kong (TVB screengrab via Hong Kong Free Press)

There are some 300,000 Hong Kong residents with Canadian citizenship, and many others with Australian, U.S, and other citizenships. With the chilling atmosphere in the former British colony, Chun feels that while many of those may begin to leave out of fears of the future of the region, it’s still only a small segment of the some 7 million residents whom she says will not be able to leave as China continues to exercise its growing power and authority. However this flexing of Chinese muscle is not only in Asia, but as a growing world power that seems to have little concern for international criticism. 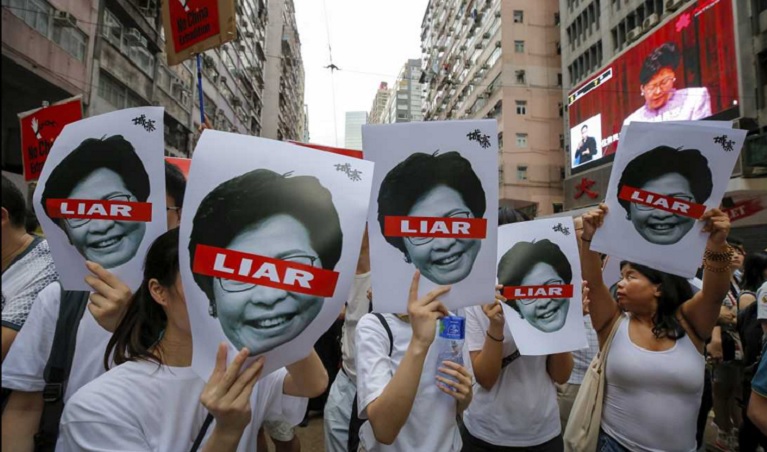 Yesterday Canada’s Foreign Ministry issued a statement which read in part, “”Freedom of expression and assembly are the bedrock of Hong Kong’s free society. It is vital that any legislation preserve Hong Kong’s high degree of autonomy, rule of law and independent judiciary.”

It didn’t take long for China to react, and rather bluntly, through its Canadian Embassy in Ottawa.

A statement today reads in part. “Hong Kong affairs are purely China’s internal affairs. No other country, organization or individual has the right to interfere in. (…) Since Hong Kong’s return to the motherland, the “One Country, Two Systems” policy has been faithfully implemented. Hong Kong people’s rights and freedoms have been fully guaranteed (…) No country should interfere in the internal affairs of other countries on the grounds of caring for its expatriates”.

Canada’s Foreign minister Chrystia Freeland said she often attempted to speak with her Chinese counterpart on the tensions between the two countries, but with no success. It has also come to light that China had also ignored a direct request from Prime Minister Trudeau to meet with China’s premier on the case of two Canadians detained by China on allegations of posing a security threat.