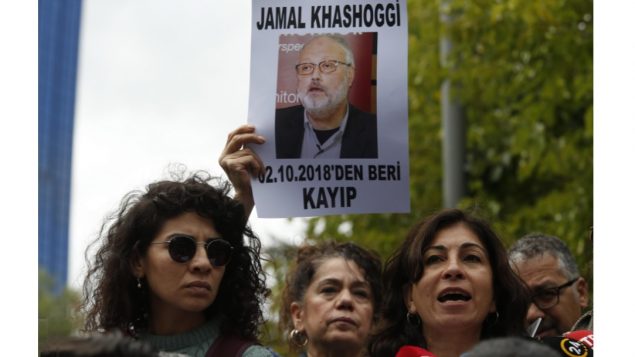 Members of a human rights association demonstrate outside the Saudi Embassy in Istanbul on Oct. 9, 2018, and speak to reporters about the disappearance of Saudi journalist Jamal Khashoggi a week earlier. (Lefteris Pitarakis/AP)

Human rights activists in Canada say they welcome new guidelines for Canadian diplomats working abroad aimed at enabling the work of human rights defenders around the world by ensuring their safety and security.

The guidelines offer practical advice for Canadian diplomats working around the world, and in Canada, to support human rights defenders who seek help.

“In many parts of the world, human rights defenders are at risk as a result of their courageous work and their willingness to speak truth to power,” Freeland said in a statement. “Canada and the international community need to be strong supporters of these brave individuals.”

Human rights defenders must be able to act freely and without any interference, intimidation, abuse, threats, violence or reprisal, she added.

Jackie Hansen, major campaigns and women’s rights campaigner with Amnesty International Canada, said the guidelines update a series of recommendations that were issued by the Liberal government of Prime Minister Justin Trudeau in 2016.

The new guidelines include some stronger details about the expectations of Canadian diplomats to support human rights defenders all around the world, Hansen told Radio Canada International.

“This is so very needed right now because human rights defenders are increasingly under attack all around the world,” Hansen said. “They are subject to smear campaigns, they’re being criminalized, they are subject to arbitrary detention and to violence.”

(click to listen to the full interview with Jackie Hansen) 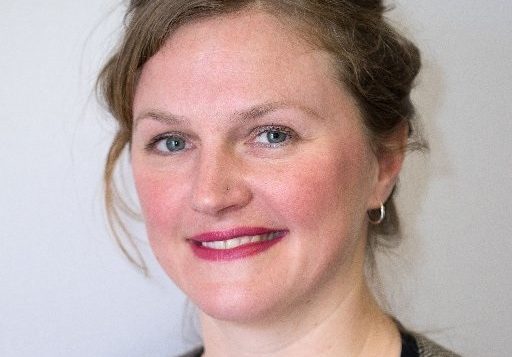 Knowing that Canada is stepping up its support for these activists is “incredibly welcome,” she said.

According to Front Line Defenders Global Analysis 2018, 321 human rights defenders in 27 countries were targeted and killed for their work in 2018.

More than three-quarters of these were defending land, environmental or Indigenous peoples’ rights, often in the context of extractive industries and mega projects.  More than 80 per cent of those killed had previously received a specific death threat.

“Now, that’s only activists who were murdered,” Hansen said.

In addition, thousands of activists around the world have been harassed, marginalized because of their work, and forced to flee the countries of their origin, she said.

“As populism is rising around the world, the space for civil society to peacefully advocate for basic human rights protections is getting smaller and smaller,” Hansen said. “And the activists who continue to do this work to expose human rights violations, and promote protection and respect for human rights are incredibly and increasingly at risk.”

But even in this context some forms of human rights activism are much more riskier than others, she added.

For Canada’s new guidelines to be effective in helping to protect and support human rights defenders, they will need to be accompanied by a comprehensive implementation plan and increased Canadian funding going directly to human rights defenders and the movements they represent, she said.

“We really need to see Canada transform these nice words into some very strong, very concrete actions that are actually going to make a difference in the lives of human rights defenders on the ground,” Hansen said.

“And that’s going to be the test of these guidelines. Do they concretely make a difference in the lives of activists who are very much at risk?”