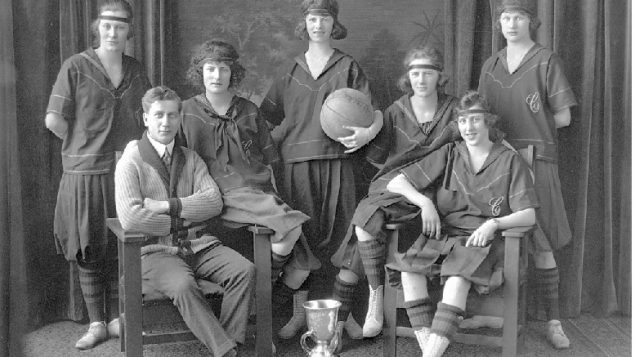 With the recent hoopla over the Toronto Raptor’s NBA win, one should not forget the start of the what is possibly the world’s best basketball team, and perhaps the winningest team in sports history period.

It was an all Canadian, all women’s team.

It began on this date when  girls at Edmonton’s McDougall Commercial High School formed a team, and began an incredible winning streak that stretched over 25 years.

RCI:2017- One of the best international teams ever yet almost unknown

After winning local and provincial high school games, the team continued as the Edmonton Commercial Graduates or “the Grads”. 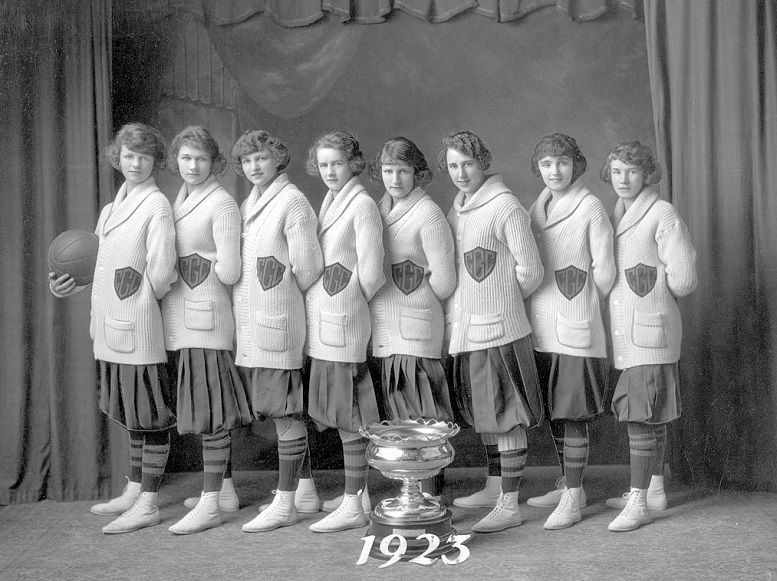 The Grads with the Underwood Cup, they won in 1923 against the U.S. and never lost. In that game they played in heavy wool socks, bloomers and knee pads against the American women in sleeveless jerseys and trim shorts with “world champs” emblazoned on them. The Grads were awarded the cup permanently in 1940. (Provincial Archives Alberta)

The team won the Canadian championship in 1922, and the NEXT year beat an American team –wearing “world champs” on their shorts, to take the Underwood Trophy which they held on to for 17 years until the team finally folded in 1940. 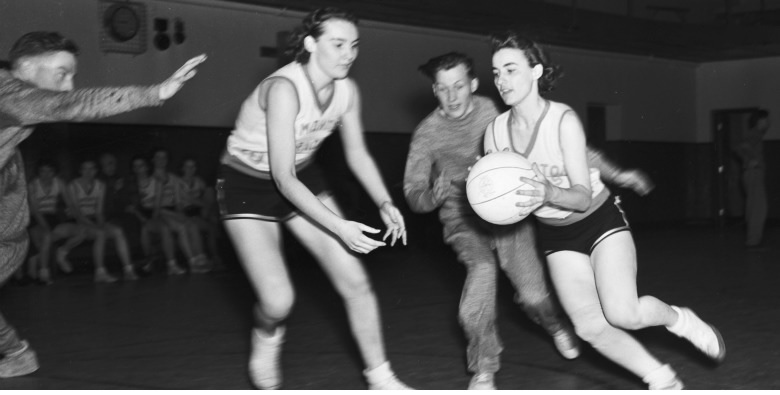 The Grads played in Canada, the U.S. and Europe. They played indoors and outdoors and also played against men’s teams, and almost always beat them as well (U Alberta Folio news)

The Grads also represented Canada at four Olympics and won all 27 of their matches. Although declared World Champions, there would be no medals as women’s basketball was not an official Olympic sport at the time.

The Grads record is 502 wins, to 20 losses for an unparalleled lifetime average of over 96 per cent 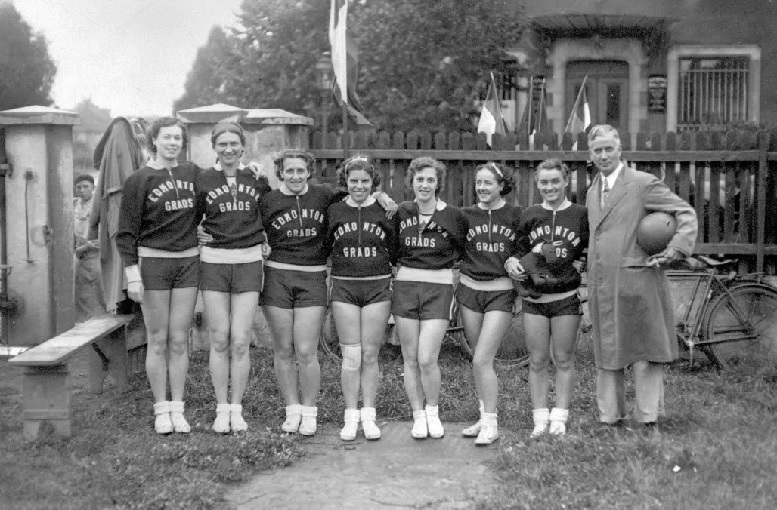 The Grads in 1936 at the Berlin Olympics. Clearly not giants in physical size, they were giants in the sports world attracting huge crowds wherever they played (Provincial Archives Alberta)

The Canadian who invented the sport of basketball was also impressed and wrote to the team in 1936 saying “”You are not only an inspiration to basketball players throughout the world, but a model of all girls’ teams. Your attitude and success have been a source of gratification to me in illustrating the possibilities of the game in the development of the highest type of womanhood.”

The team was disbanded in 1940 as war needs prevailed including the required use of their practice gym.