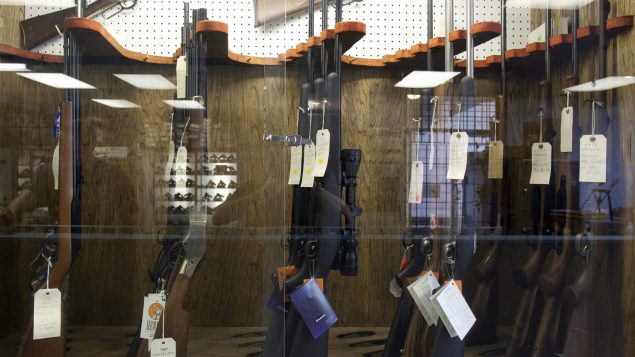 Bill Blair confirmed that there will be no ban on handguns or “assault style” weapons until the fall election. (Jonathan Hayward/THE CANADIAN PRESS)

Liberals will not ban guns until the coming elections but have new measures in mind, says federal minister

The Canadian Minister of Organized Crime Reduction and Border Security, Bill Blair says that measures must be taken to address gun violence in Canada but that no ban or other regulation will be voted before the coming federal elections.

Entering a cabinet meeting on Tuesday morning, the minister confirmed that there will be no ban on handguns, as requested earlier by Toronto and Montreal, or “assault style” weapons until the fall election but he is ready to let municipalities consider further restrictions of their own.

Liberals have new measures in mind

Blair explained that Liberals wanted to impose new measures to reduce the ability of criminals to get access to firearms to commit violent crimes. These measures would include additional requirements regarding safe storage, measures to stop straw purchases and a more secure border.

There are very significant additional measures that we can and I believe we should and must take in order to make sure those guns are not vulnerable to theft, vulnerable to diversions and vulnerable to smuggling.Bill Blair to reporters 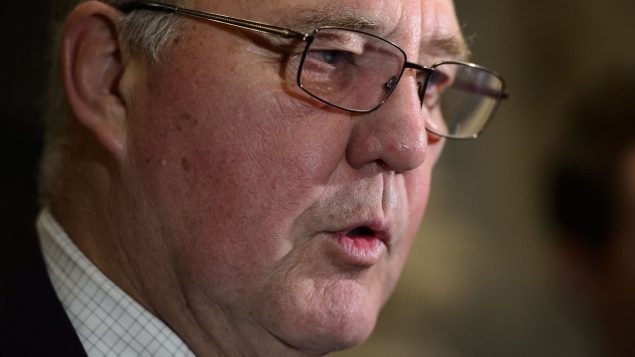 When asked about whether the Liberals will ban assault weapons he replied: “It’s certainly my recommendation.”

There are some weapons, quite frankly, in my opinion, that are so dangerous that there really is no place in a safe and civil society for them, and I think there are measures we can take to make those guns just generally unacceptable and inaccessible.Bill Blair, Minister of Organized Crime Reduction and Border Security

The idea of banning “assault-style” weapons is supported by anti-gun groups such as PolySeSouvient, or PolyRemembers, a gun control citizen advocacy group but they are not fully satisfied by Bill Blair’s announcement.

This is a significant and positive development for gun control in Canada, as it makes a ban on assault weapons a real possibility in the near future. The problem, however, is that they will only do this after the next election, and only if they get reelected.Heidi Rathjen, spokesperson of PolySeSouvient

At the end of May, the Liberal government passed a new bill to further regulate gun owners, which has sparked considerable debate in Canadian society.

Gun lobbies have long opposed new regulations stating that most gun owners are law abiding and that measures should be taken to tackle the illegal market rather than responsible citizens.

Tracey Wilson from the Canadian Coalition for Firearms Rights reacted to M. Blair intervention by saying:

“This government has failed to address crime and violence so we find ourselves in the 11th hour before a federal election, with brazen campaign promises to ban ‘assault-style rifles’, a term that is simply undefined.”Tracey Wilson, V.P. of Public Relations at the Canadian Coalition for Firearms Rights 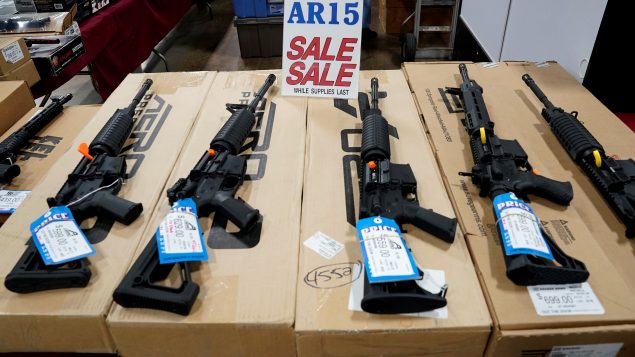 AR-15 rifles are often used used as an example of so-called “assault-style” weapons. Under Canadian gun laws, the AR-15 is ‘restricted,’ meaning it’s legal to own with a proper license, but it needs to be registered with the RCMP and can only be used on a firing range. (Joshua Roberts /REUTERS)

“Assault weapons” or “assault-style” are not actually legal terms in Canadian law.

When people talk about “assault-style” weapons, they generally refer to firearms that are at least semi-automatic, can fire large amounts of ammunition and are designed for rapid fire.

To be legally sold in Canada, all semi-automatic rifle and shotgun magazines are limited to five rounds. Modifying magazines to increase their capacity is also a crime in Canada.

Rather than focus his efforts and resources on crime and violence, Blair is satisfied to use the public purse to seize firearms from RCMP vetted sports shooters and hunters.Tracey Wilson, V.P. of Public Relations at the Canadian Coalition for Firearms Rights

The minister said there are roughly 200,000 so-called “assault-style” firearms in Canada that he would like to ban. To what Tracey Wilson replied by saying that buying back this number of guns would cost taxpayers a lot of money.

Bill Blair acknowledged that they were responsible gun owners in Canada and that he respected their efforts but that the government might ask them to do more.

We may ask them to undertake additional measures to secure their weapons, to make sure that they are not vulnerable to being stolen, for example.Bill Blair, Minister of Organized Crime Reduction and Border Security

Give more power to municipalities

The Minister of Organized Crime Reduction and Border Security also specified that the government was aware that some major cities were facing additional challenges and they were considering giving more power to municipalities regarding gun regulations.

“Because of the particular vulnerability of large urban centres to gang violence, there may be additional measures that can be appropriately applied within those municipalities, and we’re prepared to explore that with them.”Bill Blair, Minister of Organized Crime Reduction and Border Security 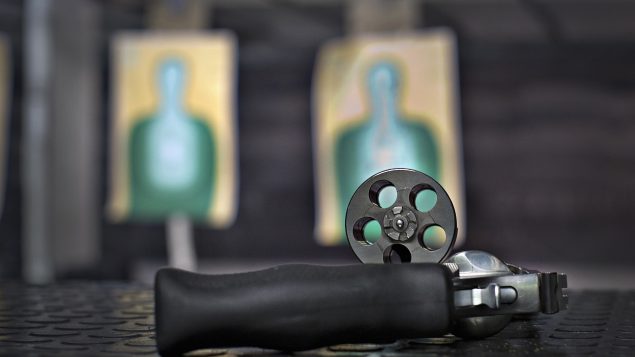 The Liberal government will consider letting municipalities enact restrictions and potential bans of their own that go beyond the national safe-storage rules. (Andy Clark /REUTERS)

Such a measure is not only inadequate, considering the risks involved, it would also be inefficient. All one has to do it consider the glaring disaster resulting from a patchwork of state and local gun laws south of the border. Heidi Rathjen, spokesperson of PolySeSouvient

No measures until the next elections

Blair also said that it was important not only to do the right thing, but to take the time to do it right.

And time is what the Liberals are lacking. The House of Commons adjourns at the end of this week and the elected officials will not return to Ottawa before the election is called.

On Saturday, the PolySeSouvient group issued a press release as the Globe and Mail reported on Minister Blair’s intentions with respect to “assault-style” weapons.

“Why not take action now? asked Rathjen. Canadians need to be convinced that this time, the promise to get rid of assault weapons is more than just words,” she wrote.