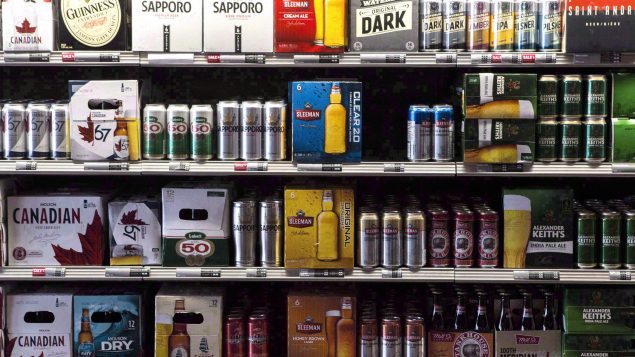 Two Canadian liquor giants are fighting each other online and their champions are famous curling players.

It all started with an Ontario Beer Store social media campaign called “Ontario Beer Facts”. The Beer Store, a consortium of brewers is fighting a move by the provincial government to sell beer and liquor in corner stores.

In a video series, four-time world curling champion Glenn Howard presents himself as the manager of a Beer Store in Midland, Ont. and visits liquor stores across the country to compare prices among other things with those in Ontario.

In one of the videos, he goes in downtown Calgary, Alberta and check the prices of beers.

I found a six-pack of Mill Street Organic. This is $3 more expensive here than it is in Ontario. Reason being, we have a far more efficient delivery system in Ontario that they do have here in Alberta.Glenn Howard, four-time world curling champion and manager of a Beer Store in Midland, Ont.

In response, the Alberta Liquor Store Association (ALSA) made its own videos directly targeting the Ontario Beer Store’s social media campaign. They called it “Ontario Beer’Fake Facts”, accusing their competitors of spreading false facts about the province’s liquor industry.

To do so, ALSA produced a video featuring Canadian curler Brendan Bottcher and Alberta television personality Chelsea Bird. They both walk around a provincial liquor store responding to every “fake fact” of the Ontario video.

[Howard]’s jealous. Our liquor stores are better and [so are] our curling teams. Brendan Bottcher, Canadian curling player

Each province in Canada has its own laws regarding liquor stores.

In Alberta, beer, wine and spirits are sold in privately-owned liquor stores.

In Ontario, the alcoholic beverage market is fully regulated and operated by the Liquor Control Board of Ontario (LCBO), a government monopoly.

The social media campaign of Ontario Beer Store did not only focus on Alberta.

They have also travelled to Quebec and New York, but it remains to be seen whether these two will also launch their campaigns in response.