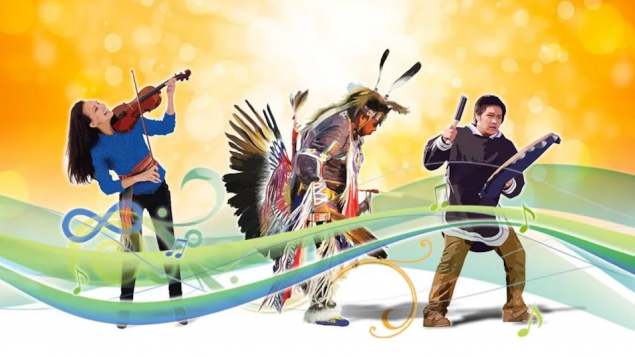 From Listiguj to Aklavik and from Iqaluit to Tsawwassen, through Halifax, Quebec City, Montreal, Toronto, Calgary and Vancouver, hundreds of special events are held across the country on Friday to celebrate National Indigenous Peoples Day, which has been celebrated annually since 23 summer solstices.

It is at least on an official basis that this day is 23 years old, because in reality, many Indigenous groups have celebrated their culture on the longest day of the year for generations.

The Government of Canada proclaimed the first National Indigenous Peoples’ Day in 1996, in response to a request made in 1982 by the Assembly of First Nations – then known as the National Indian Brotherhood – and in 1995 by the Spiritual Assembly and the Royal Commission on Aboriginal Peoples.

Hundreds of events and celebrations are taking place across the country. A father and son sculptors unveiled their 13-metre reconciliation totem pole in Vancouver, a sunrise ceremony was held in Toronto and another totem pole unveiling was held in Whitehorse for example.

This day is part of the Celebrate Canada festivities, which also include Saint-Jean-Baptiste Day (June 24), Canadian Multiculturalism Day (June 27) and Canada Day (July 1).

It has been a holiday in the Northwest Territories since 2001 and in Yukon since 2017, territories where Aboriginal people represent more than half and almost a quarter of the population respectively.

Among all the festivities, the Canadian Parliament has granted Royal Assent to important laws dealing with First Nations, Inuit and Metis peoples.

It means that bill C-92, the law the Trudeau government says will give control of child welfare to communities, and Bill C-91, the Indigenous languages Act officially became law.

The new law should make a significant difference for many First Nations, Inuit and Métis children, youth and families. (iStock)

Bill C-92, an Act respecting First Nations, Inuit and Métis children, youth and families, recognises the laws and practices of Aboriginal child welfare authorities, in the context of the United Nations Declaration on the Rights of Indigenous Peoples. One of its goals is to prevent children from being unnecessarily removed from their communities and homes, providing that they should not be taken into care solely because of their socio-economic conditions.

A new street name in honour of Indigenous peoples in Montreal

Amherst Street in Montreal is changing its controversial name and will now be called “Atateken”, a Mohawk name meaning “brothers and sisters” and pays tribute to the city’s indigenous heritage. Mayor Valérie Plante made the announcement on Friday morning, the result of consultations that lasted more than a year. 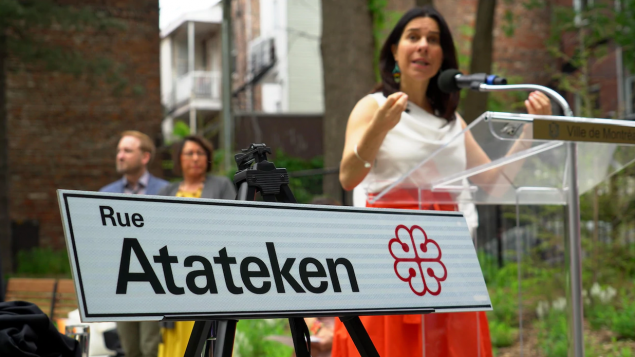 After years of controversy, the street that refers to British General Jeffery Amherst, nicknamed the “father of bacteriological warfare” for offering smallpox-infested blankets to indigenous people, is finally renamed.

The new name will become official at the end of summer announced the mayor.

With files from Espaces Autochtones