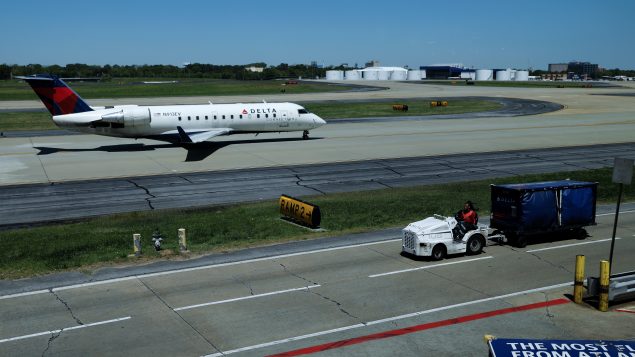 The deal marks the end of a historic chapter for Bombardier in commercial aviation as it looks to shift its focus to trains and luxury business jets as part of a broader turnaround plan.

The regional jet program once produced the bulk of Bombardier’s revenue, but trains and business aircraft have since overtaken regional jetliners as the company’s main drivers of profit. About 1,500 of the CRJ planes are in service worldwide.

“With our aerospace transformation now behind us, we have a clear path forward and a powerful vision for the future,” Alain Bellemare, president and CEO of Bombardier Inc., said in a statement.

“Our focus is on two strong growth pillars: Bombardier Transportation, our global rail business, and Bombardier Aviation, a world-class business jet franchise with market-defining products and an unmatched customer experience.” 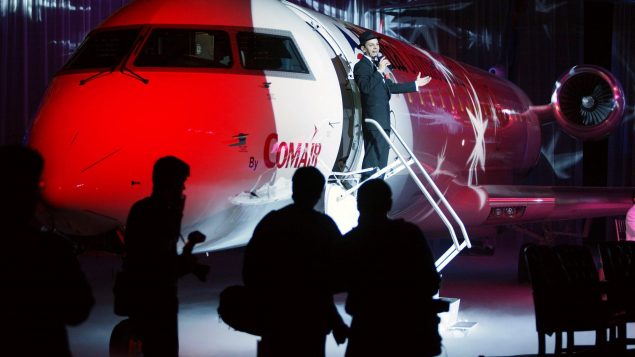 An entertainer signs from the steps of the 1,000th Bombardier Aerospace CRJ regional jet delivered during a ceremony Tuesday, Dec. 9, 2003 in Montreal. (Paul Chiasson/CP PHOTO)

The agreement includes the related services and support network located in Montreal and Toronto and its service centres in Bridgeport, West Virginia, and Tucson, Arizona.

“In combination with our existing infrastructure and resources in Japan, Canada and elsewhere, we are confident that this represents one effective strategy that will contribute to the future success of the Mitsubishi SpaceJet family,” Izumisawa said.

The CRJ production facility in Mirabel, Quebec, will remain with Bombardier, which will also continue to supply components and spare parts.

Bombardier will assemble the current CRJ backlog on behalf of Mitsubishi with production expected to be completed in the second half of 2020.

“MHI has a decades-long history in Canada, and I hope this transaction will result in the expansion of our presence in the country, and will represent a significant step in our growth strategy,” Izumisawa said.

As part of the deal, which is expected to close in the first half of next year, the Japanese industrial giant will also take over a $200 million of Bombardier’s debt.

Bombardier will also retain roughly $400 million US in liabilities representing a portion of the credit and residual value guarantees.

In 2017, Bombardier sold a majority stake in its CSeries passenger jet business to European aerospace giant Airbus for no cost, which rebranded it as the A220.

Mitsubishi’s efforts to build its own regional jet – named the MRJ – have been plagued by difficulties after aborted test flights and cost overruns.

Mitsubishi is working to certify the MRJ, which has been delayed by several years with first customer ANA Holdings Inc now expecting delivery in 2020 rather than in 2013 as originally planned.

It is not yet clear how an agreement between Bombardier and Mitsubishi, if the transaction is completed, would affect CRJ production or what the value of the deal would be.

With files from Reuters and Bloomberg News