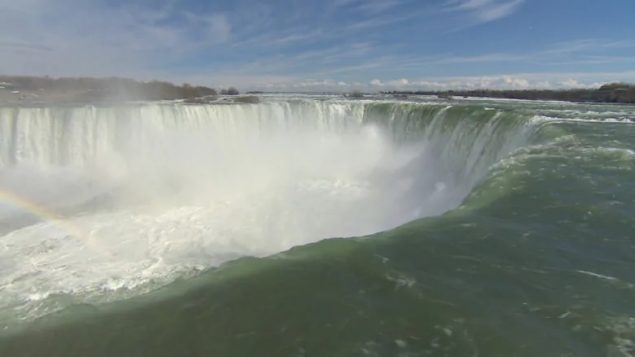 Almost 3,000 tonnes of water a second flowing at over 30 km/h carried man over the Canadian Falls yesterday, but incredibly he survived. (CBC)

In Niagara Falls, Ontario, the Horsehoe Falls has long been an attraction for daredevils who have challenged the massive waterfall.

In a variety of stunts in specially built protective barrels and other contraptions, men and women have pushed off into the current to be swept over and down into the gorge almost 60 metres below.

These stunts have more often than not ended with tragic results. 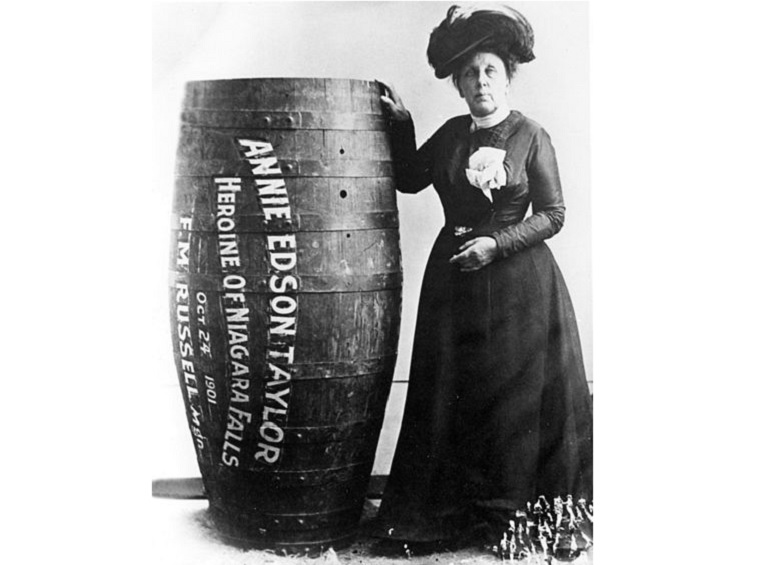 In 1901, 63 year old American schoolteacher Annie Taylor, seeking to make some money from her stunt, became the first to survive the plunge in a barrel. Many other attempts were made, usually with a variety of injuries, sometimes death. One of the latest was in 1969 when a California stuntman rode a jet ski over the falls, but his parachute failed and he did not survive. (wiki commons)

It is also sadly the site of a number of desperate people every year who seek to end their lives.

Yesterday, that was miraculously not the case.

Niagara Falls police observed a man “in crisis” who climbed over a barrier in the early hours of the morning and jumped into the water, They witnessed him being swept over by the water which rushes past at over 30km/h..

Later at the bottom of the gorge expecting to recover a badly battered body, much to their amazement, they instead found the man sitting on one of the huge boulders beside the falls.

He was taken to hospital with non-life threatening injuries,

He possibly did not know it, but his survival came on the exact date of the first person to survive the falls without protection.

On July 1960, a young American boy, Roger Woodward, wearing only a life jacket survived the fall.  He had been in a small boat above Niagara Falls when the engine failed.  His sister was pulled ashore just above the falls, but the adult in the boat did not survive.

The only other adult to survive without protection was American Kirk Jones in 2003 in an apparent suicide attempt. He did not survive a second attempt in 2017 which may have either a suicide or an attempt at a stunt in a huge inflated ball, which was found separetly