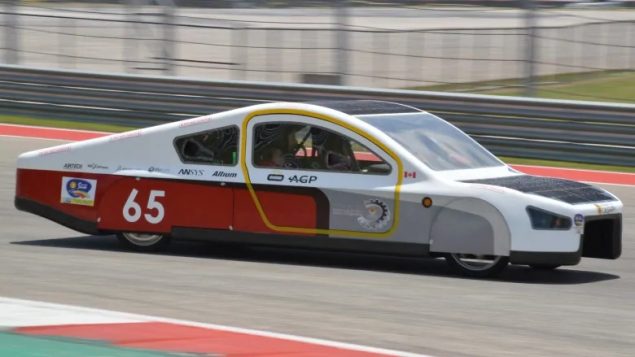 The University of Calgary "Elysia" at speed on the racetrack in Texas. It handlly won its class at the Formula Sun GP international competition. (supplied by Rob Dunn via CBC)

Universities are a source of great innovation and ideas. With concern about the environment, alternatives to fossil fuel power are always being sought, solar power among them and Canadian universities are actively working on solutions, including in the transport sector.

Canadian universities came out on top in the two main categories. 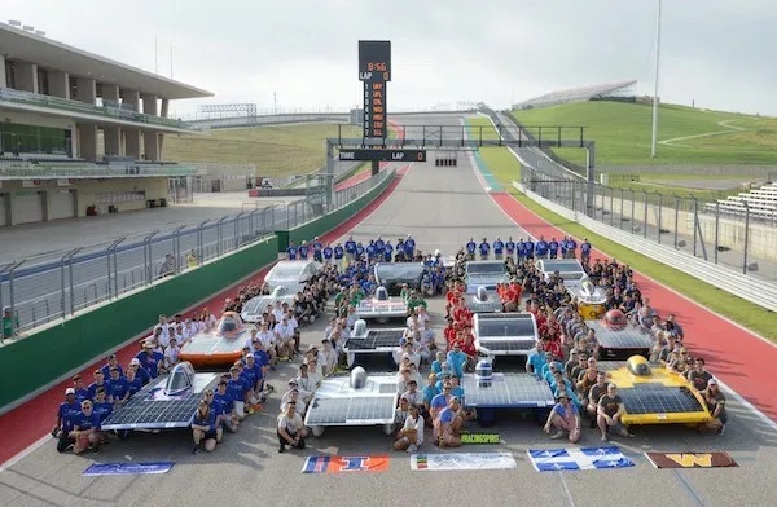 The University of Calgary won handily in the “multi-occupant” class, while the Polytechnique of Montreal beat the competition to win the single occupant class.

Vehicles are judged on laps completed, speed, if they can also be charged from a wall outlet, and aesthetics counts as well. 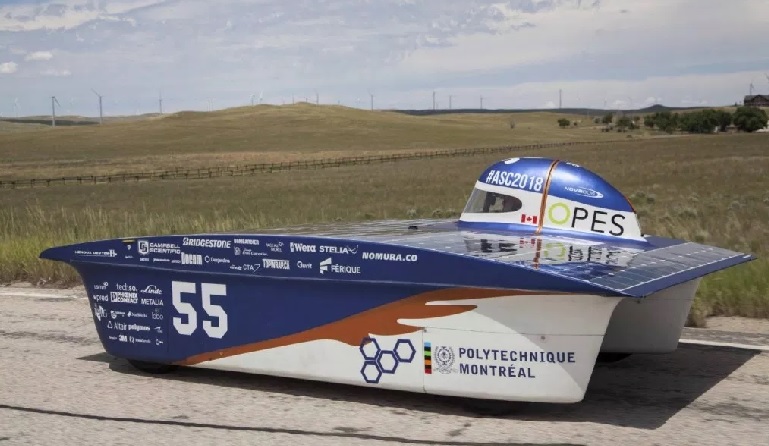 The University of Calgary car is said to be able to achieve a speed of 100 kilometres an hour on a flat road, though it did 90km/h on the  Circuit of the Americas race track, although the student creators say it was designed for distance endurance not speed.

The Univesite Polytechnique also handily beat competitors as well in both distance covered and speed.