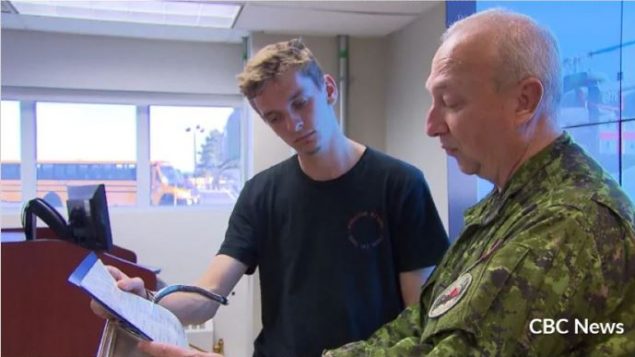 French youth honour Canadian soldiers who died in WW II, one name at a time

A group of young people from Normandy, France are on a journey to honour Canadian veterans.

They raise funds for a trip to Canada every four years so they can read the names of those who gave their lives in the Second World War.

The group, called Westlake Brothers Souvenir, stopped by the Saint-Hubert Garrison on Monday.

It takes its name from three Canadian brothers — Albert, George and Tommy Westlake — who were killed soon after D-Day… Read more