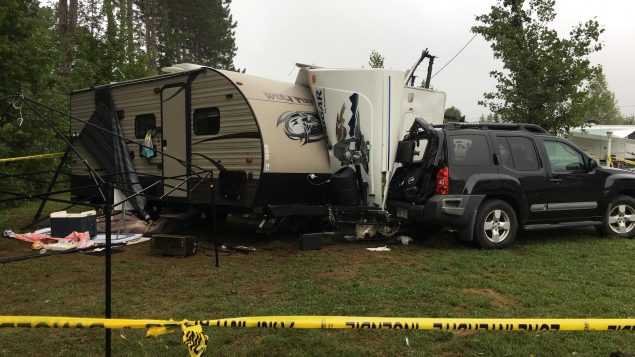 Police say a campground and a number of cottages in Lac-aux-Sables, Que., were hit by the winds from a tornado. They say one camper was lifted off the ground and landed on another, but both were empty. (Marilyn Marceau/Radio-Canada)

A small tornado hit the town of Lac-aux-Sable in Quebec, about 170 kilometres northeast of Montreal, on Tuesday evening, tossing around campers and uprooting trees, according to Environment Canada meteorologists.

According to Environment Canada meteorologist Steve Boily, wind speeds reached up to 160 kilometres per hour.

At least three people were taken to hospital with minor injuries, and about 50 dwellings in the municipality were damaged by the strong winds.

Police said the sudden gust hit a campground and a number of cottages. One camper was lifted off the ground and landed on another, but fortunately both were empty and no one was injured in that incident. 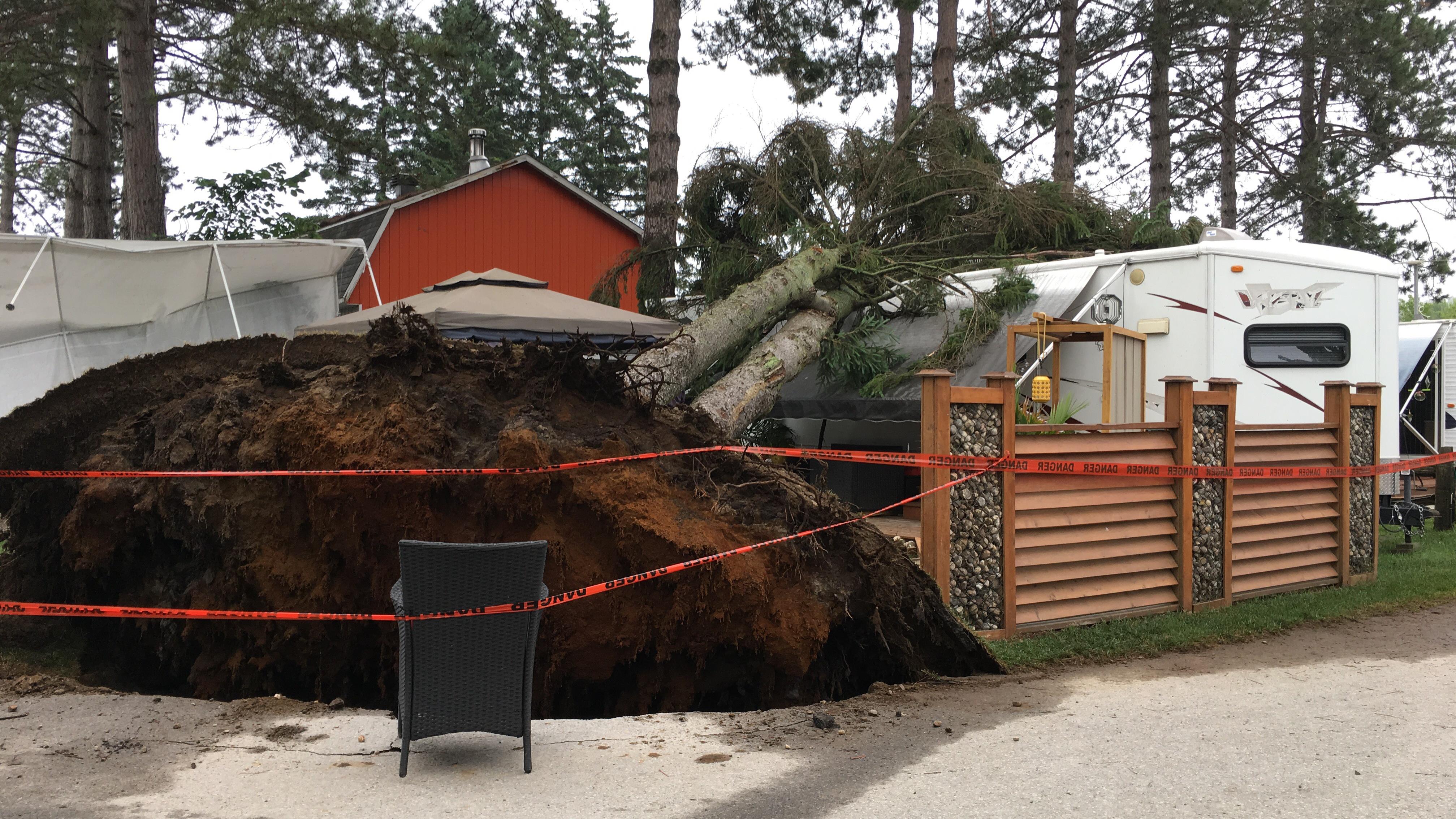 Winds were so strong that they broke trees and knocked down power lines, said the regional director of public safety for the region, Sébastien Doire. (Marilyn Marceau/Radio-Canada)

However, authorities had to evacuate the campsite and nearby cottages.

About 60 people were in need of assistance, said Lac-aux-Sables Mayor Yvon Bourassa.

Authorities have set up a shelter in the community and the Red Cross has dispatched a team to the scene to help those in need.