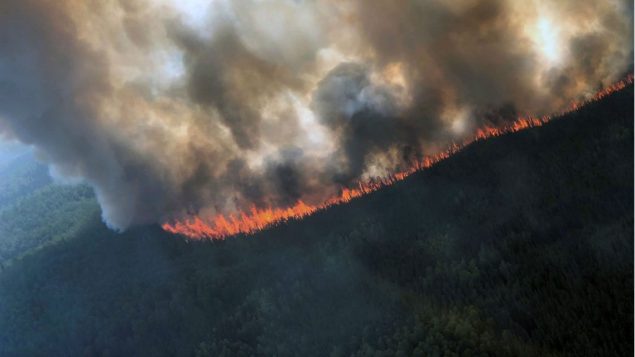 A fire burning near Delta Creek, Alaska on June 29, 2019. Alaska has been one of the areas hardest hit by wildfires this season. (Alaska Division of Forestry/Handout/Reuters)

June and July are shaping up to be the most intense Arctic wildfire periods on record with blazes raging everywhere from Siberia and Alaska to even Greenland.

Although fires are a natural part of the boreal forest life cycle, the magnitude and number of the fires this season are unheard of with The World Meteorological Organization (WMO), a specialized agency of the United Nations, calling the wildfire spasm “unprecedented” in a news release this month.

So far, fires have been most severe in Alaska and Siberia, with some fires covering up to 100,000 football fields, says the WMO.

In all, the Copernicus Atmosphere Monitoring Service (CAMS), implemented by the European Centre for Medium-Range Weather Forecasts on behalf of the European Comission, has tracked more than 100 wildfires within the Arctic Circle this season, with numerous others raging across the North… Read more