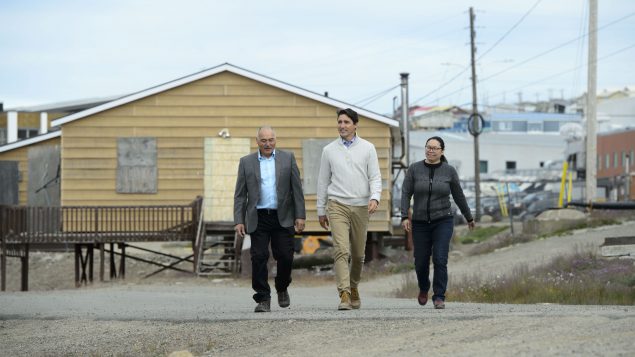 Prime Minister Justin Trudeau, takes part in an announcement with Nunavut Premier Joe Savikataaq and Iqaluit Mayor Madeleine Redfern in Iqaluit, Nunavut on Friday, Aug 2, 2019. Prime Minister Justin Trudeau says the federal government has reached a new housing agreement with Nunavut to help address the housing crisis across the territory. Speaking in Iqaluit, Trudeau says the agreement marks a big step forward that will create "thousands" of homes and have a tangible impact on the lives of people in the North. (Sean Kilpatrick/THE CANADIAN PRESS)

Under the 10-year agreement the federal and territorial governments will provide nearly $316 million in targeted funding to protect, renew, and expand social and community housing, and to repair and build affordable homes across the territory, Trudeau announced Friday.

Speaking in Iqaluit, Trudeau said with the fastest growing and youngest population in Canada, Nunavut faces a housing crisis where overcrowded homes are putting families’ health, safety, and well-being at risk.

“For many Nunavummiut who have lived for years in overcrowded spaces, a new home is an opportunity to raise their families in a safe, healthy environment,” Trudeau said in a statement. “With this new agreement, we are doing more than building and repairing housing units – we are making a real difference in the lives of people and families in Nunavut.” 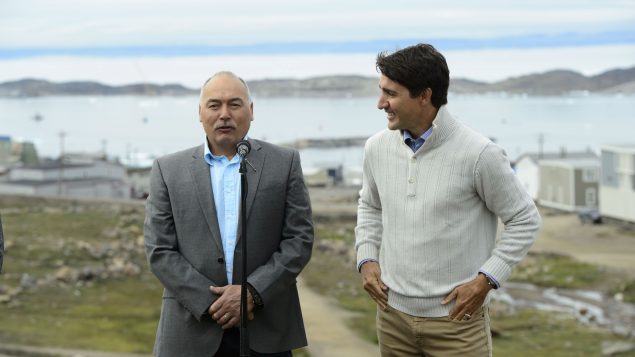 Federal officials estimate that Nunavut needs over 3,000 units to meet its current housing demand, with over 4,900 individuals or about 2,500 families on waiting lists for public housing.

“Nunavut’s housing needs are urgent, and access to safe, affordable housing will relieve many of the barriers Nunavummiut face every day,” Nunavut Premier Joe Savikataaq said.

Of the $316 million announced under the new Canada-Nunavut Housing Agreement, Ottawa will be providing more than $265 million, while more than $49 million will come from the territorial government.

These investments are in addition to over $245 million in existing federal funding for Nunavut through the Social Housing Agreement over the next 10 years.