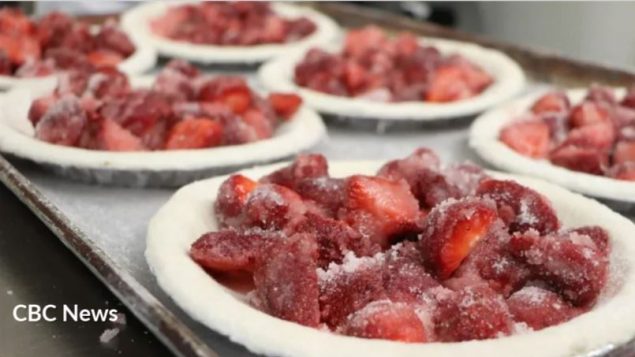 From patch to pie: The journey of a Quebec strawberry

Even though he left his old neighbourhood in downtown Quebec City years ago, he still drives in from the suburbs to get his fix, at the “Royaume de la Tarte” — the Pie Kingdom.

“I love coming here, it brings me back memories of when I lived here — and the pies are just delicious,” Thivierge said.

One in particular makes the trip worthwhile: the strawberry pie, oozing with fresh red berries covered in sugar, a classic the “The Pie Kingdom” has been dishing out to loyal customers since 1959.

Owner Marie-Pierre Simard insists on using only strawberries that are Quebec-grown, from the Beauce region. But before those strawberries could end up on kitchen tables, several people have worked long hours to bring the Quebec berry to the dessert plate… more