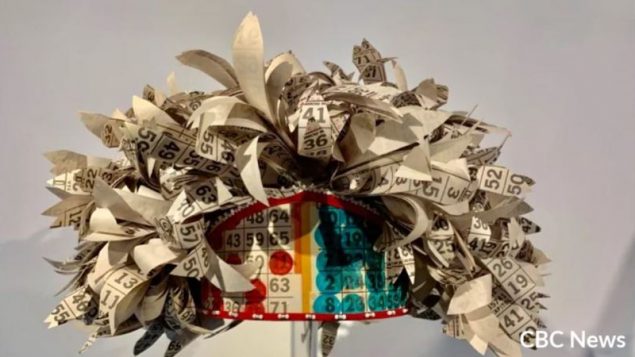 Tahatie Montour has been making traditional Haudenosaunee headdresses for over a decade and says his skills could transfer to another profession.

“A lot of the ways I look at it, I could be a florist,” said Montour, who is Mohawk from Kahnawake, Que.

“The way the feathers stand up, it’s always a challenge to make a kastowa unique.”

Kastowas are fitted hats adorned with eagle, hawk, turkey or pheasant feathers and worn by men. The position of the feathers identifies which nation within the Haudenosaunee Confederacy to which the man belongs. Mohawk katsowas, for example, have three feathers standing straight up on top.

His most recent work is not only unique when it comes to feather arrangement, it also incorporates one of his son’s favourite superheroes, Ironman… more