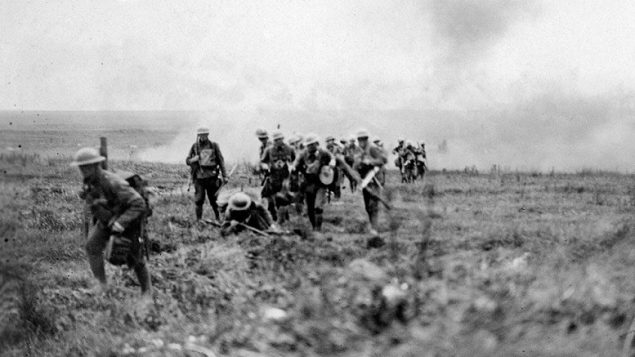 Canadians advancing under fire at Amiens. It was an Allied victory that weakened the German army leading to the end of the war.(Metcalf-collectioin-cwm-19930012-635.jpg

By this time in the First World War, Canadian troops had come to be feared by the Germans as the best of the Entente (Allied) forces.

The Canadian reputation had begun early in the war with the first gas attack when they held the line as others fled, foiling German attacks. 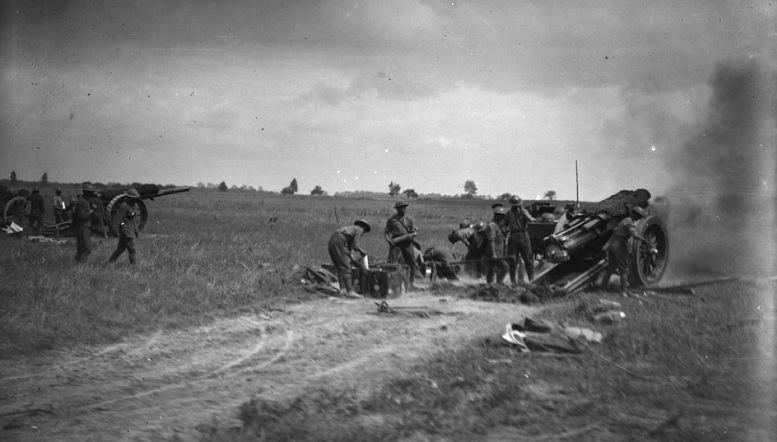 Subsequent major victories at Mount Sorrel, Vimy Ridge, Hill 70, and Passchendaele where other Allies had failed, served to cement the Canadian reputation.

So it was that by summer 1918, the Canadians had to be secretly moved into the lines at Amiens so as not to alert the Germans.  Indeed a smaller group of Canadians had been moved to Flanders without secrecy to make the Germans think that if Canadians were moved there, that’s where an attack would happen. 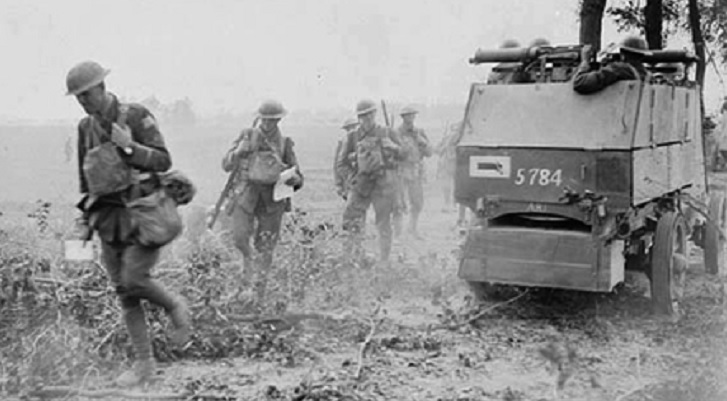 Canadian innovations like the motor machine gun brigade which could quickly move to aid where needed and provide heavy indirect fire, helped to overwhelm the defenders.(DND-LaC)

At 04;20 on August 8, a vast barrage opened up as thousands of Canadians, along with British, Australians, and French, accompanied by the still new technology of hundreds of tanks,  moved across no-man’s land, with the Canadians assigned to the centre. The Canadian idea of a creeping barrage combined with Canadians ideas of speed and mobility such as the motor machine gun brigades and “combined operation” of artillery, tanks, and aircraft, helped overwhelm surprised defenders.  This could be the model for the German “blitzkrieg” of WWII

Within hours the Germans had been pushed from their lines, and the Canadians took over five thousand prisoners and 161 guns. 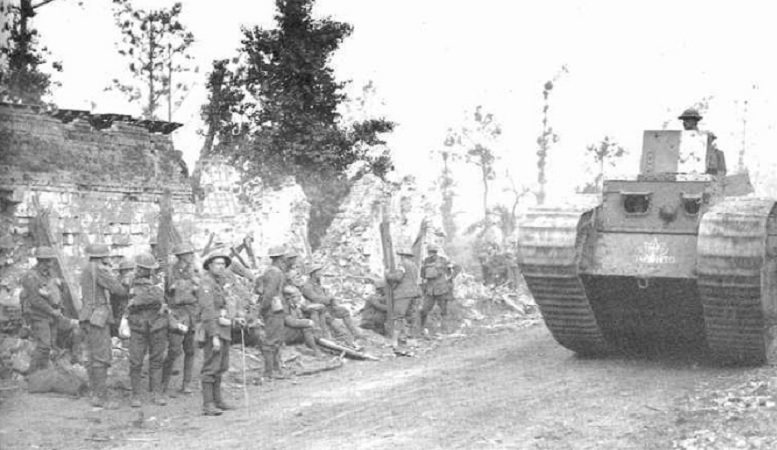 A Canadian tank (notice the Maple Leaf on the glacis plate , moves past a field hospital at Hangard, (Library and Archives Canada)

The war’s worst defeat for the “Deutches Heer”, their commander General Erich Ludendorff, called it the “black day for the German army”.

On the first day Canadians had pushed the Germans back some 13 kilometres along a total 20 kilometre front.  In a war which had often been fought over mere metres of territory, this was the greatest advance yet.  The battle continued but more slowly over the next few days, officially ending on August 11, but with various mopping up battles and actions continuing for several more days. 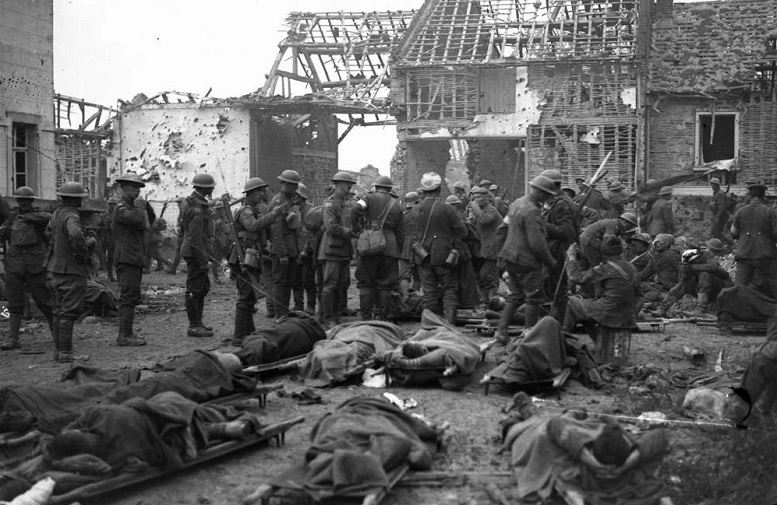 Canadian and German wounded along with German prisoners, at a dressing station behind the advance.(Librafy and Archives Canada)

The defeat at Amiens was such that now the end of the war could be finally envisaged.

This victory also came to be known as the start of Canada’s 100 days, when they were assigned as the shock troops, leading and winning every subsequent major attack resulting in the Armistice on November 11th.. 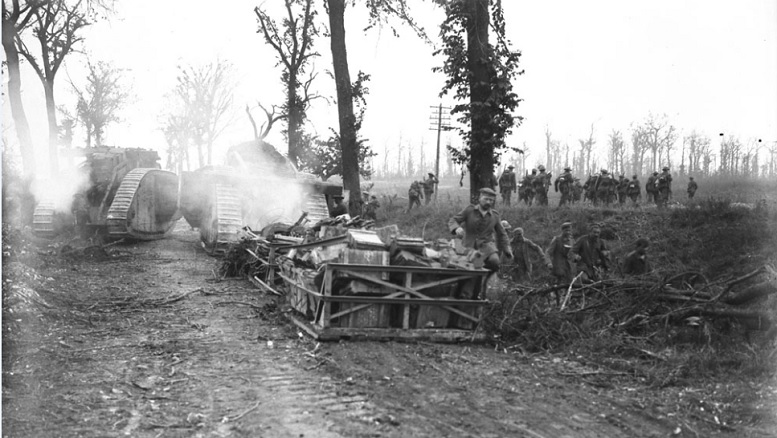 dated Aug 9. Tanks, one towing ammunition and supply sledges, move up the road as prisoners are escorted past, and a group of Canadians moves off to clear out a wooded section. (DND-LaC)

Canadians were awarded 10 Victoria Crosses, and 300 other bravery decorations for actions during the battle and in the following few days.