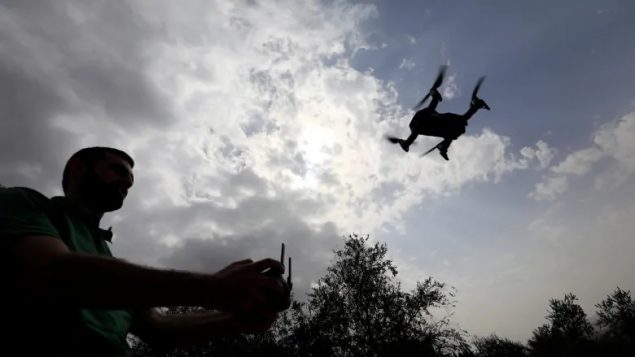 With the exception of Quebec, the number of mid-air "conflicts" between drones and crewed aircraft continues to rise across Canada, according to Transport Canada statistics obtained by CBC News. (Jamal Saidi/Reuters)

Statistics obtained by CBC News show the number of mid-air conflicts between drones and crewed aircraft rose in the first half of this year, especially over Ontario.

Transport Canada recorded 33 “incidents” between drones and airplanes over Ontario from the beginning of January through the end of June. 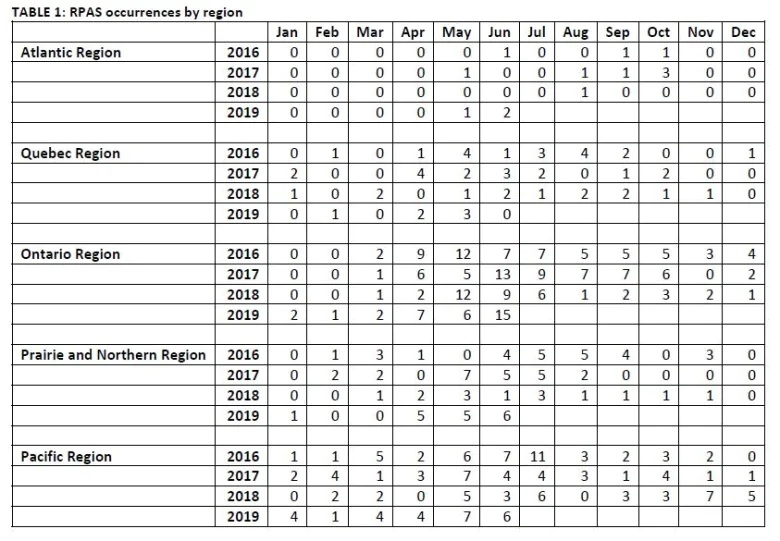 This chart shows the number of reported drone incidents posing a risk to aviation safety, region by region. (Transport Canada)

With the exception of Quebec, the number of similar drone-airplane incidents–which Transport Canada describes as a conflict that “poses a risk to aviation safety”–also rose over other areas of Canada.

Quebec saw a the number conflicts drop from 11 in the first half of 2017 to six in the first six months this year.

Coates says Transport Canada will continue study all drone/manned aircraft conflicts to see what must be done to ensure safety.

With files from CBC, Government of Canada