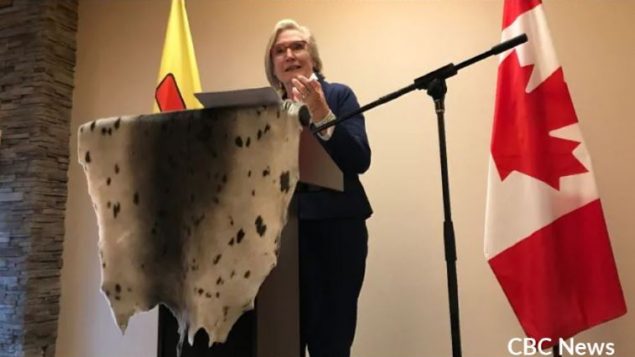 Minister of Crown-Indigenous Relations Carolyn Bennett gave a wide-ranging apology to Inuit of Baffin Island in Iqaluit on Wednesday.

“We failed to provide you with proper housing, adequate medical care, education, economic viability and jobs. We took away your independence by imposing our own priorities and forcing you to survive in a difficult environment and in locations that were not of your choosing, nor your traditional home,” Bennett said in the apology.

The apology is the first step in the Qikiqtani Inuit Association’s (QIA’s) action plan to move forward from the wrongs done to Inuit by the government of Canada from 1950 to 1975.

The QIA represents Inuit who live mainly on Baffin Island. It flew in 40 elders from across Nunavut’s Qikiqtaaluk region — from Grise Fiord on Ellesmere Island, to Sanikiluaq in Hudson Bay — to hear the apology… more