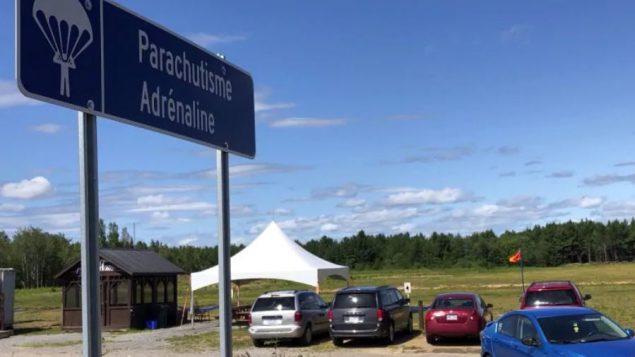 The parachuting accident occurred at Parachutisme Adrénaline on Saturday in Trois-Rivières, Que. (Radio-Canada)

Denis Demers is still processing what he witnessed on Saturday evening in Trois-Rivières, Que., when a skydiver’s parachute failed to open as she plummeted a kilometre and a half to the ground.

“It’s a miracle,” Demers told Radio-Canada on Wednesday. “I don’t know how a person can survive a fall from an airplane like that.”

He said the solo skydiver was falling faster than anybody else, and neither the woman’s main parachute nor backup chute opened.

The 30-year-old, who hit trees while landing in a wooded area, is recovering in hospital with several fractures, including broken vertebrae, but police say her life is not in danger… more