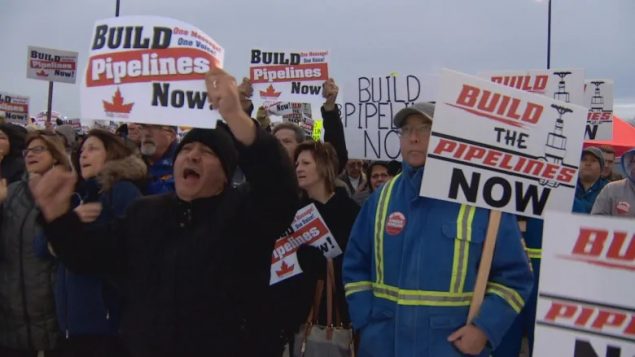 About 1,300 people gathered in Drayton Valley, Alta. in December to call on the provincial and federal governments to get pipeline projects moving. (Peter Evans/CBC)

If there’s an issue in Canada that sticks in nearly everyone’s craw as we head to this fall’s election, it’s what do do with the country’s oil pipelines.

Fearing the ugly consequences of spills, leaks and ruptures, many want the pipelines done away with.

Others say that’s downright harebrained, given that Canada is an oil exporting country.

Those who want them done away with got a boost late last week, though the same cannot be said of the Alberta prairie.

For the second time in less than a month there was a pipeline spill in the province, which serves as the centre of the country’s oil industry. 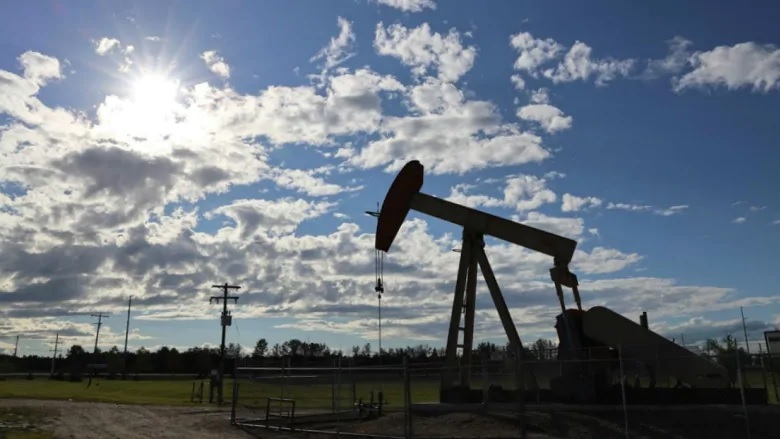 A pump jack located near the town of Drayton Valley is pictured in this file photo. (Kory Siegers/CBC)

Now, the Alberta Energy Regulator said on the weekend, a pipeline spilled 40,000 litres of crude into a creek near Drayton Valley last Thursday.

The regulator says the incident happened on a Bonterra Energy Corp. line that has left oil seeping into Washout Creek.

The creek flows into the North Saskatchewan River, which is the source of city of Edmonton’s water supply.

Bonterra says it is taking the necessary steps to limit the damage.

Those include removing the oil with booms and vacuums and says it is mitigating the effect on wildlife by setting up barriers as well as visual deterrents that include having people present.