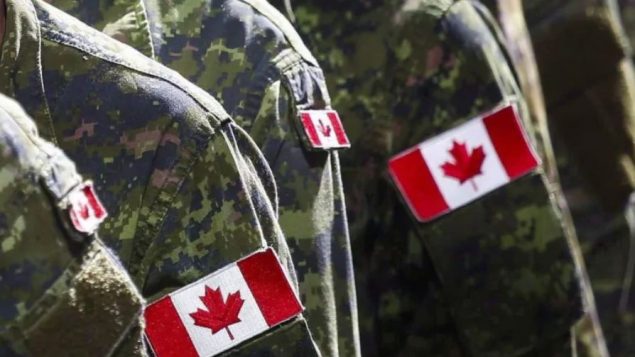 The Canadian military is investigating one of its members for possible racist extremist activities, including recruiting for an international neo-Nazi group. (Jeff McIntosh/The Canadian Press)

The Canadian Armed Forces is investigating whether one of its Winnipeg members may be recruiting for an international neo-Nazi organization.

Master Cpl. Patrik Mathews, a combat engineer at the Canadian Forces Base in Winnipeg, is facing allegations he may be involved in a hate group, the Department of National Defence said in a statement.

Details of Mathews’s alleged activities were originally revealed by the Winnipeg Free Press, whose reporter went undercover posing as a recruit. According to the report, the 26-year-old man has been a member of the Army Reserves for about eight years and has training with explosives… more