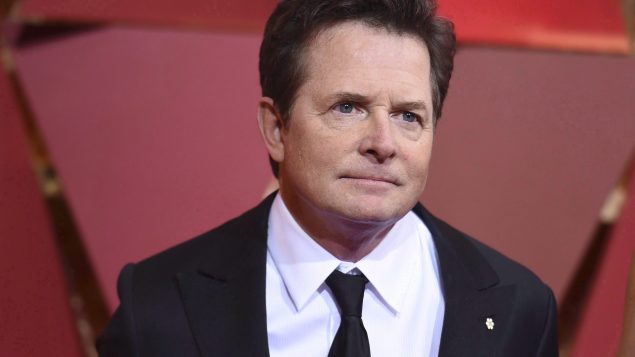 Michael J. Fox arrives at the Oscars at the Dolby Theatre in Los Angeles on Feb. 26, 2017. The actor will be awarded the Muhammed Ali Humanitarian Award in September for his advocacy work on behalf of Parkinson's disease patients. (Richard Shotwell/THE CANADIAN PRESS/AP, Invision)

The theme of the award ceremony, which is an annual fundraiser for the Muhammad Ali Center, is Courage, said Donald Lassere, president and CEO of the centre.

“Each of this year’s awardees are amazing and purpose driven individuals who inspire us with their remarkable accomplishments, abilities, and courage to affect lasting change,” Lassere said in a statement.

“It is our hope that by using Muhammad Ali’s principles as the backdrop for these awards, we can help propel action by others to solve real world problems and to also shine a spotlight on Muhammad’s humanitarian legacy.”

Fox, an award-winning actor and author is being recognized for his longtime advocacy of Parkinson’s disease issues, including the creation of the Michael J. Fox Foundation for Parkinson’s Research. 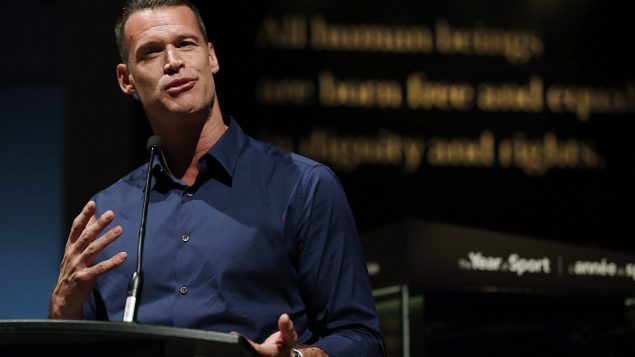 Canadian Olympian Mark Tewksbury speaks in front of the first line of the Declaration of Human Rights during a press conference at the Canadian Museum For Human Rights Thursday, July 23, 2015. (John Woods/THE CANADIAN PRESS)

Tewksbury, an Olympic gold medalist and a gay rights activist, will receive the Gender Equality Award for his ongoing fight for justice, fair play, and equal rights, Lassere said.

Other honourees include music icon Michael Lang, best known for co-creating and producing the original 1969 Woodstock Festival. He will receive the Lifetime Achievement Award for using music to spread a universal message of unity and peace.

Amy Hehre, CEO and Founder of OVI Children’s Hospital in Kenya, will receive the Global Citizenship Award for providing orphans across Sub-Saharan Africa with medical assistance and other essential support.

Dr. Mark Lynn, owner and operator of over 90 Visionworks in the region and President of Dr. Mark Lynn & Associates, will receive the Muhammad Ali Kentucky Humanitarian Award for his philanthropy, civic engagement, and ongoing support of his community.

The awards ceremony will be hosted by writer, director actor Negin Farsad.