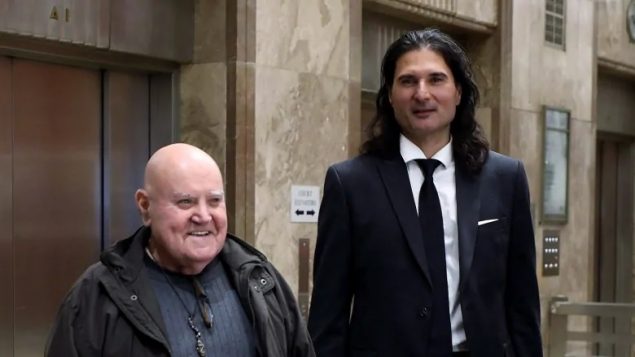 James Sears, right, editor-in-chief of Your Ward News, and publisher LeRoy St. Germaine were found guilty in January of two counts of promoting hatred against women and Jews. On Thursday, Sears was sentenced to a year in jail. St. Germaine will be sentenced next week. (Colin Perkel/Canadian Press)

An Ontario judge has sentenced the editor of a Toronto-based publication to a maximum one year in jail for promoting hatred against women and Jews.

Judge Richard Blouin said he would have given James Sears more time had the law allowed.

“It is impossible, in my view to conclude that Mr. Sears…should receive a sentence of any less than 18 months in jail,” Blouin said. 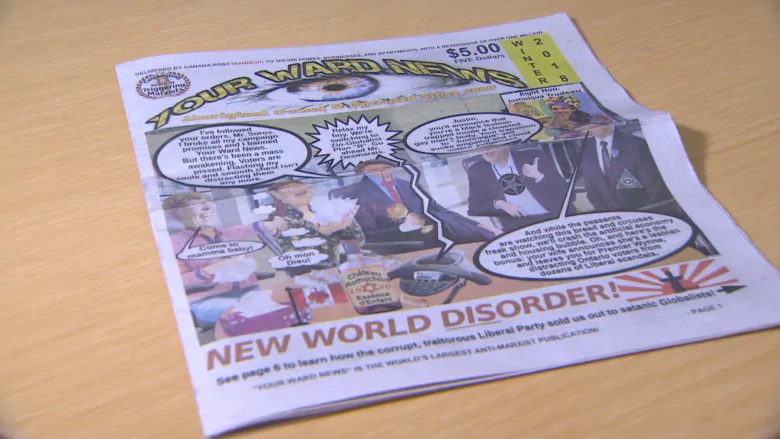 Sears said his paper was satirical. The judge did not agree. (Spencer Gallichan-Lowe / CBC News)

“Mr. Sears…promoted hate to a vast audience in an era were online exposure to this material inexorably leads to extremism and the potential of mass casualties.”

Sears, 55, and his publisher, LeRoy St. Germaine, 77, were found guilty in January of hate crimes connected to the quarterly publication of Your Ward News.

The newspaper is published in Ontario and online and was marketed as “the world’s largest anti-Marxist publication.”

In his defence, Sears maintained his paper was satirical and the charges against him were politically motivated.

St. Germaine will be sentenced next week.