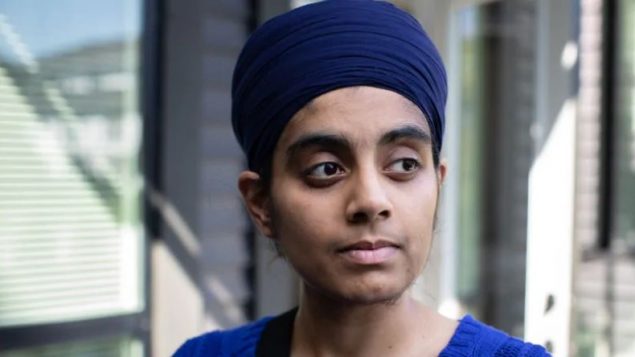 Amrit Kaur, teacher and vice-president of the Quebec chapter of the World Sikh Organization of Canada, says she moved to B.C. because of Quebec's law banning religious symbols in certain public-sector jobs. (Maggie MacPherson/CBC)

Amrit Kaur, who recently graduated to become a teacher, has moved across the country from her Montreal-area home to B.C. so she can work while wearing her turban, after the Quebec government passed a law banning religious symbols for some public-sector employees.

“I have a new job as a high school teacher which I’m very excited about,” said Kaur, 28, who recently arrived in Surrey, B.C. “It’s unfortunate that I had to leave my home province to pursue my career.”

Kaur is a member of the Sikh faith and believes the law, formerly known as Bill 21, violates her human rights.

“People who look like myself, we are being told that we’re second-class citizens.”

Kaur, also vice-president of the World Sikh Organization of Quebec, said her turban represents equality and is part of her identity… more