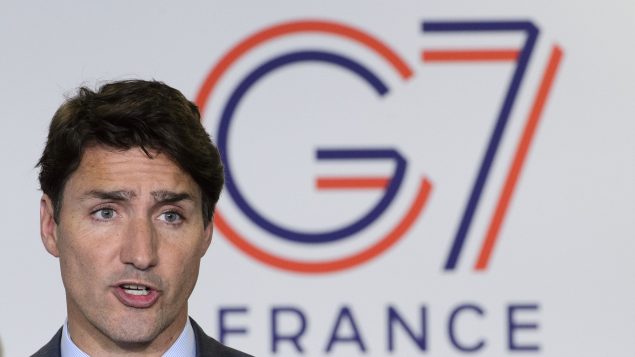 Despite U.S. President Donald Trump’s insistence that Russia should be readmitted into G7, Prime Minister Justin Trudeau says Canada would not support Russia’s reintegration into the club of “like-minded nations.”

Russia was kicked out of then G8 in 2014 after it invaded and annexed Crimea and supported pro-Russian rebels in the Donbas region of eastern Ukraine.

“Russia has yet to change the behavior that led to its expulsion in 2014, and therefore should not be allowed back into the G7,” Trudeau told reporters at a press conference at the conclusion of the G7 leaders’ summit in Biarritz, France.

“Russia’s aggression and illegal annexation of Crimea is completely unacceptable. Canada has and will always defend Ukraine’s sovereignty.”

Having Russia in the room is better, says Trump 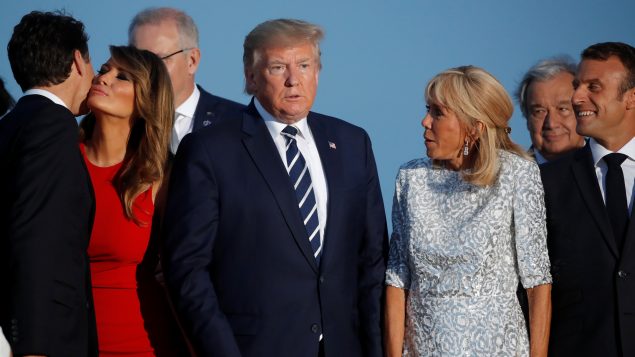 Trump has clashed with fellow G7 leaders over his insistence that Russia ought to be part of the conversation when discussing issues such as Iran, Syria and North Korea.

Asked about having Russian President Vladimir Putin attend the G7 summit, Trump said he would “certainly invite him” next year when the U.S. takes over the rotating chairmanship of the group.

‘A gathering of like-minded nations’

Responding to a question whether he would attend the upcoming G7 summit in the U.S. if Putin were invited too, Trudeau said he would not hesitate to raise Canada’s concerns directly with the Russian leader.

“I have never shied away in global summits from tables around which Mr. Putin sat and contributed, I’ve had direct conversations with him in which I have reinforced Canada’s concerns around a range of Russia’s behaviours and actions,” Trudeau said. “And given an opportunity, I will repeat myself and listen to what he has to say.”

The important thing is to recognize that the G7 is a gathering of like-minded nations, Trudeau said.

“Russia’s actions both in Ukraine and in other ways have clearly made it not eligible for partnership in this group of like-minded countries,” Trudeau added.

Speaking to reporters in Moscow, Russia’s Foreign Minister Sergey Lavrov said Moscow is actively engaged with international partners within the framework of other formats, such as G20 and BRICS.

“President Vladimir Putin said on this subject during his talks with President of France Emanuel Macron a week ago that the G8 does not exist,” Lavrov said. “This was our Western partners’ decision… Never during that time have we raised the idea of relaunching the G8 in our contacts with anyone.”

The debate whether Russia should be part of G8 has nothing to do with the Kremlin’s foreign policy plans, Lavrov said.

“President Putin said at Fort de Brégançon, we are not trying to avoid contact with the G7 countries, but if we look at the global economy and politics, including financial policies, the main problems are decided on at the G20, which includes the G7 and all the BRICS countries,” Lavrov said.