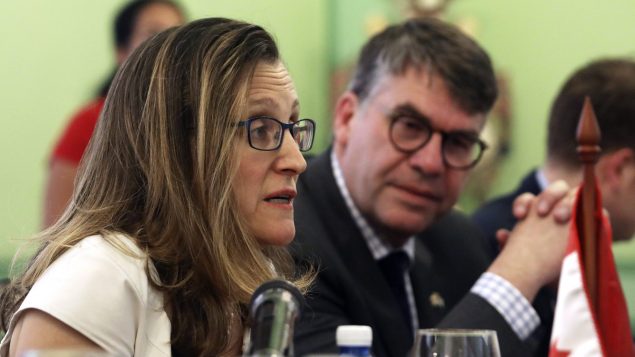 Freeland to travel to Cuba for talks on Venezuela crisis

Foreign Affairs Minister Chrystia Freeland will travel to Havana on Aug. 28 to discuss the situation in Venezuela with her Cuban counterpart and find ways toward a peaceful resolution of the ongoing crisis, officials with Global Affairs Canada said Tuesday.

Freeland’s working visit to Cuba, one of the staunchest allies of Venezuela’s socialist strongman Nicolas Maduro, will mark her third meeting with Cuban Foreign Affairs Minister Eduardo Rodríguez Parrilla this year, according to Global Affairs Canada.

“There is an international convergence around the need for a peaceful transition in Venezuela that results in free and fair elections and the return to democracy,” Freeland said in a statement. “Canada has a long-standing relationship with Cuba, and this week’s visit will allow us to build on previous conversations held in Havana and Toronto.”

Canada and Cuba have found themselves on the opposing sides of the Venezuelan crisis.

Canada is among a group of mostly Western countries that have refused to recognize Maduro’s legitimacy and have instead recognized the self-proclaimed president and leader of the Venezuelan opposition, Juan Guaido, as the country’s rightful leader until new elections can be held.

Canada has imposed sanctions on Maduro and key members of his government and has also shuttered its embassy in Caracas, while Venezuelan authorities have responded by temporarily closing their consulates in Montreal, Toronto and Vancouver. 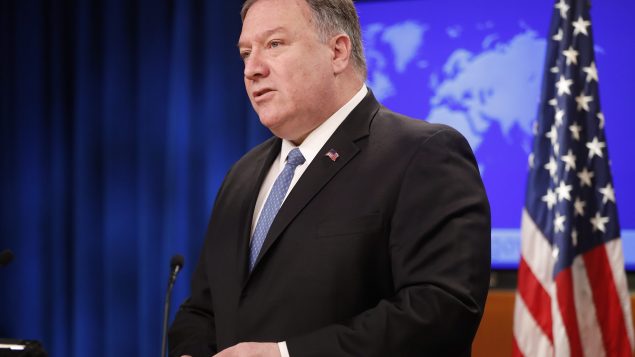 Secretary of State Mike Pompeo speaks during a news conference at the State Department in Washington, Wednesday, Apr. 17, 2019. The Trump administration announced that it’s allowing lawsuits against foreign companies operating in properties seized from Americans in Cuba, a major policy shift that has angered European and other allies.(Pablo Martinez Monsivais/AP Photo)

Freeland and Rodríguez Parrilla will also discuss the United States’ decision to end the suspension of Title III of the Helms-Burton Act, Global Affairs officials said.

In April, Freeland vowed to “fully defend” the interests of Canadian companies in Cuba after the Trump administration announced that it will allow lawsuits against foreign firms operating on properties the Communist government seized from Americans after the 1959 revolution.

On April 17, U.S. Secretary of State Mike Pompeo announced that the administration won’t renew a bar on litigation provisions included in the 1996 Helms-Burton Act, which aims to prevent foreign countries from engaging in international trade with Cuba by subjecting foreign nationals to travel restrictions and financial liabilities in the United States.

In a joint statement with EU Foreign Policy Chief Federica Mogherini and EU Trade Commissioner Cecilia Malmström, Freeland said the Trump administration decision to renege on its longstanding commitment to waive Title III is “regrettable, and will have an important impact on legitimate EU and Canadian economic operators in Cuba.”

The EU and Canada consider the extraterritorial application of unilateral Cuba-related measures contrary to international law, the statement said.