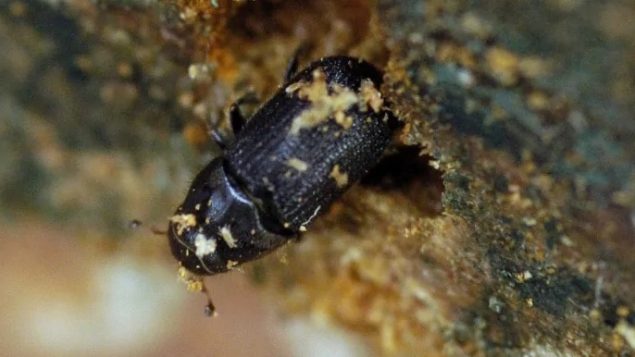 The study involved lodgepole pine in Alberta and the mountain pine beetle which has caused massive devastation in western Canadian forests. The study showed trees being colonized by the bark beetle will send a message of warning to their relatives and neighbouring trees by releasing volatile chemical compounds which their kin can recognize as a warning (Hunter McRae-The Gazette-The Associated Press)

Unlike the tree-like Ents in the Harry Potter film that have a language, trees don’t actually talk of course, but new research shows they do have a way of communicating with each other.

It is the first study to show above ground tree-to-tree communication. The communication is by airborne chemicals released by pine trees when they are attacked by pine beetles which are often a deadly threat to the trees

The study out of the University of Alberta showed lodgepole pine trees attacked by the mountain pine beetles emit volatile chemicals that warn other trees of the danger. 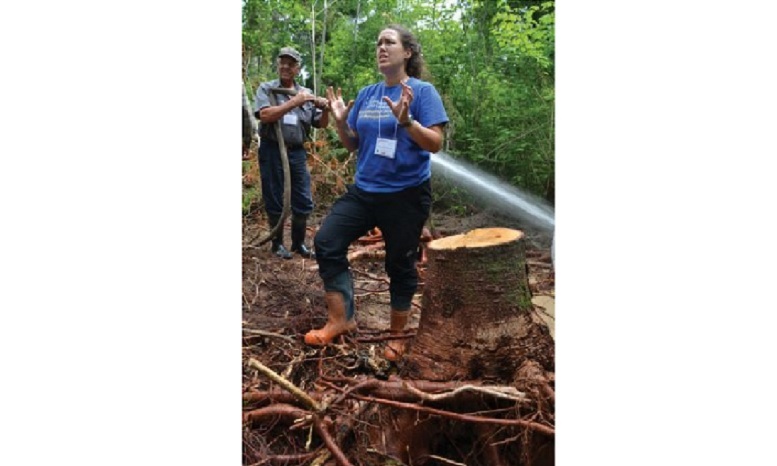 The study was published in the journal Science of the Total Environment under the title, “Spatial characteristics of volatile communication in lodgepole pine trees: Evidence of kin recognition and intra-species support”  (abstract here)

The nearby trees, alerted by the chemical signal from the attacked tree, then begin producing defensive resin sap which can kill the beetles if they attempt to burrow into their tree.

But, the chemical signal is recognized (understood) especially by trees that are kin to the attacked tree. In essence the trees are trying to support their kin by the advance warning to begin producing their defences before they are attacked. 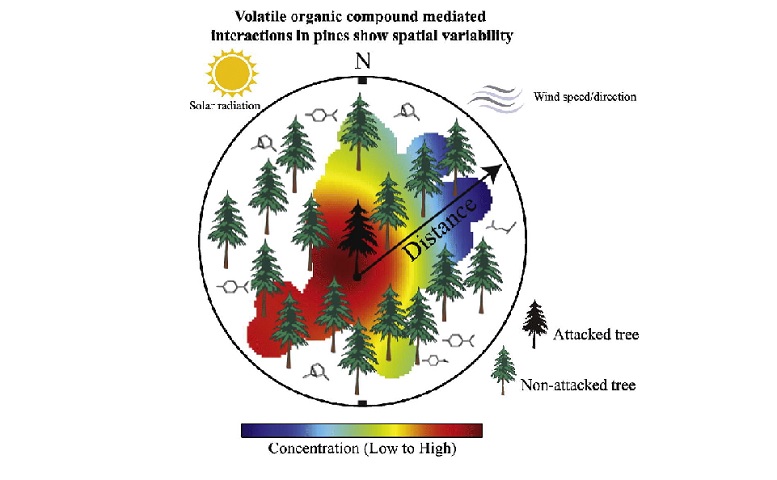 However the research found that there are complicated webs of kinships and alliances among the trees and the chemical signals are understood in varying degrees depending upon their relationship with the attacked tree.

While the study involved the lodgepole pines in an area around Canada’s Jasper National Park, the researchers suggest the same phenomenon exists in all other tree species.

Desrochers own research showed how such alliances work underground as well through the root systems with trees sometimes joining their roots to share resources.

As Professor Desrocher says we are learning that forests are not made of thousands of individuals, but rather are a sort of mega organism and that what happens to one tree affects the others.