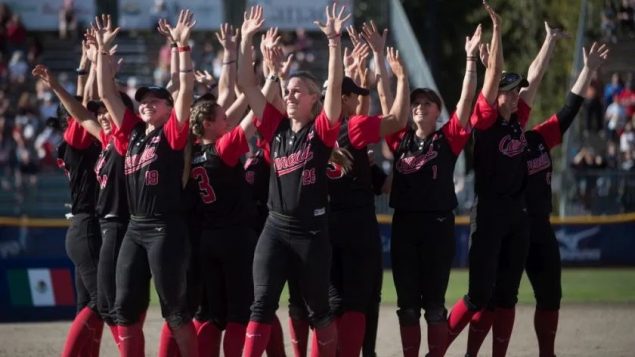 Canada celebrates after defeating Brazil during playoff action at the Softball Americas Olympic Qualifier tournament in Surrey, B.C., on Sunday. With the win Canada qualified for the 2020 Tokyo Olympics. (Darryl Dyck/Canadian Press)

A little heads-up on this Labour Day.

Just in case you missed it, there’s a Summer Olympics coming up sooner than you might have thought.

Never to early to qualify though. 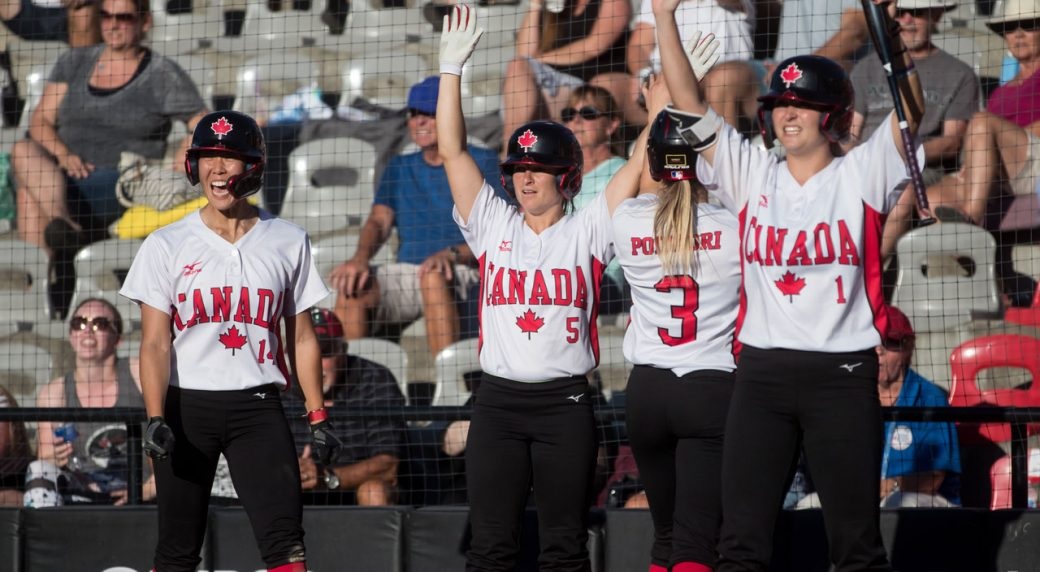 Canada’s Janet Leung, from left to right, Joanne Lye, Erika Polidori and Kelsey Jenkins celebrate after Victoria Hayward, not seen, connected for an inside the park grand slam during first inning opening round action against Guatemala at the Softball Americas Olympic Qualifier tournament in Surrey, B.C., on Tuesday August 27, 2019. Canada is currently ranked third in the world. (Darryl Dyck/Canadian Press)

That’s exactly what Canada’s women’s softball team did on Sunday by virtue of 7-0 mercy rule win over Brazil at the Softball Americas Olympic Qualifier tournament in Surrey, B.C.

Playing a major role, was Kaleigh Rafter, who scored three runs, including a walk-off homer in the fifth that ended the game.

“I love this country, I love softball, I love playing for this team,” Rafter, a 33-year-old catcher, said following the game.

Rafter is one of three players on the current national team who played for Canada when softball was last at the Olympics, at the 2008 Beijing Games, when Canada placed fourth.

Canada is currently ranked third in the world and won silver at the Pan American Games in Peru this summer.