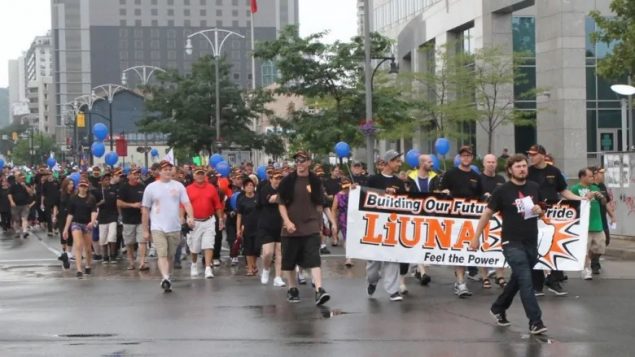 As Canadians (like these marchers in Hamilton in 2013) celebrate Labour Day across the country, there is much confusion about changes to the Canada Labour Code scheduled to take effect on Monday. (Sunnie Huang/CBC)

As Canadians celebrated Labour Day on Monday, Canada’s political leaders headed to Hamilton, Ontario, one of the birthplaces of Canada’s union movement and long the centre of the country’s steel industry.

On Monday morning, Singh (not surprisingly)  made some promises aimed at winning over workers.

Meanwhile, Trudeau released a pre-election statement to mark Labour Day that played up his government’s support for workers, noting that 2019 is the 100th anniversary of the Winnipeg General Strike, which launched a labour movement that won many of the benefits and protections workers now count on.

The statement said that a century later, Canadian workers remain at the heart of building a stronger Canada and a better future.

The new rules apply to about 900,000 workers in federally-regulated sectors.

Those sectors range from the civil service to airlines, railways and trucking, as well as banking and broadcasting, up to and including uranium mining.

Among other things, they would require employers to give a 24-hour notice on shift changes and a four-days notice for schedules. 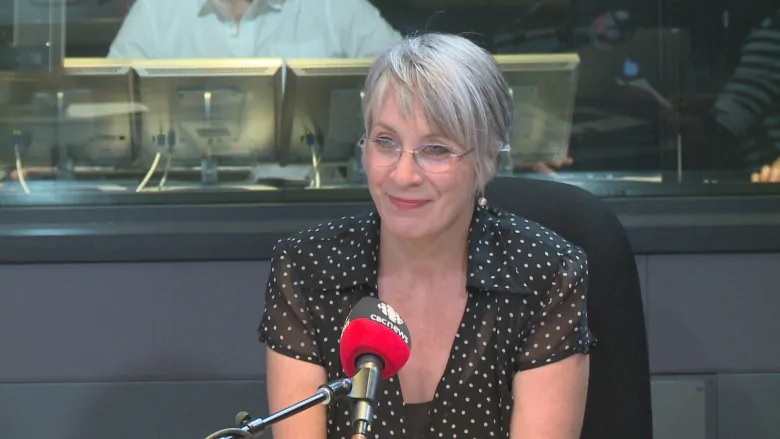 Employment Minister Patty Hajdu says interim exemptions would apply when it comes to the Canada Labour Code overhaul, at least until further tweaks can be made after this fall’s federal election. However, who those exemptions are remains a mystery for Canadian employers and workers. (CBC)

A 30-minute break every five hours and and eight-hour rest period between shifts are also mandated.

The problem now is determining to whom the rules apply.

Employment Minister Patty Hajdu says some companies and employees will be exempt from the new regulations, likely until after this fall’s federal election, and Employment and Social Development Canada says it is working on a list of employee groups to be covered by the exemptions.

“It would be very, very specific classes of employees that, if we were to determine, could be exempt. Because ultimately these changes are about increasing productivity, increasing safety standards and work-life balance,” Hajdu told the Canadian Press in a phone interview. 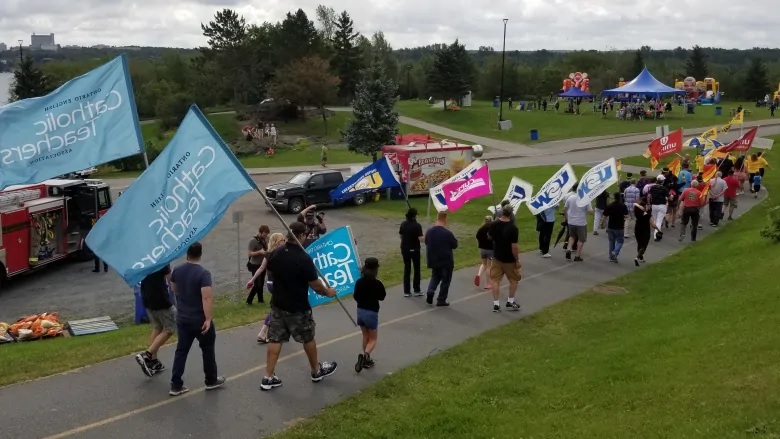 Union organizers and workers mark Labour Day 2018 at Bell Park in Sudbury, Ontario. In the private sector, about 70 per cent of workers are not protected by a union. (Robin De Angelis/CBC)

However, no list has been presented, leaving employers and thousands of workers unclear whether or not the new rules will apply to them.

“If you’re a trucking operation and your shipment gets cancelled, you can’t just send the truck anyway. If somebody is sick, you may need somebody else to go,” says Dan Kelly, president of the Canadian Federation of Independent Business

The changes are part of a three-year overhaul to the Canada Labour Code, which has not had a major update since the 1960s.

Employment and Social Development Canada says it began consulting with employers and worker representatives about the proposed changes in May.