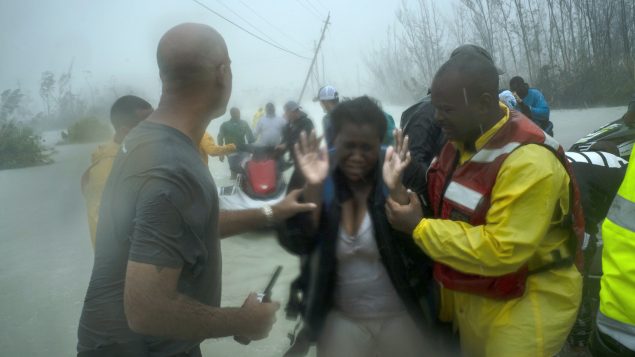 Ottawa has dispatched federal government officials to the Bahamas to assess the situation as the Caribbean island nation ramps up rescue efforts in the wake of a devastating hurricane that killed at least seven people and damaged or destroyed thousands of homes.

Airports were flooded and roads impassable after Hurricane Dorian, the most powerful storm to hit the Bahamas in recorded history, parked over Abaco and Grand Bahama islands, pounding them with winds up to 295 km/h and torrential rain before finally moving into open waters Tuesday on a course toward Florida.

“Canadians remain gravely concerned by Hurricane Dorian and we express our condolences to all those affected by its devastation,” Foreign Affairs Minister Chrystia Freeland and International Development Minister Maryam Monsef said in a joint statement.

I just spoke with Prime Minister Minnis about the devastation in the Bahamas caused by Hurricane Dorian. Canada stands ready to help the Bahamian people and communities affected by this disaster and has pledged $500,000 in initial emergency assistance.

Two additional Canadian officials are expected to arrive in Nassau on Wednesday to beef up the assessment teams and support hurricane-affected Canadians, Freeland and Monsef said.

As they gain access to the hardest hit areas, these assessment teams will help provide a clearer picture of the storm’s impact on the affected populations and their associated needs.

Ottawa also announced Wednesday up to $500,000 in emergency assistance to support experienced humanitarian organizations on the ground.

However, Canada has not received any requests yet to deploy its Disaster Assistance Response Team (DART), made up of highly trained military and civilian experts, officials at the Department of National Defence said.

‘One of the greatest national crises’ 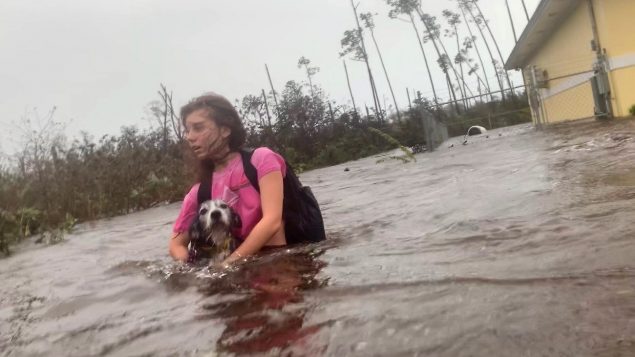 Julia Aylen wades through waist deep water carrying her pet dog as she is rescued from her flooded home during Hurricane Dorian in Freeport, Bahamas, Tuesday, Sept. 3, 2019. Julia Aylen is the daughter of Photojournalist Tim Aylen, author of this photo. (Tim Aylen/AP Photo)

Aid agencies estimated that tens of thousands of people would need food and other support.

“We are in the midst of one of the greatest national crises in our country’s history,” Bahamas Prime Minister Hubert Minnis told a news conference. “No effort or resources will be held back.”

Some storm victims remained on rooftops, awaiting rescue, according to media reports early on Wednesday.

“We can expect more deaths to be recorded. This is just preliminary information,” Minnis said.

“Marsh Harbor has suffered, I would estimate, in excess of 60 percent damage to their homes,” Minnis said, referring to the port on Great Abaco.

“The Mud, as we know, has been completely destroyed or decimated,” he said referring to a shantytown known as the Mud and the Peas. 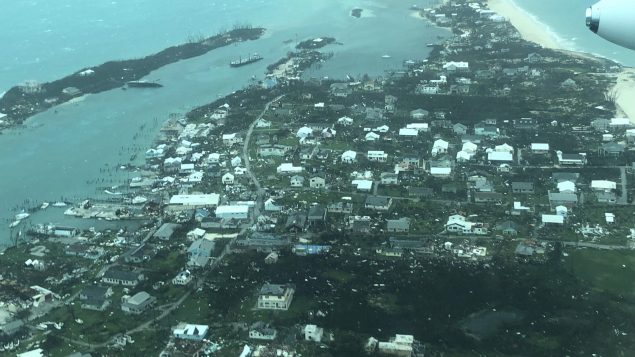 This aerial photo provided by Medic Corps, shows the destruction brought by Hurricane Dorian on Man-o-War Cay, Bahamas, Tuesday, Sept.3, 2019. Relief officials reported scenes of utter ruin in parts of the Bahamas and rushed to deal with an unfolding humanitarian crisis in the wake of Hurricane Dorian, the most powerful storm on record ever to hit the islands. (Medic Corps via AP)

“It’s not rebuilding something that was there; we have to start again,” she added.

While Dorian weakened on Tuesday to make it a Category 2 storm on the five-step Saffir-Simpson intensity scale, forecasters warned it was still dangerous.

Residents of coastal Florida, Georgia and South Carolina were bracing for Dorian’s approach on Wednesday, with the National Hurricane Center warning the slow-moving storm could make landfall in South or North Carolina Thursday or Friday.