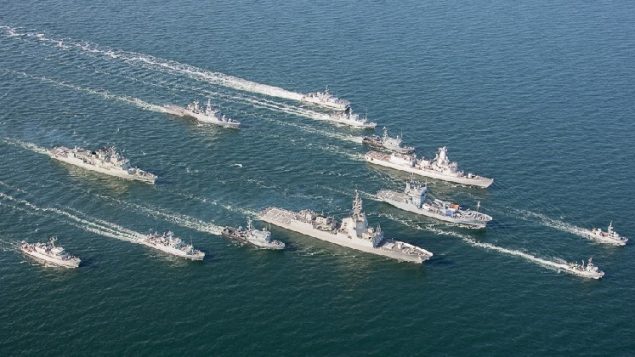 The exercise which began on Monday in Copenhagen  and hosted this year by Denmark, takes place over the next 3 weeks (Sept 19) in the straits connecting the Baltic to the North Sea, as well as  between Kiel and Bornholm.

As an interesting prelude, in August, a large Russian naval exercise was held in the Norwegian Sea involving some 30  surface ships, submarines and supply ships. Norway’s Defence Chief was quoted in the Barents Observer saying the objective was to show Russia could block NATO access to the Baltic Sea, North Sea and Norwegian Sea. 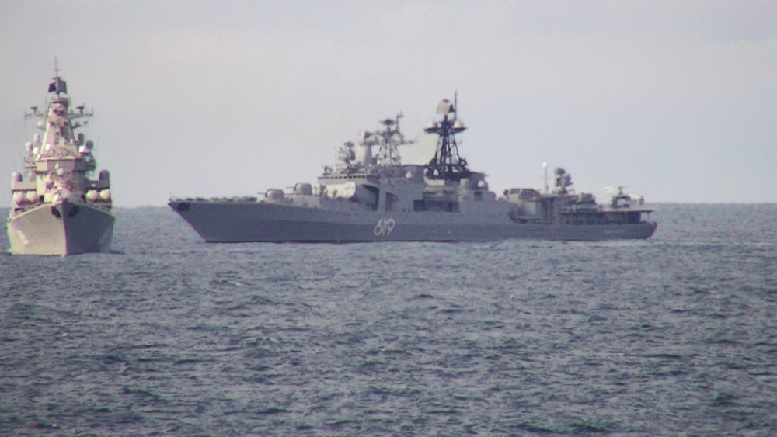 The Russian destroyer “Severomorsk” in the Norwegian Sea..a show of force prior to the Northern Coast exercise. (Forsvaret.no-Norwegian Armed Forces)

Haakon Bruun-Hansen said it was, “an exercise where Russia seeks to protect its territory and its interests by deploying highly capable ships, submarines and aircraft with the purpose of preventing NATO of operating in the area”.

The exercise Northern Coasts has been an annual event since 2007