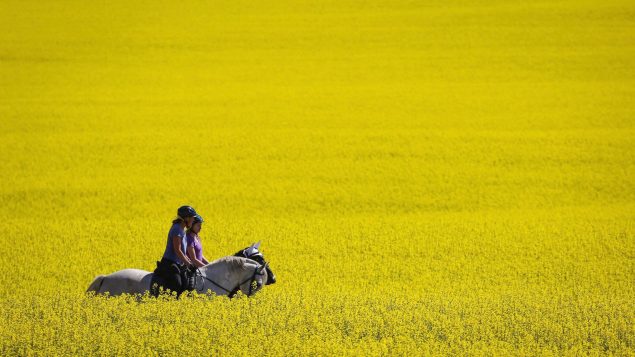 Riders and their horses pass through a canola field as they take an afternoon trail ride near Cremona, Alta., Tuesday, July 19, 2016. The organization that represents rural communities in Saskatchewan says Ottawa must do more to sort out the trade dispute with China affecting Canadian canola exports. (Jeff McIntosh/THE CANADIAN PRESS)

The move comes as Ottawa and Beijing find themselves locked in a diplomatic dispute over Canada’s detention of a top Chinese telecom executive on a U.S. arrest warrant last December.

The arrest in Vancouver of Huawei chief financial officer Meng Wanzou, wanted by U.S. authorities for alleged fraud and breaches of American sanctions in Iran, has infuriated Chinese officials.

While the two men receive regular consular visits by Canadian diplomats, they have been denied access to lawyers and their family members since Dec. 10.

China has also placed restrictions on various Canadian exports to China, including canola and meat.

“Our government is committed to rules-based international trade and has continued to advocate on behalf of Canadian farming families since China raised concerns over Canadian canola earlier this year,” said Carr in a statement. 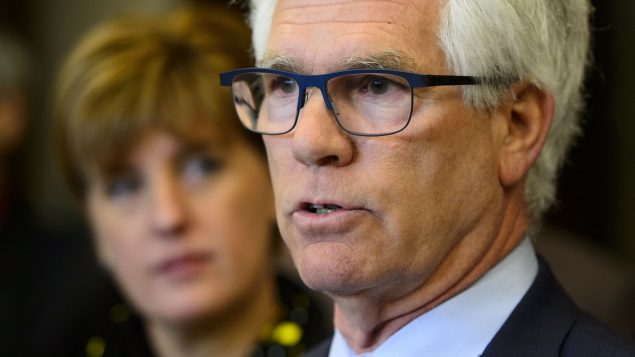 Jim Carr, Minister of International Trade Diversification and Marie-Claude Bibeau, Minister of Agriculture and Agri-Food provide an update on the government’s response to the canola trade dispute with China during a press conference on Parliament Hill in Ottawa on Wednesday, May 1, 2019. (Sean Kilpatrick/THE CANADIAN PRESS)

The Liberal government of Prime Minister Justin Trudeau has already raised its concerns at the WTO General Council in early May, Carr said.

“Canada has continued to engage with China at various levels with a view to resolving the issue,” Carr said. “In order to make progress, Canada is seeking bilateral consultations at the WTO, which is the usual next step when direct engagement does not lead to resolution.”

Carr added that the federal government is standing by Canada’s “robust food inspection system” and will continue to keep farmers and producers informed of progress at the WTO.

Earlier this week, Trudeau announced the appointment of Dominic Barton, a former global managing director of consulting firm McKinsey & Co., Canada’s ambassador in Beijing in a move widely seen as opening the door for mending relations with China.

However, on Thursday Trudeau once again criticized China’s “arbitrary” detention of the two Canadians, denouncing it as a  tool to achieve its international and domestic political goals.

That comment sparked the ire of a spokesman for China’s foreign ministry on Friday, who reiterated Beijing’s position that Meng’s arrest had no basis in law and that Canada was acting as an American pawn.

“In order to pander to the U.S. political purposes, Canada has arbitrarily detained a citizen of a third country who didn’t violate any Canadian law at all,” Chinese foreign ministry spokesman Geng Shuang said at a daily briefing Friday. “It has acted as the cat’s paw of the U.S. and collaborated with the U.S. in orchestrating the Meng Wanzhou case. Is this the rule [of law] Canada acts upon?”