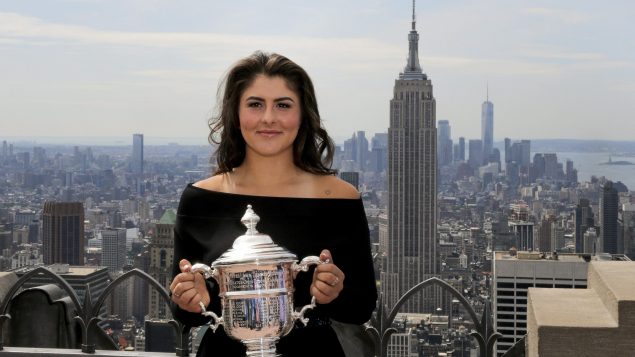 Crombie told CBC News the citizens of Canada’s sixth largest city are “exhilarated and so thrilled” by Andreescu’s win over tennis super-star Serena Williams on Saturday.

“We have already promised to give her the keys to the city,” Crombie said. “This is a very, very rare privilege – I’ve only done it once before to our former mayor Hazel McCallion – so this will be the second set of keys that I’ll be bestowing on any individual,” Crombie said.

The city council is also thinking about rallies and parades and street namings, the mayor added.

Mississauga’s Celebration Square can accommodate up to 70,000 people, she added.

She did it! #SheTheNorth. First Canadian to win a Grand Slam. Congratulations @Bandreescu_ on winning the #USOpen Title 🏆 We are so proud of you! The key to the City of #Mississauga is yours forever 🎾🇨🇦 pic.twitter.com/pHliqQrOf4

The 19-year-old champion told CBC Sports she’s been flooded with messages of love and support from fans all over Canada and expects “for it to get even crazier” when she returns to her native city.

“I’ve been feeling all the love just by watching what’s happening on social media but actually going there in person to feel it will be a whole other story, I’m really excited for that,” Andreescu told CBC Sports, after posing with her trophy on top of New York’s Rockefeller Center Sunday.

“There is no place like home, right? And especially after this accomplishment and just having that moment at home to celebrate with my friends and family will be very special.”

However, all that depends when Andreescu is back in Canada and the city where she was born and raised, Crombie said. 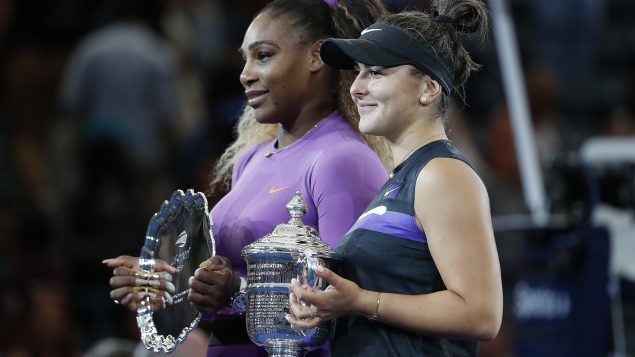 Andreescu was born in Mississauga, a suburb of Toronto, in a family of Romanian immigrants. Her parents, Maria and Nicu, moved to Canada in mid-1990s and first settled in Mississauga and then in Vaughan, Ontario.

Andreescu was partly raised and began playing tennis in Romania after her parents briefly returned there.

Upon her return to Canada, she pursued her love of tennis more seriously, training at the Ontario Racquet Club in Mississauga.

Andreescu has climbed 10 spots in the women’s tennis rankings to a career-high world No. 5 following her win over Williams.