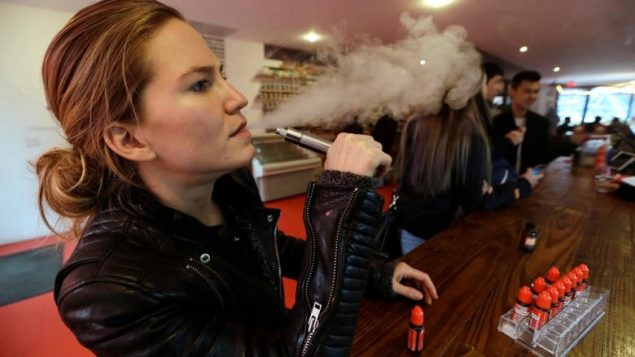 Health officials in Canada and the U.S are on alert after five deaths and many lung illnesses were found to be related to vaping. (Frank Franklin -AP)

E-cigarettes and vaping, was supposed to be a safer alternative to tobacco smoking, and even help wean people off tobacco. 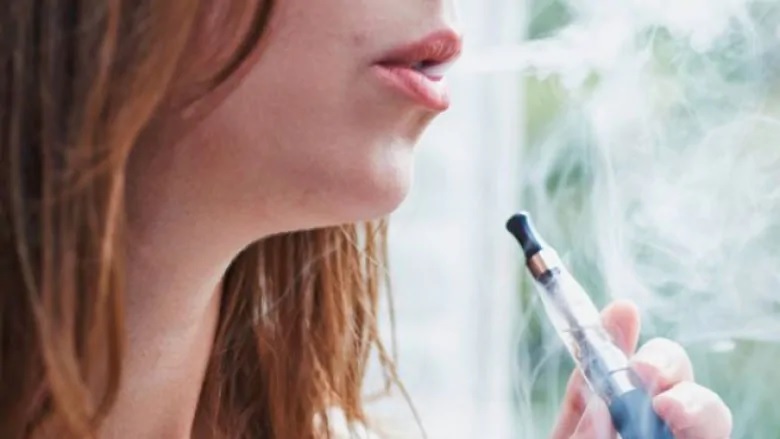 Now in the U.S., there are recent reports of five deaths and hundreds of cases of lung illness connected to vaping. Investigators so far have found in some cases this involves vaping THC, the active chemical in cannabis.

Health officials in the U.S. are also investigating a possible connection to vitamin E acetate in one product which initial investigation indicates it may be connected to several vaping illness cases.

So far there have been no incidents in Canada, but the government agency Health Canada has issued a warning to people who vape in this country to monitor themselves for symptoms such as shortness of breath, coughing, and chest pain. 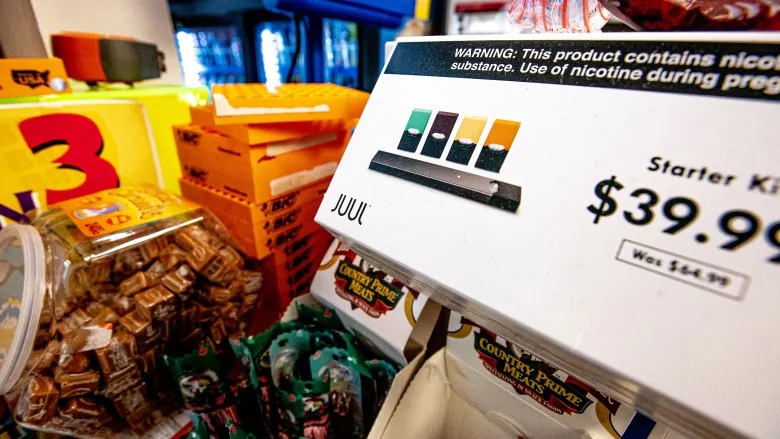 August 2019: E-cigarette advertising hangs above candy at a convenience store in Toronto. Many health experts are concerned about marketing of e-cigarettes seemingly aimed at youths, including “fruity flavours” and colourful advertisements and are seeking tighter restrictions on sales and marketing. (Craig Chivers/CBC)

The government and health officials are looking to tighten restrictions on vaping sales and marketing especially adverts which appear to target youth.  There is a patchwork of regulations across Canada now concerning sales and marketing of e-cigarette products. Hammond says this contributes to confusion over the health effects.

Several American cities have restricted or banned e-cigarettes, but Hammond says a ban in Canada would likely only push people into a black market.