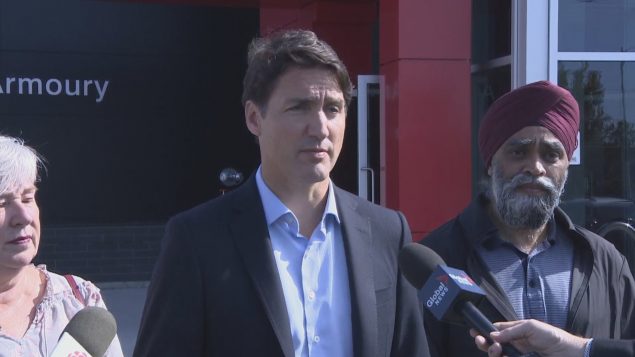 Prime Minister Justin Trudeau arrived in Halifax Tuesday morning to take stock of the devastation brought by Hurricane Dorian as it barreled through Atlantic Canada over the weekend, bringing heavy rains and strong winds that uprooted trees and knocked down power to hundreds of thousands people.

Three days after Dorian made landfall near Halifax, tens of thousands of homes and businesses are still without power.

Trudeau was greeted by Public Safety Minister Ralph Goodale and Defence Minister Harjit Sajjan. The two federal ministers are in Nova Scotia to coordinate the federal response to Dorian. 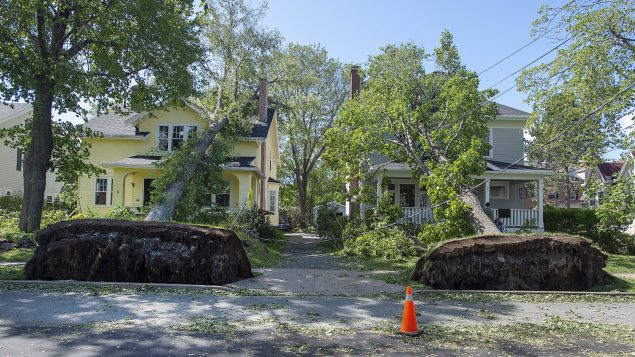 Trudeau said he has been following closely the recovery efforts in Nova Scotia and in other Atlantic provinces that bore the brunt of Dorian’s fury and has been in close contact with provincial premiers and mayors of the affected communities.

“I’m here today to thank the first responders and all the people who’ve been working very hard on something that has been an ongoing effort over the past few days,” Trudeau told reporters in Halifax. “I know that crews have been working around the clock to restore power throughout Nova Scotia and there is a lot more work to do and the federal government is here to support in any way we can.”

‘We’re all in this together’ 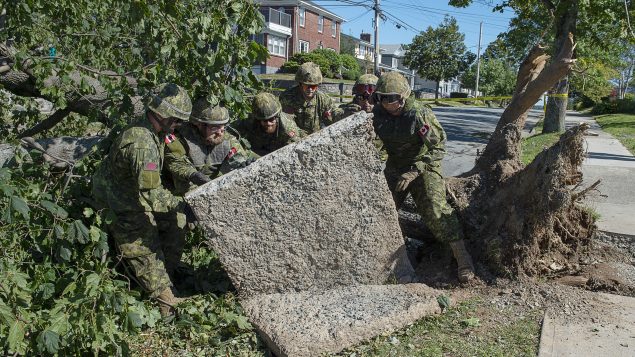 Members of the 4 Engineer Support Regiment from Canadian Forces Base Gagetown move a slab of sidewalk as they assist in the cleanup in Halifax on Monday, Sept. 9, 2019. Hurricane Dorian brought wind, rain and heavy seas that knocked out power across the region. (Andrew Vaughan/THE CANADIAN PRESS)

The federal government has deployed hundreds of troops to help provincial and local authorities with clean up and restoring power to over 105,000 Nova Scotia residents who were still without electricity on Tuesday morning.

In Prince Edward Island, 18,000 customers were without power, and in New Brunswick, the number was 2,600.

“This is serious, we’re taking this very seriously,” Goodale told reporters Tuesday. “We’re all in this together. When there is trouble afflicting any part of Canada, we have each other’s backs and we respond in a strong and collective way.”

Goodale said the government was very grateful that there have been no reported fatalities or serious injuries in Canada as a result of Dorian. 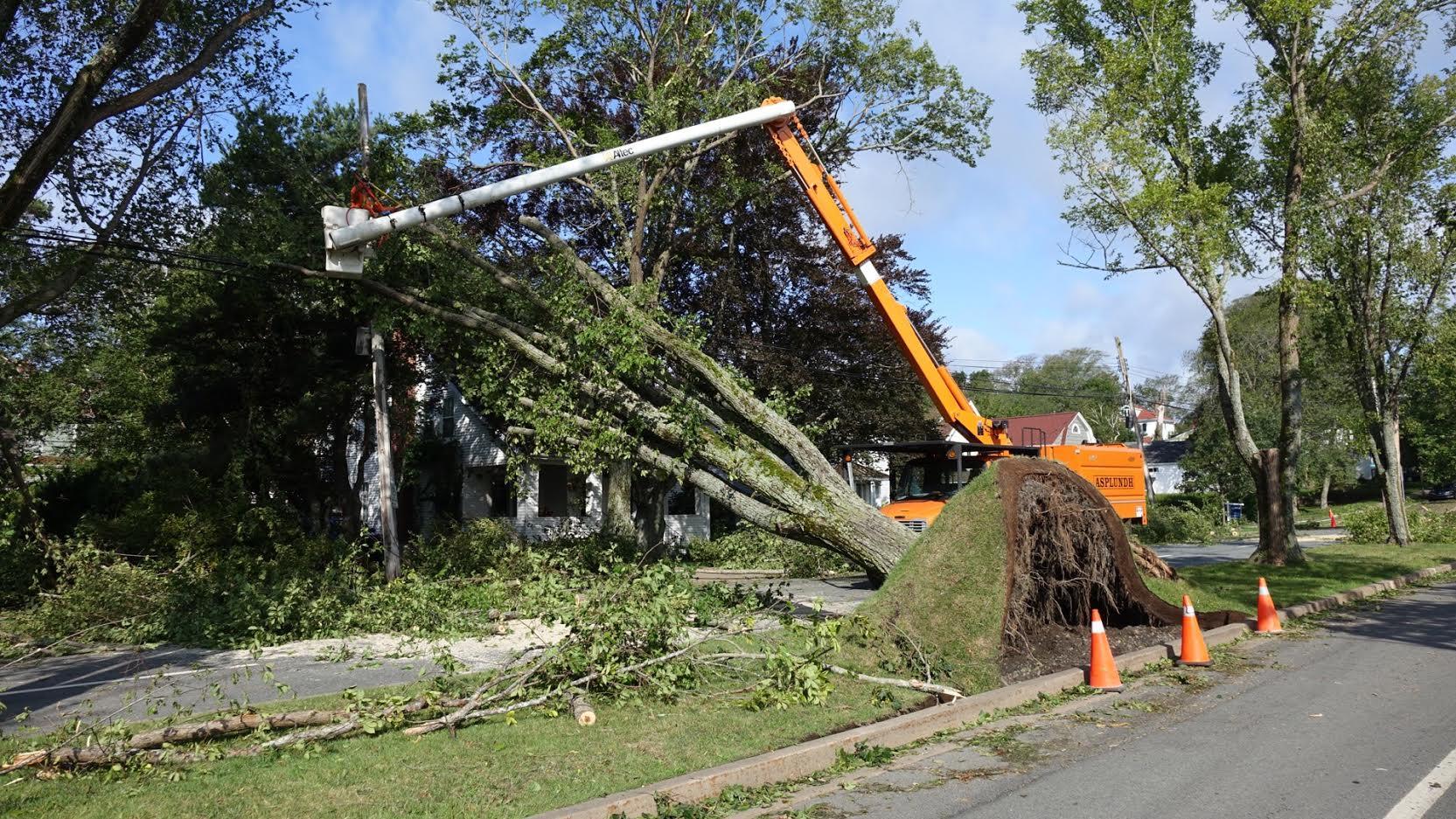 Crews clear downed trees and restore power lines in Halifax on Monday, Sept. 9 in the aftermath of Hurricane Dorian. (CBC)

Goodale also thanked first responders and “amazing local teams,” members of the Canadian Armed Forces, technical crews from other provinces and from the United States, who have been working around the clock to restore power and communications and clean up streets.

The Canadian Coast Guard has also been deployed to help ferry personnel and equipment, as well as to assess damage to local infrastructure, Goodale added.

More than a dozen other federal departments are also involved in assisting with recovery efforts, he said.

“Emergency crews are making good progress but to be clear we’re still in the early days of this response,” Goodale said. “Downed trees and power lines, multiple road closures and washouts are still a very real concern. So is cell service as we heard loud and clear from a number of people in the course of today.”

Goodale urged Canadians who have encountered faulty or deficient telephone service to complain to the federal telecommunications watchdog, the Canadian Radio-television and Telecommunications Commission (CRTC).

Federal funding for reconstruction and mitigation 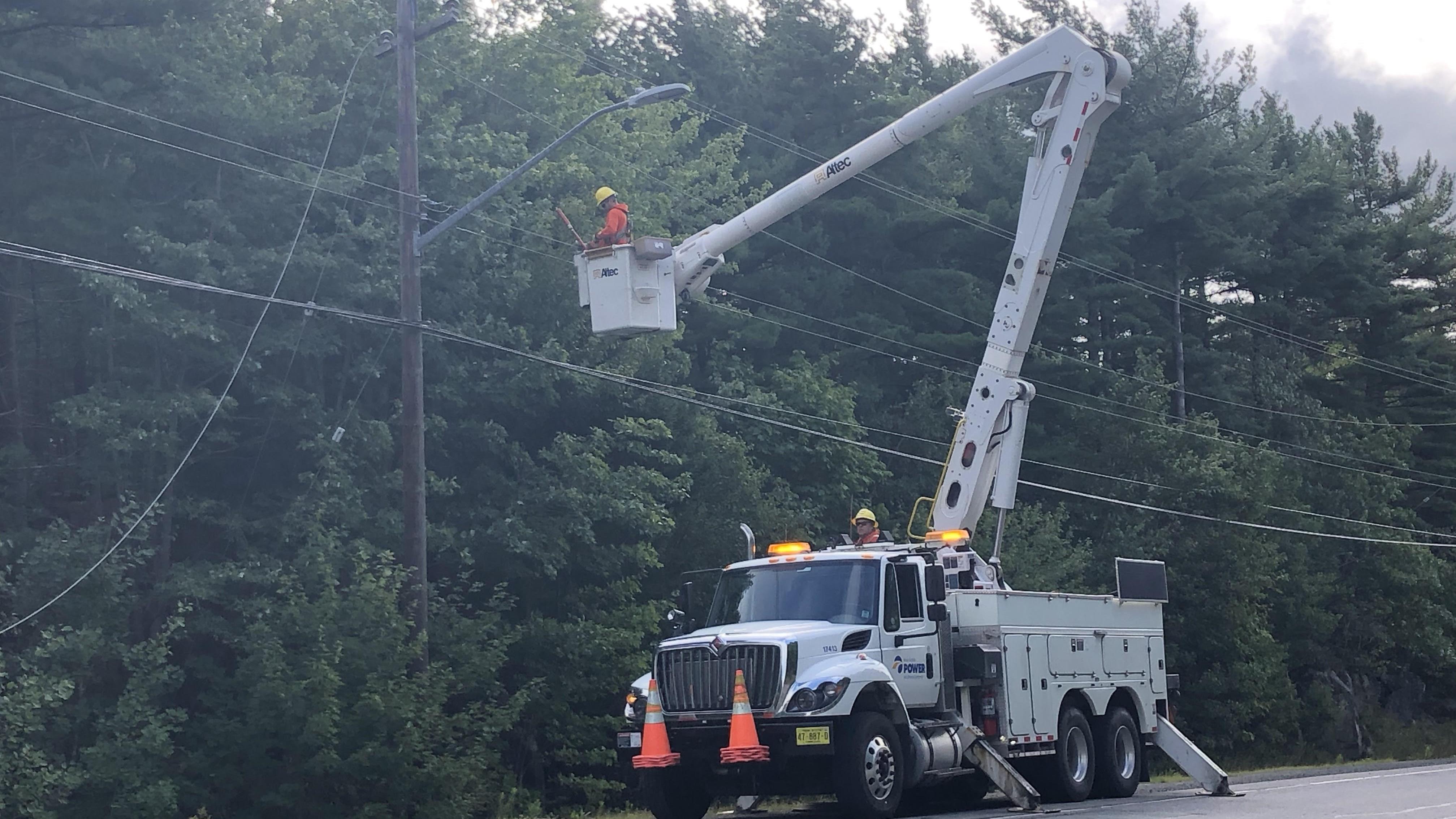 Utility crews work to restore downed power lines in the aftermath of Hurricane Dorian in Halifax on Monday, Sept. 9, 2019. (CBC)

Provincial authorities have taken the lead in the recovery efforts but the federal government is ready to respond to all their requests for assistance, Goodale added.

Following the initial recovery period, Nova Scotia, Prince Edward Island, Quebec and New Brunswick, which have been hit the hardest by Dorian, will also have access to two federal funding programs to help them deal with the reconstruction and risk mitigation, Goodale said.

Under the Disaster Assistance Financial Arrangement (DAFA), provinces and the federal government share costs of reconstruction with a cost-sharing formula that sees the federal share of assistance funding growing the higher the loss suffered by the province, Goodale said.

Provinces also have access to the $2-billion federal Disaster Mitigation and Adaptation Fund (DMAF) to build more resilient infrastructure to deal with the consequences of climate change and more severe weather, he said.

“Hurricanes, storms, floods, droughts, wildfires: all of that are accelerating across Canada and the DMAF, as it’s called, is an effort by the government of Canada to work with provinces to build more resilient types of infrastructure,” Goodale said.

The DMAF program has so far invested over $109 million across Atlantic Canada, he said.

“But it’s the type of program that we are going to have to renew and strengthen and build upon for the future because the consequences of climate change are growing more and more significant and costly,” Goodale said. “And it makes a lot more sense to invest in the infrastructure upfront to head off the problem, rather than just cleaning up the mess after it has happened.”